It’s time once again to take a stab at clearing out the massive backlog of worthy CDs clogging my inbox. Today, it’s quick reviews of five archival live albums, all previously unreleased. 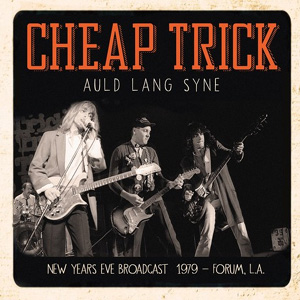 Cheap Trick – Auld Lang Syne
By the tail-end of the 1970s (this show was recorded at Los Angeles’ Forum on New Year’s Eve 1979), Cheap Trick were at the peak of their powers. Dream Police, their fourth studio album, was riding the charts, and this show’s set list focuses on that album, with some old favorites tossed into the mix. The sound of this FM broadcast recording is a bit on the harsh side (note that this is not a band-sanctioned Cheap Trick release), but it ably captures the Rockford, IL quartet in their element. The band’s high energy sonic attack is what’s important here. 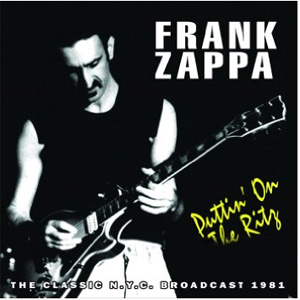 Frank Zappa – Puttin’ on the Ritz
This one’s of particular interest to me, as I first saw Zappa live onstage within a few days of this show. Recorded live in NYC on November 17, 1981, this 2CD set – sourced from a radio broadcast – captures a You Are What You Is tour date. The sound has FM harshness, but it’s a delight nonetheless. Bits of some of these tracks found their way onto official releases. An on-fire Al Dimeola guests on two tracks, but the set’s highlight is a live version of the instrumental “Watermelon in Easter Hay,” Frank Zappa at his lead guitar best. 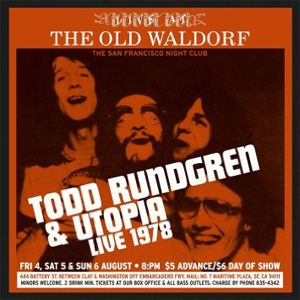 Todd Rundgren & Utopia – Live at the Old Waldorf
As part of Todd Rundgren‘s own ongoing beat-the-boots Archive Series, this 2CD set finds the pared-down Utopia quartet (guitarist Rundgren plus bassist Kasim Sulton, drummer Willie Wilcox and keyboardist Roger Powell) onstage at the intimate San Francisco nightclub. The set features Todd solo favorites plus Utopia tracks from their then-current album, 1977’s Oops! Wrong Planet. Sound quality is flawless, and the performance – especially the vocal harmony work – is stellar. Hints of Utopia’s prog beginnings crop up, but overall this is a pop/rock-leaning set. They even do “Hello, It’s Me,” and close with the transcendent anthem “Just One Victory.” 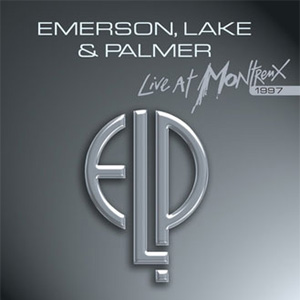 Emerson, Lake & Palmer – Live at Montreux 1997
By this late point in their collective career arc, ELP weren’t touring to promote a new release; they hadn’t put out an album of new music since 1994’s In the Hot Seat, and this set features nothing from 1992’s Black Moon. Instead it’s an all hits set list, reaching all the way back to their 1970 debut and focusing on ELP’s run of successful albums. All of the trio’s strengths (or excesses, depending on one’s perspective) are on full display here. There are better live ELP albums, but there are worse ones, too; this remains a solid live document. 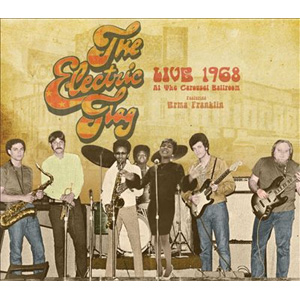 The Electric Flag – Live at the Carousel Ballroom 1968
Easily the most little-known act covered in this entry, Electric Flag were a historically important band thanks to their bridging of soul and rock. This excellent (if warts-and-all) recording captures the band running through a set that mixes originals and soul/blues covers. In addition to reworked arrangements of Beatles and Stevie Wonder tunes, the set includes a major highlight: “The Theme,” a Miles Davis piece that sounds here very much like what The Butterfield Blues Band was doing around the same time with their ambitious “East/West.” Drummer Buddy Miles gamely tackles lead vocals on some tracks; your mileage may vary.