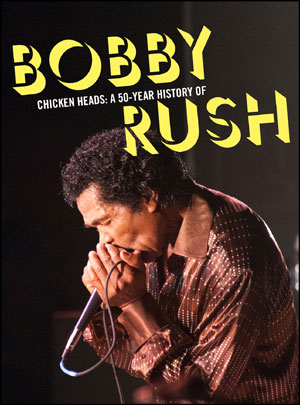 Bobby Rush‘s musical career has spanned fifty years, at least twenty record labels, and most American popular music genres. He’s tough to pigeonhole: Rush’s music encompasses soul, r&b, funk, blues, and more. He’s earned several awards and scored chart singles. Compiling a career-spanning survey of his work is a daunting task, but that’s exactly what Omnivore Recordings has done here. Seventy-four tracks across four discs cover Rush’s music from a relatively slow start in the mid 1960s through his most fertile period in the 1970s and ’80s. The gorgeous color booklet serves up loads of archival photos along with an informative Bill Dahl essay and a heartfelt introduction from the project’s coproducer Cary Baker. Rush deserves mention in the same breath as names like Otis Redding and James Brown. Still active today at age 82, with Chicken Heads, American treasure Bobby Rush is finally getting his due.