Maybe you’ve had this experience yourself: you have tickets to a show. You’re really looking forward to it. You know it’s going to be really good. Then you get there, the band comes on, and…it’s better than you expected. Way better.

This happened to me last night. I am friends with the publicist who handles former Jethro Tull guitarist Martin Barre, and last spring she had asked me for suggestions as to where Barre might play in Asheville during his upcoming tour. I immediately suggested The Grey Eagle: the size is right, the acoustics are good, the sound reinforcement (and staff who runs it) is top-notch. And they have very good food, a great local beer selection, and it’s less than two miles from my home. I put her in touch with the club’s management, and they booked the gig. 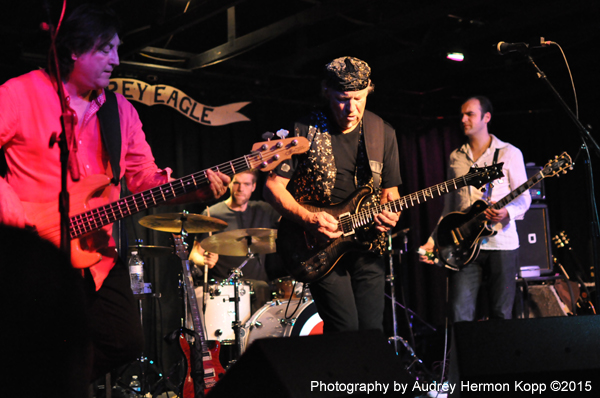 Months later, as the concert date got closer, I pitched a preview feature to our local altweekly (I regularly write for them). Unfortunately, owing to a surfeit of good acts coming through town the same week, there wasn’t space for a story. So I set up an interview with Barre, and instead wrote the feature for Musoscribe.

It was a fun interview, and my conversation with the guitarist left me even more excited about seeing him perform. So last evening, my wife and I headed over to the Grey Eagle. 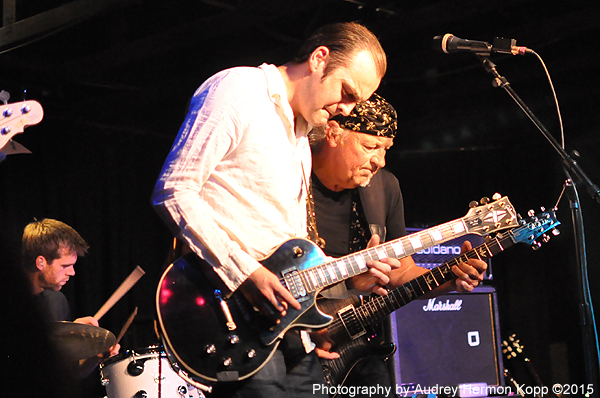 After a solid set by local trio The Get Right Band, Barre and his band took the stage. They immoderately launched into a hard-rocking arrangement of a well-known Jethro Tull song. I found myself surprised that the band’s vocalist, Dan Crisp, was not only a strong singer but a fine lead guitarist. In fact it was Crisp, not Barre, who took the first guitar solo of the set. I was impressed; it says a lot about a musician – one who’s already got a well-earned reputation for his prowess – when he chooses to surround himself with high-caliber players.

The evening was a good mix of original material off Barre’s new album Back to Steel and Tull favorites. But as Barre told me during our interview, “…I realized how little guitar playing was going onto Tull albums.” Last night, Barre truly played like a man unleashed, adding fuel to the fire of Ian Anderson‘s already-excellent songs. 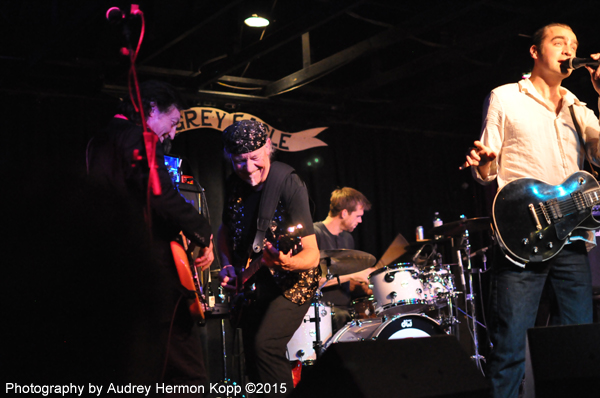 Back to Steel is being characterized as blues-rock, and while I understand that description, I think it sells the music a bit short. There’s certainly a blues sensibility about the music, but it’s rarely “standard blues changes” stuff. And while it’s decidedly guitar-centric (the album has a bit of keyboards here and there; the touring band has none), it’s anything but a lead guitar wankfest. Barre and Crisp traded leads all night – often engaging in dual-lead harmonics of the Thin Lizzy variety; something that unfailingly makes me swoon – but the playing was always lyrical. Unlike much of jazz – or jam bands, for that matter – the songs were not mere vehicles for solo spots. The song were, well, songs. Works that stood on their own, that would have sounded good even without the guitar fireworks. But the guitar work only made them better.

At sixty-nine, Barre seems to be having the time of his life. He bounced about the stage like a man half hs age, and was engagingly chatty with the audience between songs. As he told me afterward, “I was tired.” But you’d have never sensed that watching him onstage. 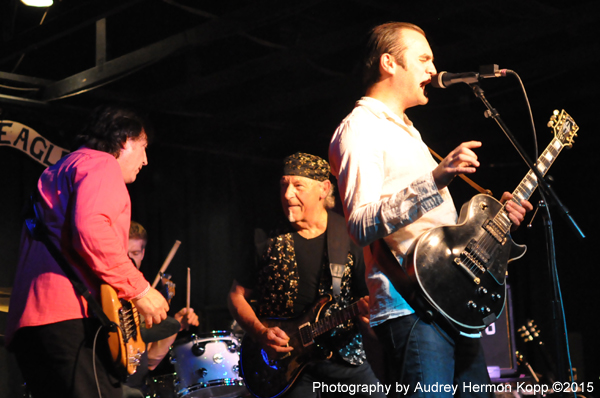 Midway through the set, Barre mentioned Steven Wilson and his work remixing classic Jethro Tull albums. And then the band launched into an ace reading of Porcupine Tree‘s “Blackest Eyes,” a song that deftly mixes metal and melodicism. I complemented Barre on the performance after the show. “Great song,” he said. “I wish I had written it!”

Luckily, his own songwriting muse seems to be suiting him just fine. And his band – which also includes George Lindsay on drums and bassist/slide guitarist Alan Thomson – is all-around superb. There are ten US dates left on the current tour (at this writing, an early show in New York City is already sold out) and then he’s off to Europe. I highly recommend catching him if there’s a date near you. Find out at www.martinbarre.com. 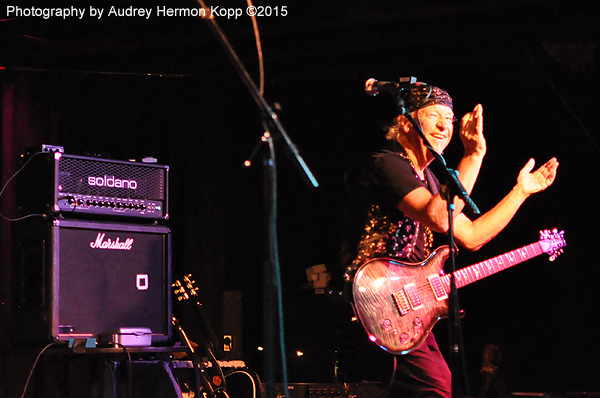