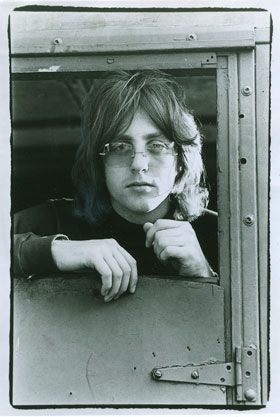 Even a music consumer who vastly prefers vinyl over compact disc must allow that there have been some very important creative/aesthetic triumphs that have happened only because of compact disc technology. From its beginnings in the 1980s, the lower manufacturing cost of CDs meant that it became practical to reissue out-of-print music. In plainest terms, the labels could often justify the costs involved in reissuing albums of note, even if those albums might not have sold in vast quantities on original release. Moreover, they didn’t have to shift gajillions of units in reissue form, either. So it was that relatively obscure records became available once again in the digital-based physical format. But the CD era began some thirty years ago, so one would think that the archival vaults have by now been pretty well swept clean, right? Well, no.

Keyboardist/vocalist Lee Michaels created an impressive body of work on Herb Alpert‘s A&M label, and even hit the Top 40 once or twice with some singles. There was a 1992 best-of CD that is itself long out of print, and some small labels had done reissues of his albums, but those aren’t easily found, either. Between 1968 and 1973, the keyboardist/vocalist released no less than six studio LPs and a live set, but unless you dug around used record bins, you be hard-pressed to lay hands on more than two or three of them. And that was a shame, as Michaels’ music is, at its best, an exemplar of certain musical styles of the era. 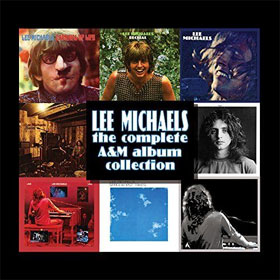 So it’s a quite welcome circumstance that a small, Los Angeles-based independent label called Manifesto Records has secured the rights to reissue Lee Michaels’ seven A&M albums on CD as The Complete A&M Album Collection. Housed in an admittedly flimsy box, each of the seven discs ia presented in mini-gatefold LP sleeve, with the original art and graphics (downsized, of course). And the package features a booklet full of photos plus a very informative historical essay from Brett Milano, author of the new Game Theory bio Don’t All Thank Me At Once: The Lost Pop Genius of Scott Miller. (There’s also a separately available tidy twenty-track best-of CD for those who aren’t ready or willing to take the box set plunge; Heighty Hi: The Best of Lee Michaels also features “Goodbye Goodbye,” a non-LP cut unavailable elsewhere.)

Those looking for bonus tracks and rarities will be disappointed; this new set has none of those. But the relative unavailability of Michaels’ music makes the reissue welcome, and it’s a fine excuse to revisit the man’s catalog of work. 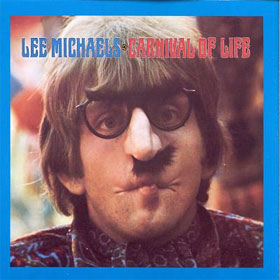 Carnival of Life
Released in 1968, Carnival of Life marked Michaels’ album debut. A varied disc, it displays his strong, soulful vocals out front of a full band; there’s lots of heavy guitar riffage, and the dramatic “Hello” may remind some listeners of Vanilla Fudge. Michaels’ keyboard work (organ, piano, harpsichord) is prominent but – unlike his later work – not a central focus of the record. Carnival of Life is a “band” record in every sense of the term. The famed “Hendrix chord” is a centerpiece of the hard rocking “Love,” which was released as a single but didn’t chart. The title track departs a bit from the heaviness to focus on harpsichord. The baroque-flavored “Sounding the Sleeping” is ambitious in its structure and arrangement, a sort of proto-progressive rock. Tack piano moves “My Friends” along. The list of musicians backing Lee on this disc include organist Rev. Gary Davis and in-demand session drummer Eddie Hoh. Overall, Michaels’ debut is an r&b flavored rock disc that – while it’s typical of the sounds of 1968 – has worn rather well. Carnival of Life didn’t make a mark on the Billboard charts of the era. 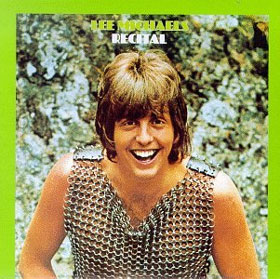 Recital
It seems odd in today’s world, but before the year was out, Michaels had recorded and released another album. 1968’s Recital again featured all original songs, and it sidestepped the dreaded “sophomore slump.” In many ways a stronger album than its predecessor, Recital benefited from a more pared-down musician lineup. Johny Barbata (The Turtles) was behind the drum kit for most of the tracks, while session bassist Larry Knechtel played bass. Michaels stopped – for good – his earlier practice of ceding some keyboard duties to others. His friend Drake Levin – co-leader of Brotherhood and former lead guitarist with Paul Revere and the Raiders – played all of the guitar parts. The arrangements are tighter, sometimes making use of brass and other instrumentation. The rocking parts rock harder, the subtle bits are even more refined, and the songwriting is top-notch. While the other players are solid, Recital clearly marks the arrival of Michaels the singer/keyboardist, the focus of the album. “Time is Over” sounds like an upscale Grassroots. “Fell in Love Today” seems to quote The Beatles‘ “I Am the Walrus.” Michaels’ rhythm and blues orientation is channeled into highly melodic tunes with memorable riffs. And his vocals are somehow even more assured than on the debut. “Blind” is a rare contemplative turn on an otherwise upbeat disc. The brief “What Can He Do” could be a prototype for Lynyrd Skynyrd‘s “Sweet Home Alabama.” “Basic Knowledge” features some tasty Michaels solos on harpsichord and organ. The lengthy instrumental “Spare Change” is a keyboard tour-de-force, and perhaps the best single-song sampler of Lee Michaels’ talents to that date. “The War” was perhaps the least commercially viable track on Recital; inexplicably and somewhat perversely, it was selected as the (non-charting) single. It stiffed. Its b-side, “Goodbye Goodbye” was never released on an album, but is now part of the 2015 Heighty Hi best-of collection. Recital didn’t chart. 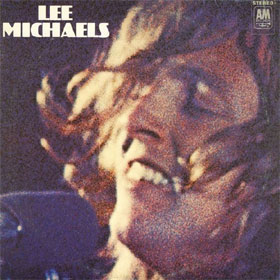 Lee Michaels
By summer 1969 Michaels had made fundamental changes in his musical approach. Paring back the instrumentation to its most basic, the self-titled third album was essentially cut live in the studio (with minimal bass overdubs by Michaels) and featured only the keyboardist/vocalist plus drummer Bartholomew Eugene Smith-Frost, better known as Frosty. With nothing to hide behind (so to speak), the arrangements on Lee Michaels rely completely upon the energy generated by Michaels and Frosty. The approach works surprisingly well, as can be both heard and seen on a January 1970 clip of “Who Could Want More” from the variety TV show The Music Scene. (The TV version is live, and quite different from the version on the album.) The entirety of the original LP’s Side One is a multi-song suite that includes a drum solo titled “Frosty’s” (this was the late 60s, after all). A breathtaking and dramatic reading of the blues classic “Stormy Monday” is different than – but in many ways equal to – the version The Allman Brothers Band would release a little over a year later. The rethink of his musical approach paid off, and for the first time ever, Michaels hit the charts: the album reached #53 on the Billboard charts, and the jubilant, singalong Southern soul of “Heighty Hi” was released as a single (though it failed to chart; it became an FM radio staple).