Album Mini-review: The City — Now That Everything’s Been Said 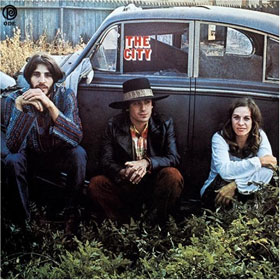 Carole King‘s landmark 1971 LP Tapestry is admired even by those who don’t generally go in for that sort of thing. Her second album (1970’s Writer was her debut), Tapestry is a timeless and richly woven effort. Many music fans know that before embarking on a solo career, King was already a well-established “Brill Building” songwriter; only a few know that she recorded a 1968 LP as part of a group called The City. Moreover, that album’s personnel is nearly the same as Tapestry, right down to producer Lou Adler. Long out of print, unheard, and unfairly dismissed as undistinguished, Now That Everything’s Been Said is in fact a superb album that not only foreshadows Tapestry‘s pleasures, but actually kinda rocks in places. It’s hard to imagine a rock fan who digs Tapestry not falling in love with this disc, newly rescued from undeserved obscurity.

Tags:carole king, light in the attic, the city