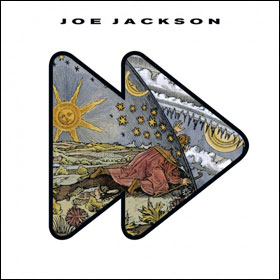 Though he came onto the scene during the “new wave” era, Joe Jackson’s musical concerns have long been more erudite than most. For years he skipped around, skirting the edges of dilettantism. He avoided critical barbs by dint of his authenticity; he really meant it with his forays into Afro-Cuban styles (Night and Day), jump blues (Jumpin’ Jive*), modern classical (Will Power), and ska/reggae (Beat Crazy). But all the while, he’s had a signature style of his own, one as seamless and polished in its own way as Steely Dan. So after the critically acclaimed Duke Ellington project (2012’s The Duke), Jackson returns to classic form for Fast Forward. Its title notwithstanding, Fast Forward is redolent of his earlier work, especially 1991’s Laughter & Lust, but that fact says more about the timeless and enduring nature of the man’s music than anything else.

An edited version of this review was published previously in the Colorado Springs Independent.