The Knack: Zooming Back from Oblivion, Part 2 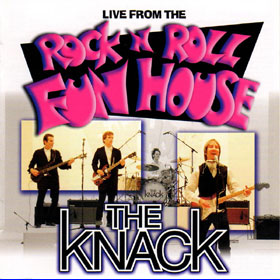 Once the backlash set in, though, The Knack‘s record sales figures took a sharp nosedive. …But the Little Girls Understand reached #15 in 1980, but that had more to do with momentum remaining from the popularity of the debut than anything else. The singles from the album charted only briefly. The following year’s Round Trip barely dented the Top 100 album charts, with one single charting briefly, and the other making no chart appearance whatsoever. The band effectively folded in late 1981, and then officially in mid-1982.

Some reunions – with and without original drummer Bruce Gary — his contentious interactions with his bandmates seem to have been a frequent point of stress for the band – followed, but little came of those efforts until the late 1990s. With progressive- (and new wave-) rock hero Terry Bozzio (Frank Zappa, Missing Persons, U.K.) on board as drummer, the band cut Zoom, an excellent collection of songs that delivered the band’s trademark, slightly snotty (and to some, borderline misogynistic) lyrics set against top-notch melodies. The band updated their sound to fit with the times. One can quibble with the production aesthetic, which now sounds hopelessly dated thanks to Bozzio’s insistent use of a piccolo snare drum. The ace drummer “was in love with that high, cracky snare,” recalls Berton Averre. “It probably wasn’t the best sound for those songs.” Averre defends Bozzio’s role in the band overall, pointing out that “It takes a special drummer to play with The Knack. We ask our drummer to play a lot. There aren’t many drummers who could do it.”

So even with the annoying drum sound, there’s no denying the appeal of tunes like “Pop Is Dead,” the power ballad “Can I Borrow a Kiss,” and the Kinks homage “Terry and Julie Step Out,” among others.

But radio didn’t play Zoom, few reviewers covered it, and the album zoomed (ouch) into oblivion. “As a musician and songwriter, I knew that there was really good stuff on the album,” Averre says. “But I had this funny feeling that nobody was going to give it a listen. And they didn’t. I can’t say I was surprised, but I was crestfallen.” He stands by his pride for the group’s late 90s/early ’00s material. “I do think that if people had heard Zoom…” His voice trails off. “Our lot had been cast, I guess.” 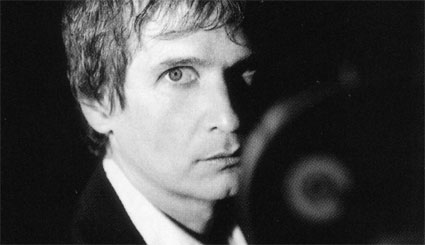 When The Knack played concerts in the new millennium, “One of the lessons we learned when we got back together,” Averre recalls, “was that people would come to our shows, and they’d ask, ‘What happened with you guys? Why is it that you went away?’ We realized how few people were even aware of all of the ‘political’ stuff that was going on.”

One wonders if the “brand” The Knack was an albatross, and if they’d ever considered changing their name. There’s some precedent for that: in the late 1960s, Paul Revere and the Raiders were pegged as hopelessly unhip, so they sent copies of their newest single, the fuzz-rocking “Let Me,” to stations on a disc that pseudonymously credited them as Pink Puzz. The gambit worked for a time. Averre admits that The Knack considered changing their name as well. “Before Doug [Fieger] and I put the band back together, we thought about it.” He winces as he recounts the tale. “We had been back to writing material as a duo [billed as Fieger-Averre], and Doug took some songs to a label. He came back and said, ‘Listen, Bertie. I’ve got good news and bad news.’” The label was interested, and wanted to bill the project as Doug Fieger. “I’m thinking, ‘What’s the good news?’”

Averre figured that nobody knew his name, and that if anybody had the “stink” attached to him, it would be Fieger, not him. On top of that, Averre says, “I had established that this time, I wasn’t going to kind of sit back and say, ‘Okay, [Doug] is the guy that everybody knows.’ I was a fully contributing member, and I deserved my due.” At the end of the day, Averre believes that “a known entity has more potential to open doors, even when it has negative connotations attached to it.” So The Knack they would remain. “If we had changed the name, we would have been starting from square one again,” he notes. 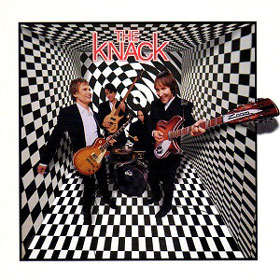 And to a large extent, that’s what happened, anyway. Despite the quality of material on Zoom – to this listener, song for song, it’s the band’s best-ever album – it went nowhere. In a testament to the band’s faith in the material, they would re-release it themselves in 2003, with some bonus tracks. Anyone reading this far will have guessed that Re-Zoom didn’t sell, either. (The 2015 Omnivore reissue of the original Zoom adds several demos that predate the studio sessions.)

In 2002, The Knack decided to put together a live-in-the-studio record, Live From the Rock ‘n’ Roll Fun House. That collection featured a number of songs from – you guessed it – Zoom. And with Bozzio gone, replaced by David Henderson (aka Holmes Jones), the Fun House versions have a timeless feel to them, one that presents the songs in a better light. The energy of a live audience helps, too. “One thing you should keep in mind about us,” says Averre, “is that we were a live band. We were a club band. We always had a strong conviction to being able to represent our songs live. To be able to play well, sing well, to give the people the song.” And the Fun House collection is a document of that commitment.

While on initial release, reviews for these albums – and there weren’t many – were on the whole pretty positive, they pretty much flew under the radar of most listeners. Omnivore Recordings‘ reputation provides a kind of seal of approval that says to serious fans of music, “hey, you should take another look at this.” So does Averre feel vindicated by the positive buzz the band is getting now? “I’d replace vindicated with grateful,” he says. “I don’t have the ability to dictate other people’s taste. The only positive frame of mind for a performer is, ‘I love whoever likes us.’”

He connects that thinking to the band’s history. “I think that’s one of the mistakes we made in the early days. When all of that bad stuff was coming down on our heads, what we should have been doing is concentrating on the many people who did like us. Because they’re the only ones that really mattered.” He’s philosophical about the entire saga of The Knack, and offers this perspective: “As time has gone by, all of the extraneous, semi-political bullshit that people would jump on us…it would cease to matter. We’re decades on from that period now. So when people hear our music now, all they’re hearing is a song. Stripped of the “camp” aspect – as in, the camp against us versus the camp for us – they listen, and they think, ‘this is a pretty good band.’”