The Knack: Zooming Back from Oblivion, Part 1 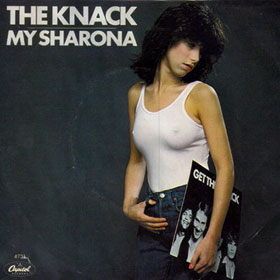 If you’re a rock music fan of a certain age, you know – or knew – The Knack. Their debut album, 1979’s Get the Knack – came out of nowhere and soared up the charts, on the strength of at least two things. First, the high-energy, catchy single “My Sharona,” with its hook-filled arrangement and stuttering rhythmic lines. Two, the massive marketing push Capitol Records put behind the album.

The thing is, as quickly as The Knack rose, they fell. Not due to a drop-off in quality of their music, not due to internal squabbles or substance abuse issues. No, The Knack suffered a backlash, the likes of which have been rarely known in pop music. The idea was that this Los Angeles-based quartet hadn’t paid their dues, that they were somehow inauthentic. And the whiff of that commercial push might have reminded those with long memories of the gambit Columbia tried with Moby Grape on their 1967 debut disc: the label thought it wise to release the contents of the entire album as singles, A and B-sides. Those with their metaphorical knives out decided that the marketing push meant the Grape somehow wasn’t legitimate, and the backlash hurt them.

The Knack’s debut record was produced by Mike Chapman. Chapman was on a career high, having recently scored with production credits for Blondie and Nick Gilder, and – going back a few years, Sweet. Guitarist Berton Averre – the group’s lead guitarist and composer/co-writer of many of their songs – recalls Chapman’s approach in the studio: turn the tape on, and have the band play like they would in a club. Get the Knack effectively captured the band’s sound.

With the benefit of hindsight, both Moby Grape and Get the Knack are now recognized as superb (if slightly flawed) first efforts from bands who – for very different reasons – never again scaled the commercial heights of success.

In Moby Grape’s case, while they continued to turn out occasional gems, they never again did equal the near-perfection of their first record. In the case of The Knack, they too soldiered on, but in their case, they continued to make good albums. In fact, after some missteps, they started making excellent records. But by that time, hardly anyone was listening; several attempted comebacks came to little or nothing, and the band eventually threw in the towel following the death of front man and rhythm guitarist Doug Fieger. 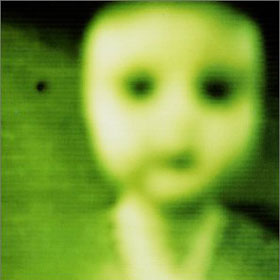 But when they were still active, one of their periodic relaunches yielded a string of three albums that have been unjustly ignored. Nearly two decades after their debut album’s release, The Knack roared back with Zoom (1998), 2001’s Normal as the Next Guy, and – also from 2001 – Live From the Rock ‘n’ Roll Funhouse. Now, in 2015, Grammy-winning label Omnivore Recordings has rescued these three discs from their undeserved, ignominious obscurity, and modern-day listeners – ones who liked the Knack back in ’79 – are getting their first listen to the music contained therein.

But first, back to that backlash. In retrospect, it’s very strange how quickly the band seemed to fall out of favor. It wasn’t as if the style had played itself out; power pop/new wave was still big when MTV kicked off. But The Knack was left behind, prevented from enjoying (and benefiting from) the heightened visibility that MTV offered. “From a personal standpoint, it was traumatic,” says Averre. “It was bewildering how things could turn around as quickly as they did.”

“I did understand why,” Averre emphasizes. “Because what happened was, there were a certain number of people who didn’t like the band. That’s common: some people love a band, some don’t. The guys and gals who didn’t like us happened to be – among others – journalists. Basically, they had the power of the pen, and they would ridicule us.” And their ridicule had a very real effect. “Once you become a joke, that sticks. And it’s hard – if not impossible – to climb back from it.”

After making it clear that he doesn’t consider The Knack in the same league as The Beach Boys, he cites their career arc as another example of what his group experienced. “In the late 1960s, The Beach Boys were a joke. Now you look back and see that Brian Wilson was a true genius of our generation, but throughout the years when they were dismissed as being old fashioned and ‘straight,’ they were making incredible music. But it didn’t matter; it just took a certain amount of years before the stink of having been a joke would wear off. People started listening to that stuff, and thought, ‘Well, jeez…they were great; what was the problem?’”

Averre sees what happened to The Knack in similar terms. “Somebody made us a punchline. And we never recovered from it. It was perception more than anything else.” Meanwhile, it was left to others to continue in the style The Knack had developed, and for those artists to succeed both commercially and from a critical perspective.

There were at least some seeds of truth to the out-of-nowhere knock critics made upon The Knack. It was almost exactly one year – one brief year – between their first gig as The Knack and the release of their first album, on a major label. It’s easy to see how artists who had been toiling in obscurity – as well as their champions – might look upon the foursome who scored a hit with “My Sharona” with some envy. But unlike my handy example of Moby Grape, the Knack weren’t put together by some kind of management team.

The group’s signature sound came together really quickly, says Averre. “We just had a passionate love for certain kinds of music. Doug and I were working together as a songwriting duo, trying to get deals several years before The Knack. Doug said, ‘The live club scene is really happening right now. Let’s put a band together; that’s going to be the best way to get our songs out there.’ And we did. And then Doug and I began writing [like] gangbusters,” he laughs. “Because we had a reason to: ‘Oh, good! We need more songs for the set!’”

One day, Fieger told Averre that they needed an opening song for their live set. And Averre responded by coming up with the music for “Let Me Out.” It was song designed to convey the message, “Here we are; we’ve just taken the stage.” Fieger came up with lyrics that conveyed a starting-the-evening feel. “So it was totally organic how those songs came out,” Averre insists. “It was just [the music] that we were loving at the time, and trying to deliver that.”

The negative press hurt the band, but pressure to follow up their hit also weighed on songwriters Averre and Fieger. “Try coming up with a follow-up to ‘My Sharona,'” laughs Averre. “We’d play a song for somebody, and they’d say, ‘well, it’s pretty good, but it’s not “My Sharona.”’ ‘No shit!’” He recalls that in the years following their hit, they’d have “management types – and take my word for it: they weren’t trying to be funny – tell us ‘Hey, I know! Why don’t you just write another “Sharona!’ Like it’s so simple. ‘Yeah, let’s do that.’”