Hundred-word Reviews for September, Part 3 of 8 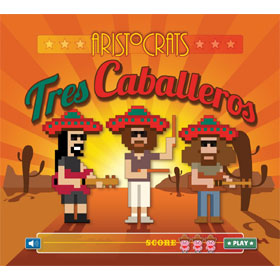 Aristocrats – Tres Caballeros
Speaking of Marco Minnemann, he’s also part of power trio The Aristocrats. He’s behind the drum kit while Guthrie Govan handles (or, shall we say, shreds) guitar and Bryan Beller holds down the busy bottom end with his bass. This is muscular music that deftly straddles the line between look-at-me solo showoffery and tight ensemble playing. Which is just as it should be for an instrumental trio. There’s an off-kilter musical sensibility that, at times, is reminiscent of Frank Zappa‘s late 70s and early 80s work, but The Aristocrats never quite sound like anyone else. Beats the hell outta Chickenfoot. 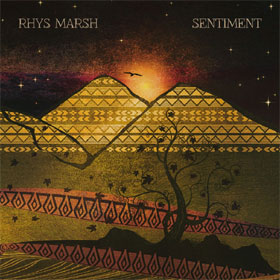 Rhys Marsh – Sentiment
Marsh is part of a musical universe that includes Tim Bowness (No-Man). The Norwegian multi-instrumentalist is involved in a number of musical projects; this solo album is merely one of several projects of his. The handiest musical reference point for Marsh’s solo album might be Porcupine Tree – vocals and lyrics are the album’s prominent focus – but his writing isn’t always quite as hook-filled as Steven Wilson‘s. Lots of real Mellotron adds a nice, suitably dark texture. “Pictures of Ashes” is one of the disc’s most memorable tunes, with lots of shade, light and musical texture. A worthwhile listen. 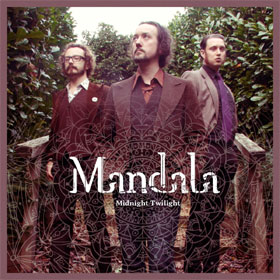 Mandala – Midnight Twilight
And here’s Rhys Marsh yet again, joined by Will Spurling (percussion) and bassist Francis Booth. Mandala rocks harder than Marsh’s solo disc, and there’s an early 70s heavy power trio vibe (Blue Cheer, Black Sabbath) that’s leavened only by Marsh’s soaring and slightly mannered vocals and his keyboards. With its lovely string section work, “The Dark Waltz” is a highlight, and overall, the song quality is a notch or two above what you’ll find on Sentiment. When Booth gets the chance – which isn’t often – to showcase his skills, he shines. Spurling’s precise-yet-splashy drum work perfectly suits the music. 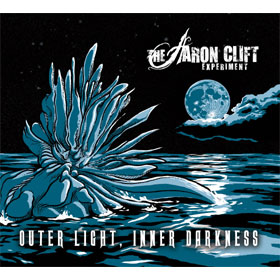 The Aaron Clift Experiment – Outer Light, Inner Darkness
Violin isn’t the most common instrument used to expand rock’s sonic palette. Save for Jean Luc Ponty‘s 70s fusion outings and perhaps Kansas, it’s simply not widely used in rock. And while The Aaron Clift Experiment‘s core lineup is a semi-standard rock setup, nearly half of the tunes on this album feature violin. And it works, adding a yearning, melancholy vibe that plays well off the soaring guitars and melodramatic keyboards. Clift’s impassioned vocals are the cherry on top. Tricky, prog-leaning rhythms are beaten into a melodic form, so meant-n-potatoes rock fans can dig this as much as progheads will. [ORDER HERE] 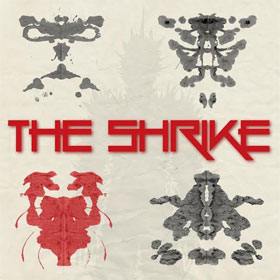 The Shrike – s/t
The Rorschach-inspired cover art begs the question: what do you hear in the music? Imagine Metallica fronted by Pat Benatar, maybe. Strutting, macho rock textures with assured female lead vocals. You won’t find a less-likely looking collection of musicians anywhere this side of Cheap Trick. But it’s the music that matters, and for those who Just Wanna Rock, The Shrike might just be the ticket. There are enough solo bits to satisfy the air-guitar-wielding listener, and the snaky riffs will stick in your head long after the disc finishes its spin. There’s a dark, angsty tinge to the lyrical content.