In the years before I launched the Musoscribe blog (celebrating its six-year anniversary this week), I wrote for a number of other outlets. Music journalism hero Ira Robbins gave me one of my first big breaks when he commissioned me to write a pair of long-form biography/review entries on Trouser Press online. One is a critical essay on the music of Pink Floyd, and the other is a review of Todd Rundgren‘s recorded output. And after the print magazine where I worked (as Editor in Chief) folded, one of my writing team – someone who has deservedly gone on to much bigger and better things) hired me to author a sort of advertorial/feature that appeared as a lavish spread in Billboard. 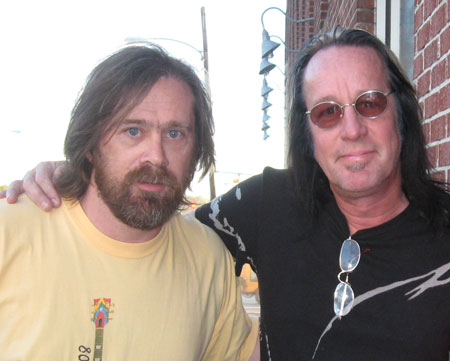 In my early days at that not-to-be-named, now-defunct magazine (they still owe me upward of $7000, the bastards), I was a reviewer. We were assigned albums at random, and I ended up covering some truly awful garbage. These days I only review music I enjoy, but I enjoyed a special kind of amusement reviewing these irredeemably despicable albums (you haven’t heard of most of ’em, which is good, ’cause they suck):

I also wrote some odds-and-ends pieces that had little or nothing to do with music; it was a good bit of fun writing this motel review, this restaurant review, and this short-lived blog about a motorcycle I briefly owned.

I also wrote a stack of commissioned pieces for a music-related project about which I am not allowed to discuss. That project crashed when the economy did likewise (2008) and those work-for-hire pieces have never seen the light of day*. A shame, as there’s some good stuff in there.

But there’s more good stuff here, with more to come tomorrow. Thanks for reading!

* No longer true! Stay tuned for an update.