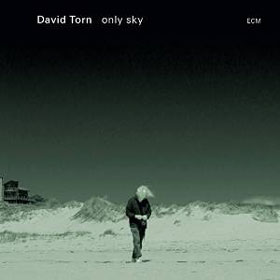 As I would discover within the first moments of our conversation, it’s inaccurate to describe the music made by David Torn as “avant garde.” Which is fine, really, because as the ever-quotable John Lennon once said, “’Avant garde’ is French for ‘bullshit.’” And he would know.

That does leave the challenge of describing Torn’s music, for the benefit of those who haven’t heard it. The thing is, in all likelihood they indeed have heard it. His work for film and television is extensive: beginning in the 1990s, Torn has provided music for major Hollywood films including Lars and the Real Girl, Friday Night Lights, Drumline: A New Beat, and That Awkward Moment. And he’s played on soundtrack sessions for The Big Lebowski, Velvet Goldmine, A Knight’s Tale, The Departed, No Country for Old Men, and many, many others.

Torn’s music often veers toward what one might term ambient, but his compositions bear a quality not often found within that music-as-wallpaper genre: melody. His early influences were rooted in the popular and classical music traditions. “I grew up in a house with a mom who wrote off-Broadway (and was trying to write Broadway) plays. I was surrounded by theater people. I went to classes with Leonard Bernstein,” he recalls. “Who is more melodic than him? And what was more melodic than the Motown that my mom listened to for years?”

“Maybe,” he suggests, “I could isolate this down to a single thing: I don’t consider myself [ambient]. I certainly don’t consider myself an experimenter. Some of my music has very strong, very slow textural and atmospheric things that could be considered ambient, but in the end, I’m just a musician and a composer. And I do what I think needs to be done.” He chuckles, adding, “I prefer not to have to label it for more than the few minutes we’re having a discussion about it.”

In addition to his work for visual media (the aforementioned film and television projects) and for and with other artists (a partial list: David Bowie, Jeff Beck, Tori Amos, Laurie Anderson, Madonna, Jan Garbarek), Torn has recorded and released more than fifteen solo albums under his own name or his sometime nom de musique, splattercell. His latest, only sky (ECM, 2015) continues his blend of textural sounds wedded to a strong sense of melody. Working only with electric guitar, electric oud and an assortment of effects, Torn’s only sky showcases a wide array of sounds that evoke as wide an assortment of listeners’ thoughts and emotions.

Torn concedes that he brings a different mindset to his solo albums than to soundtrack work. Allowing that making music for the movie business is “a service industry,” he says that while “many things are different, it’s the same me. So [while on a film project] you are working to serve someone else’s purposes, in the end you’re often left free to come up with something that they like. In many cases – though not the cases I enjoy – somebody wants something very specific. And I won’t do it if I don’t think I can achieve it. I won’t take the job.”

He expands on the subject. “The logistics and timeframe are completely different. But because it is a service industry, there’s something beautiful about having music serve, for example, a story line. I hate to sound uncommercial,” he laughs. “I’m not a scientist, right? I’m a musician. If you like a story line as a human being, and you see ways in which you can make elements of that story line — character, character development, atmosphere, general meaning of the story – come forward, then that’s exciting. And then I’m me. Thomas Newman once said to me – I’m paraphrasing – that anytime you’re having problems on a film score, find the one thing you love about the film. And then keep your intention attached to that at all times during writing.”

When I spoke with The Flaming Lips‘ composer Steven Drozd in 2006, he acknowledged that manipulation of listeners’ emotions was a goal of his songwriting. Because of the evocative qualities inherent in Torn’s instrumental works, I wonder if he aims for a specific emotional response when composing a piece. “No,” he says. “In the performance aspect of composing a piece of music, I’m simply starting something, and then just following the music. If it’s a direction that I desire to shape, then I’ll direct it again. I feel very specific things when I play; that’s for sure.”

Another signature of Torn’s music is the incorporation of “found sounds” – creative use of things like 60 cycle hum and crackling instrument cables – that lend a degree of spontaneity to his music, especially in live performance. As such, his compositions are less fixed works than platforms upon which he can take listeners on sonic journeys. “If you asked me to play any of the main themes from the films I’ve done, I would play them,” he says. “I would probably interpret them, because that’s what I do, but I would still play the theme.”

His approach to creating and recording the exploratory pieces on only sky is different. “I would have a few moments of silence before I played each piece, some time to feel some kind of intention. Any intention. I would do that for three to five minutes, and then maybe play one phrase on the guitar. One chord, two chords. Then I’d stop, take another few moments of breath, and then just…start.”