Over the last nine business days, I’ve surveyed 45 albums of new, reissued, and/or archival music from a wide array of artists in jazz, prog, soul, rock and other genres. Each review has been exactly 100 words. Today I wrap up that series of capsule reviews with a quick look at five video releases. 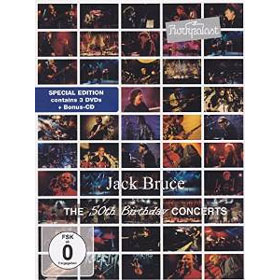 Jack Bruce – The 50th Birthday Concerts
Though it’s long been in the archives of German television program Rockpalast, this set was presumably rush-released in the wake of Bruce‘s October 2014 death. A wildly varied set in terms of musical styles, this 2DVD document of 1993 concerts shows off the amazing versatility of the vocalist/bassist. Opening with a solo (acoustic) bass reading of J.S. Bach’s “Minuet No. 1,” switches to piano (with vocal) and then brings on supporting musicians (including multi-instrumentalist Gary Husband and Bruce’s sparring partner, drummer Ginger Baker.) All involved are in fine form as they tear through Bruce solo material and several Cream favorites. 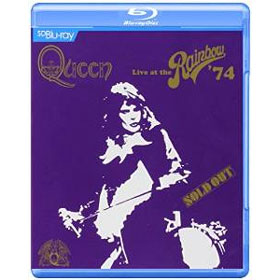 Queen – Live at the Rainbow ’74
On the strength – or rather the lack thereof – of their 1979 double LP Live Killers, I decided that Queen were pretty dreadful live. Not Rolling Stones dreadful, but simply unable to draw upon the balance of refinement and energy that made their studio albums so rewarding. This set from a few years earlier (in other words, at the height of their powers) has set me right. Live sound reinforcement in the mid 1970s was primitive by today’s standards, but you’d never know it from this performance and recording. If anything, these versions are better than their studio counterparts. 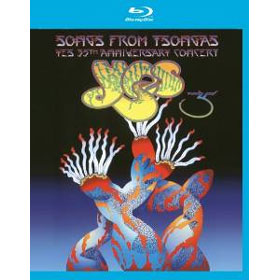 Yes – 35th Anniversary Concert: Songs From Tsongas
Even a semi-hardcore Yes fan has to admit that they milk their repertoire pretty thoroughly. As Jon Anderson admits toward the end of this set, “We seem to get together so many times over the years.” This 2004 performance in Massachusetts was part of the Magnification tour, and featured the more-or-less classic lineup (Anderson, Rick Wakeman, Steve Howe, Alan White and Chris Squire) halfway through the final period they’d all make music together. A bit mannered – as are all Yes shows – it shows the five in full possession of their sharp musical faculties. An excellent show on Blu-Ray. 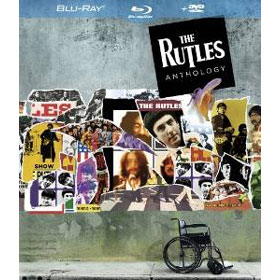 The Rutles – Anthology
Long before The Beatles got around to making their Anthology, some of the guys from Monty Python made a Beatles history (a “mockumentary” that predated This is Spinal Tap), All You Need is Cash. (They had help from one Hari Georgeson, as well.) It’s now legendary as one of NBC-TV’s lowest-rated specials ever broadcast (I saw it). This new Blu-Ray reissue greatly improves the audiovisual quality over earlier versions, and adds relevant bonus material (some earlier, some much later) to create an Anthology of their own. The packaging art alone is wickedly clever, as are the bits on the disc. 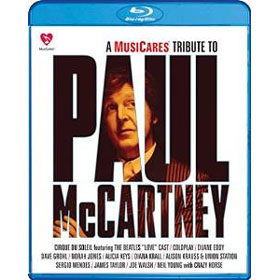 Various – A MusiCares Tribute to Paul McCartney
In 2012, the nonprofit organization MusiCares honored Paul McCartney as their Person of the Year. The gala event included a superstar lineup of artists paying tribute to Sir Macca. And while rock fans might be disappointed in the soft lineup (only Duane Eddy, Dave Grohl, Neil Young and Joe Walsh can be called rockers), the performances are nuanced and often quite good. Alison Krauss & Union Station win the night as they capture the beauty of “No More Loney Nights,” a highlight of the hour-long Blu-Ray. Neil Young & Crazy Horse, however, are in wobbly, old guy garage band mode.

See you next week as we return to one-a-day full-length reviews, features and interviews.