I’m not complaining; it’s a good problem to have. But even after culling the ones I don’t like (and skipping the ones that impress me only mildly), I still end up with a massive pile of albums for review. And when said pile gets out of hand, I do a string of 100-word reviews. I’m right in the midst of that now; today’s collection features artists that fall more or less into the jazz category. 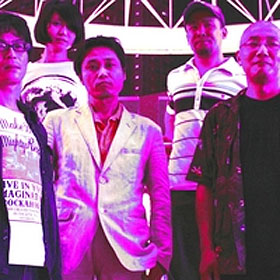 Nekozurashi – Ahostractions
This Osaka-based collective is led by composer/arranger/guitarist Koota Tanimura. The group’s sound distills a wide array of influences, including free jazz, big band, rock, hip-hop and more. Those who came to appreciate jazz form a rock-oriented point of view are likely to enjoy this disc, and will discern echoes of Grand Wazoo and Waka/Jawaka-era Frank Zappa. The tunes always swing, and sometimes swing for the fences. And there are even some ginchy pop songs (sung in Japanese) thrown in; those recall Absolutely Free-era Mothers crossed with, say, The Mops, and approached with a sensibility that recalls Le Sacre du Tympan. 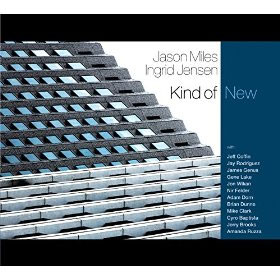 Jason Miles and Ingrid Jensen – Kind of New
The album title is a play on Miles Davis‘ immortal Kind of Blue, but it’s not hubris for this team to reference the master; Jason Miles was Davis’ keyboard player for several years. This delightful disc features Ingrid Jensen on trumpet, and while the tracks occasionally evoke memories of Davis’ Jack Johnson period, the groove and melodies are rooted in a more accessible foundation. Mellow but never, ever falling into the tepid “smooth jazz” trap, Kind of New works equally as well as rewarding subject of active listening as it would for groovy background music for your next cocktail party. 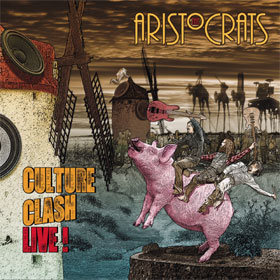 The Aristocrats – Culture Clash Live!
Truth told, The Aristrocrats aren’t most people’s idea of jazz. But while the trio – shredding guitarist Guthrie Govan, monster bassist Bryan Bellar and drummer extraordinaire Marco Minnemann – rock out with the best of ’em, they do in fact come from a jazz sensibility. Those who enjoy the pyrotechnics of a Steve Vai or a Joe Satriani definitely need to check out this group. There’s a bit of overlap between the tracks on the live CD and the live DVD in this package, but they’re different enough not to be redundant. Fun instrumentals include “Sweaty Knockers” and “Blues Fuckers.” 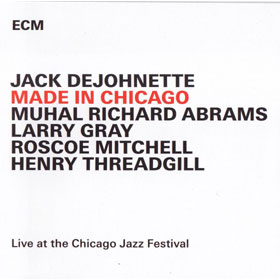 Jack DeJohnette – Made in Chicago
A giant in the jazz-rock fusion world, drummer DeJohnette was an early member of the venerated Association for the Advancement of Creative Musicians. This live disc finds him reuniting with old friends and musical associates including sax/flautist Henry Threadgill and ECM head Manfred Eichler (the latter mixed the recording). That said, this isn’t fusion; it leans in a much more improvisational/exploratory direction, with little in the way of rigid meter or conventional melody. Put another way, it’s the kind of thing that those who dislike jazz point to to support their view. Recommended for fans of the abstract and adventurous.

Chris Potter Underground Orchestra – Imaginary Cities
Another title from the venerated ECM label, Imaginary Cities often feels more like modern classical music (of a most accessible kind) rather than jazz proper. But as soon as one acclimates oneself to that style, the music shifts into some highly melodic movements that give the various players in this large ensemble their chance to shine. The expansive title track is a four-part suite that makes up the bulk of the disc, and it’s exceedingly effective at conveying a wide range of moods. Beautiful, contemplative stuff, Imaginary Cities is worth your undivided attention. A sublime triumph from start to finish.