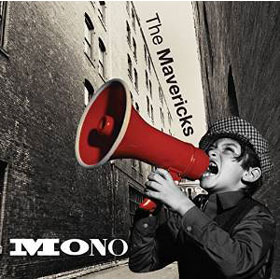 There’s much talk these days about the sorry state of country music. The genre – commercially, more popular than ever – is overrun with what its detractors call “bro country.” Hopelessly (some might say defiantly) clichéd songs about yellow beer, Friday nights, pickup trucks, mean ol’/clueless big city types and whatnot are the coin of the realm, and they all sound like one another. “Even non-fans are starting to take notice,” wrote one recent commentator.

It all largely passes me by, as I’ve never been a fan of modern c&w. Though I did briefly find it inescapable late last summer: I live quite near our city’s baseball stadium, home one sweaty afternoon to a concert pairing Florida Georgia Line and rapper Nelly. To call it awful and lowbrow gives it too much credit. And it was louder than most rock concerts (and I’d know) making it even worse.

Those who appreciate things like musicianship and authenticity (of a sort) in their twang seem to prefer music that falls under the Americana label. And while nobody knows exactly what is and is not Americana, there’s general agreement that it’s the better stuff. And on that I’d agree.

One of the best things about Americana today is The Mavericks. They’re widely celebrated among Americana fans, though I’m not convinced that they are country. Their approach is too wide-encompassing for that – or perhaps any other – label. Founded in Miami at the beginning of the 1990s, the group has released eight albums, including two since their 2013 reunion. Mono, their latest, features two founding members – vocalist Raul Malo and drummer Paul Deakin – plus two more recently-added members, keyboardist Jerry Dale McFadden (with them since the mid 90s) and guitarist Eddie Perez (he joined in 2003). And the music on Mono might best be described – if we need a label – as norteAmericana.

There’s a strong Latin undercurrent to the songs on Mono, most notably the thrilling “All Night Long,” a musical cousin to Santana‘s “Smooth.” It’s a wholly successful hybrid of Latin rhythms, Cuban arrangement, and modern rock/pop. It has hit-single written all over it, though as of this writing it hasn’t in fact charted.

But “All Night Long” doesn’t sound all that much like the remaining eleven tracks on Mono. What it has in common, however, is quality: this is a strong album that’s enjoyable from start to finish. Rock fans – and those with little musical grounding in country (in other words, listeners like me) – will find many musical touchstones throughout the album. “Summertime (When I’m With You)” sounds a bit like Joe “King” Carrasco and the Crowns crossed with Louis Prima. “Pardon Me” is Mono‘s only real country tune; it sounds like classic c&w of the late 1960s and early 70s, with Malo’s yearning vocal a highlight. “What Am I Supposed to Do” is a romantic midtempo number with a great singalong chorus. “Stories We Could Tell” feels like early dance-oriented rock’n’roll a la Bill Haley and the Comets, with a Texas swing feel. “What You Do to Me” could almost be termed ska-country; the accordion works quite well, and some Mariachi-flavored horn charts and electric guitar add to the tune’s excitement.

The stylistic variation continues, though in The Mavericks’ hands, it’s all somehow musically unified. “Let it Rain” is a lovely, lump-in-the-throat ballad. “The Only Question Is” is fifties-styled blues; one could easily imagine Stevie Ray Vaughan joining in on the tune. But here we get a honking sax solo with just a bit of electric guitar answering it. “Out the Door” feels a lot like The Sir Douglas Quintet. “(Waiting for) The World to End” is a swinging party number that no doubt goes over great live (I’ve seen The Mavericks live, and they’re fantastic). The song’s outro repeats the title lyric over and over, though eventually Malo sings, “We’re all waiting for this song to end.”

A romantic weeper, “Fascinate Me” sounds like a late-night barroom closer, with Malo’s voice and rickety tack piano out front. Listed as a bonus track, “Nitty Gritty” is a wry midtempo tune with loads of wonderfully cheesy combo organ (sounds like a Farfisa) that will remind sixties garage fans of Augie Meyers, Doug Sahm, Sam “The Sham” Samudio and other greats. The dialogue between accordion and electric guitar is a delight.

The good-timing Mono is a strong contender for my Best of 2015 album list. If any band is poised to “save” modern country and western music, my money’s on The Mavericks.