Next, it was drone time. The minimalist work of the duo A Winged Victory for the Sullen (joined by three additional musicians) was delivered in the bright, daylit room at the Knoxville Museum of Art. The hypnotic vibe of the group’s work lent itself to simply sitting back and closing one’s eyes. But AWVFTS was having none of that: mid-set, they stopped (“Usually, we never stop playing during a set,” they told us) and asked everyone to stand up instead. Fair enough, but I for one found it more enjoyable when relaxing. 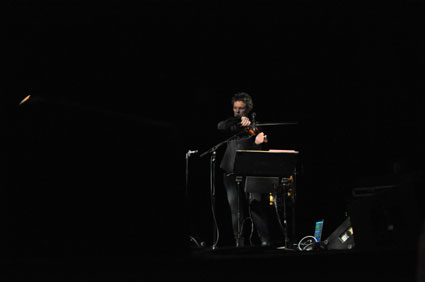 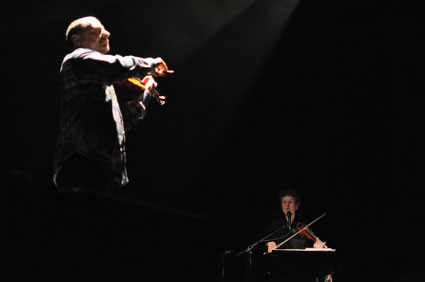 Apparently the Kronos Quartet (described elsewhere as “the hardest working act” at the festival, and rightly so) didn’t have the opportunity to rehearse much with avant garde legend Laurie Anderson before their set. You wouldn’t have known it, though. A near-capacity Tennessee Theatre audience witnessed the somber “Landfall,” a work by Anderson that recounted her personal experiences with Hurricane Katrina. There’s always a winking, slyly humorous undercurrent to Anderson’s work that belies her reputation as an avant garde performer, and the Quartet conveyed a similarly informal approach, even while following a written score. 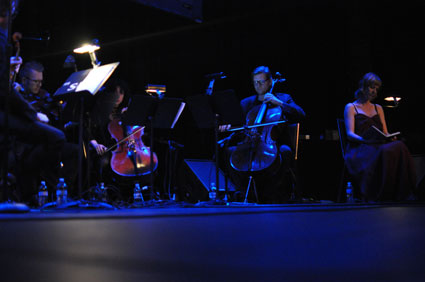 Max Richter is a modern classical composer, and his “The Blue Notebooks” is a piece performed on piano with string accompaniment, and a seated woman in formal evening dress reading brief written passages in lovely “RP” English. Modern classical has an undeserved reputation for being solely atonal, angular and jarring; Richter’s work is nothing of the kind: it’s elegiac, stately, beautiful and evocative. “Infra” did not feature the spoken-word component but was equally enjoyable. The intimate setting of The Bijou (an old theatre that has been home to many great performances I’ve enjoyed in the past) was the perfect setting for Richter’s work. 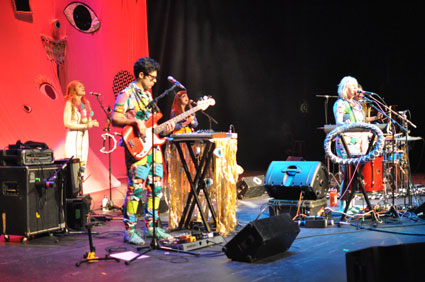 Unfortunately, by this point in the weekend, the cold that I had been denying was starting to overwhelm me. I stuck around long enough to take in part of tUnE-yArDs‘ set, and I am sure that had I been able to stay for all of it, I would have enjoyed it thoroughly. Brightly-colored costumes and a stage setup that put percussion out front (literally) were the hallmarks of their lively, uptempo set. They reminded me of a less-mannered Talking Heads with far more appealing vocalists, and their playful manner seemed focused squarely on having a good time and sharing that with the gathered audience. 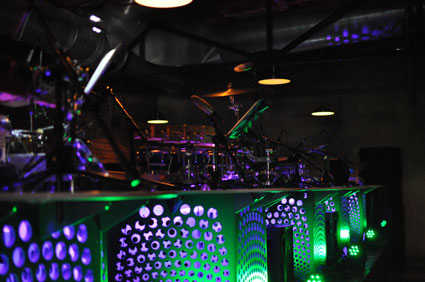 By the time Sunday rolled around, it was all I could do to stay vertical, the head cold having overtaken me completely. I ventured down by the railroad tracks to the funky Standard for a performance (“installation” might be a more apt term) by Tyondai Braxton, presenting a work he calls “HIVE.” Braxton’s avant garde bona fides are without question: his father is jazz multi-instrumentalist Anthony Braxton. The younger Braxton’s work is based equally on percussion and modern technology. “HIVE” was originally commissioned by the Guggenheim Museum, but its arty beginnings belie its modern, techno-leaning qualities. Five musicians, each seated atop a table-sort-of-thing, are armed with all manner of sound-producing devices. Lights and fog are part of the scene, too, placing “HIVE” somewhere between highbrow art installation and all-night rave soundtrack. And it was very loud. 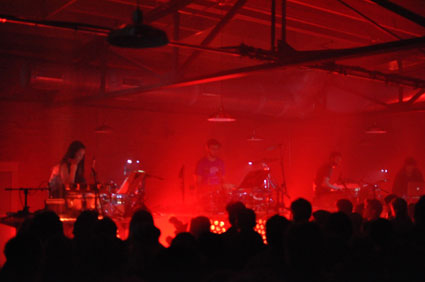 Unfortunately, after that, it was home and bed for me. As a result, I missed sets by Bill Frisell and others, but my overall impression of Big Ears Festival 2015 was one of awe. Big Ears is easily the best-run major music festival in the region. Bringing together the best characteristics of a festival (wide variety of artists in a compact area and timeframe) while minimizing or even eliminating its less-appealing aspects (crushing crowds, intimidating security, AC Entertainment and everyone else involved with Big Ears continues to do an amazing job, and in doing so they attract not only discerning music fans, but top-notch talent the likes of which are rarely seen nor heard in such a setting.

Bringing together this caliber and variety of notable and groundbreaking musical artists is in and of itself a staggering feat. Doing so outside, say, New York or San Francisco is even more impressive. Taking the expertise gained from successful staging of massive festivals (Bonnaroo, for example, takes in more than 80,000 concertgoers) and applying those skills to a relatively small-scale, city-based festival, AC Entertainment has created and sustained one of the most remarkable festivals ever in Big Ears. For anyone interested in where “serious” music is headed in the 21st century, a springtime trip to Knoxville Tennessee can provide some clear direction. I hope I attend again in 2016.