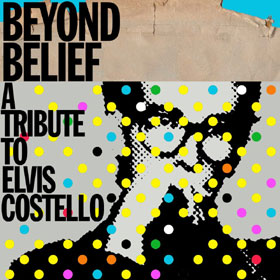 Not long ago, a Facebook friend of mine initiated what turned into a lively discussion. Paraphrasing, the open question that he posed was this: What is the artistic/aesthetic value – if any – of so-called “tribute albums?” And because his list of Facebook friends includes a wide variety of music-focused people, the answers could be said to represent a cross-section (if an unscientifically self-selected one) of opinions.

Many of his friends are recording artists. Many are musicians, serious music fans, record collectors, and so on. And some are perhaps merely casual observers. But a surprising (to me) surprising number of people – men and women, young and not-so-young – weighed in on the topic.

I’d be delighted to report that there was consensus. But there was not. Opinions varied widely, and my own (again unscientific) takeaway settled upon a few possible truths. The first of these is that those who have been involved with tribute album projects – either as artists or as the people in charge of the projects – tend to think that tribute albums are just swell. That said, a number of artists who have provided recordings for some of these projects think that from an artistic standpoint, they’re relatively worthless exercises. Plenty point out that many tribute albums are fundraising projects, with profits directed toward one or another wonderfully deserving cause.

Music writers, on the other hand, tend to approach the subject with much less mercy. While many of them concede the worthiness of the “doing good” album, several made the point (and/or agreed with others making the point) that many tribute albums are good for one curious listen, but – if they’re even kept – they’re rarely taken off the shelf for another listen. A number of those in the discussion mentioned some outliers – those rare tribute albums that somehow transcended the genre – but there was a general agreement that such animals were pretty rare.

Which, finally, brings me to the latest of these. Beyond Belief: A Tribute to Elvis Costello finds no less than fifty artists digging into the catalog of Elvis Costello, (sometimes) pulling out a gem, and then covering it. And the good cause in the case of this project is the Mr. Holland’s Opus Foundation.

The artists cut a swath across the music landscape, but many of them lean toward powerpop and (just occasionally) alt-country. (Aside: Why this is so often the case, I do not know. But powerpop acts seem first in line for this kind of project. Maybe it’s a case of selective perception on my part, since I dearly love the genre.)

Some of Costello’s biggest hits (and best-known album tracks) are covered here, but there are quite a few tunes that will be familiar only to hardcore Costello fans (I’m not one of those).

As is so often the case, the manner in which the songs are interpreted varies widely. Some of the artists seem to be trying to reproduce the originals to the highest degree possible; Chris Richards + the Subtractions‘ reading of “No Action” could pass for an Elvis Costello outtake. (Is that a good or bad thing? It’s up to each listener to decide). And Rob Smith‘s cover of “Girls Talk” sounds very close to Dave Edmunds‘ 1979 version. (And those are merely the first two cuts on Disc One). Butch Walker picks a lesser-known song in “The Other End of the Telescope,” but his reading is pretty faithful to the original. David Myhr‘s “Veronica” has slightly more country flavor that the original, but the arrangement follows the Spike version right down to the vocal harmonies and instrumentation.

One has to venture nearly halfway into the first disc of Beyond Belief to find anything approaching originality (but perhaps that’s missing the point). To their credit, Cloud Eleven makes “Little Triggers” their own. But will listeners ever pick the cover over the original on This Year’s Model? My guess is no. There are some left-field reinventions, here, however. Jamie & Steve turn in a vocals-only reading of “Blame it On Cain.” The track almost surely comes from the same sessions that provided part of Jamie Hoover‘s most recent album. And though (as we discussed in a recent conversation) Hoover used an approach quite different than the one used by Todd Rundgren on his A Cappella album, “Blame it On Cain” sounds more like a Todd recording than a Jamie & Steve one.

Kurt Baker‘s version of “High Fidelity” is one of the best cuts on the set; Baker reinvents the tune (one of Costello’s best) in a style that – in places – may remind listeners of Manfred Mann’s Earth Band (a group that, it should be noted, enjoyed some of their own biggest successes covering the material of others, namely Costello peers Bob Dylan and Bruce Springsteen).

A lovely reading of “I Hope You’re Happy Now” represents a rare solo outing from Severo Jornacion, longtime bassist for The Smithereens (who knew he played guitar, much less sang?). And the first disc ends with The Rubinoos finding the pop at the core of Costello’s “Pump It Up.” Lots of beefy horn charts take the tune in a different direction, leaving the listener to ponder how much of Costello’s catalog might benefit by such treatment.

Fifty songs is a lot of music to wade through. And a fifty-song “rock block” of one artist might be too much for the casual listener. But because of the various-artist nature of Beyond Belief, it plays more like a mixtape. Tim Cullen‘s “Radio Radio” is a straight copy of Costello’s original, but Sundial Symphony does some interesting things with “God’s Comic,” arguably improving on the Spike original.

Part-way into Disc Two we find Matthew Sweet, only the second name likely to be familiar to the casual listeners (Rubinoos being the first). His piano-and-voice reading of “Alison” is elegiac, and ups the pathos ante of the original. (at this point some reader might be wondering why each tune is compared here to its original version; honestly, there’s no other useful measure that comes to mind.)

But being well-known and/or changing the song ’round aren’t necessary prerequisites to a successful tune, as The Tickets‘ winning “From a Whisper to a Scream” ably demonstrates.

Beyond Belief features contributions from many names that will be familiar to those who enjoy guitar pop: Ron Flynt (20/20), Hans Rotenbery (The Shazam), Paul Myers (The Paul & John; Myers’ “So Like Candy” is a major highlight of this set), young powerpoppers A Fragile Tomorrow, Mike Viola (the guy who sang “That Thing You Do!”), Lannie Flowers, Bill Lloyd, An American Underdog, Frank Royster. And every one the tunes they turn in has something to recommend it (as do all of the others).

Which pretty well sums it up. There aren’t any weak tracks on Beyond Belief. The production quality is of a uniformly high standard (something that’s not as given on projects such as this). The mastering (simply put, matching the volume of fifty disparate recordings) is superb. And the selection of artists is excellent (heck, I like the original music from some of these acts more than I dig Costello’s music). And of course there’s the fact that proceeds benefit a good cause. But what remains is that nagging question: is there any musical point to the whole project? Some will insist yes; others cast a resolute “no” vote. The final choice is up to the individual, and your enjoyment of Beyond Belief will be based on your attitude toward tribute collections more than any other factor. Me, I like it just fine. But I really liked 1990’s Where the Pyramid Meets the Eye: A Tribute to Roky Erickson and 1993’s Stone Free: A Tribute to Jimi Hendrix, and I can’t tell you when the last time was that I played either one of those CDs.