“Go Now” and Then: The Ray Thomas Interview, Part 1

The Moody Blues made their most indelible mark on pop music with the landmark LP Days of Future Passed. That concept album was one of the earliest successful combinations of light-classical music and rock. Though it was released in 1967 – the fertile period that also gave the world Sgt. Pepper’s Lonely Hearts Club Band – the album-proper didn’t make its mark on American charts until 1972. (They did hit the US singles chart a number of times, however.) And by that time, the band’s pre-Days music had largely been forgotten (if was ever known at all). The earliest music made by The Moody Blues features a significantly different lineup of musicians, and – at least initially – a sound almost completely removed from the approach used on Days of Future Passed and subsequent albums. 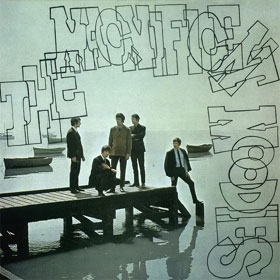 The original Moody Blues featured Denny Laine – later of Wings with Paul McCartney – on lead vocals and guitar, as well as bassist Clint Warwick. The other three members – drummer Graeme Edge, keyboardist Mike Pinder (with Laine, the band’s chief songwriter at this stage), and vocalist/flautist Ray Thomas – would stay on to become the foundation of the more well-known lineup featuring Justin Hayward and John Lodge. The early Moodies sound was built around readings of American rhythm and blues and Merseybeat-flavored tracks; they were for the most part a cover band. As the group progressed, they began writing original material that established a more focused identity, but it was songs such as a cover of Bessie Banks‘ “Go Now” that established the group. They were rewarded for such tunes with spots on the British music charts: “Go Now” reached number one in Britain.

The original group’s sole album The Magnificent Moodies has been reissued and repackaged countless times in the the ensuing nearly-fifty years. In the US the album was reordered and released as Go Now: The Moodies #1, though – like The Magnificent Moodies – it did not chart. Subsequent reissues added various non-album tracks from the era – the group was essentially a singles band – but none of the releases could truly be called comprehensive.

That has changed now, with the new release of The Magnificent Moodies that includes everything the group cut in those pre-Days of Future Passed years, plus a collection of radio broadcast material. Fifty-odd tracks document the period in full. Showing a band in transition from beat group to tunes that tip the group’s hand, the music gives subtle hints of the direction they’d follow soon after Laine’s departure.

Of course 1965 was a long time ago, so perhaps it should come as little surprise that when I ask Ray Thomas the story behind there being two versions of “Go Now” on the new box set – the well-known version plus a slower take with softer piano part – he responds, “I haven’t got a clue.”

“I can imagine,” he continues, “we were just trying things out in the studio. Some of these tracks that have been dug up, I can’t remember ever recording! Denny might remember.”

Taken together, the bonus tracks on the first disc alone of  The Magnificent Moodies box set add up to enough material for a whole additional album. The material is strong, and is weighted more toward originals than the album-proper. “We were really busy – either playing or recording – in those days,” says Thomas. “We were doing a lot of cover versions: James Brown, Tim Hardin stuff.” Thomas doesn’t remember cutting some of the material that ended up on the box set, most notably the songs cut in 1966 with producer Denny Cordell. “I was just doing an interview with another guy in the States, and he was going on about [our cover of] ‘Hang Onto a Dream’ by Tim Hardin. I was absolutely knocked out! The vocal backing on that particular track, I thought, were great. I’m blowing me own trumpet here, but I thought, ‘That’s mighty good.’” Thomas also doesn’t remember cutting “The 23rd Psalm” another bonus track (from 1964) included on the box set. 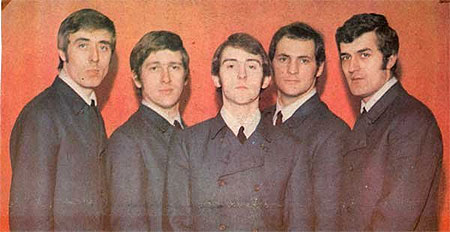 “When we got an eight-track machine in the studio, we were gobsmacked: ‘Look at all this!’” Thomas laughs. “But these were all four tracks. If you had to do any four-to-two to make room for overdubs, it was all razorblades and sellotape. Derek Varnals [producer] was amazing. We’d all sit around and watch while he took one note out. Now, you just press a button.”

“In those days,” Thomas recalls, “We’d do three tracks in two hours. Decca had so many A&R [artists and repertoire] people in those days, for classical, Mantovani-type stuff right through. They had three studios in West Hampstead, London, and they were always booked full. To get studio time was bloody impossible.” So the groups had best be prepared when they got their time in the studio. When the Moody Blues got their turn at the mic, “We used to play live, near enough,” says Thomas. “You had to have ’em all rehearsed up.”

Thomas hopes that this latest – and greatly expanded – version of The Magnificent Moodies will be considered the definitive release of that period of Moody Blues music. “The only thing that I’m a bit pissed off about,” Thomas says, “is that we did a hell of a lot of work on television in France. We were very popular earlier on in France. We did shows with Johnny Hallyday, Josephine Baker. When Cherry Red were putting together this box set, we got in touch with the French version of the BBC; they have reams and reams of these old rock shows. We said, ‘Can we have some of this to put on our box set?’ And they said, “Yes, you can, but this is how much we want.’ It just wasn’t worth it; they wanted so much money.”