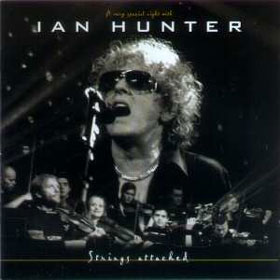 Hunter came to fame in the 1970s leading Mott the Hoople; he enjoyed a brief period of prominence again in the late 1970s as a solo artist. This 2CD set finds Hunter reinterpreting his own Mott and solo material within the context of a mostly-acoustic setting, aided by a lovely string orchestra. His raspy, well-worn voice melds surprisingly well with the high-toned classical trappings; the result is a warm and inviting set of songs. This reissue of a 2003 set is a delight; The Mott classic “Rest in Peace” seems to have been written to be performed in this manner.