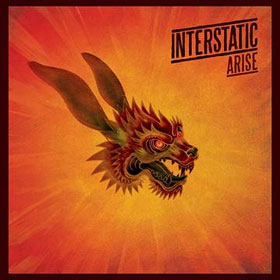 Jimmy Smith more or less invented the concept of organ trio. But it’s unlikely he had anything in mind like Interstatic. Imagine a bluesy, jazzy trio with Hammond, guitar and drums, playing unclassifiable instrumental music. The foundation is straight-ahead – not a lot of uncomfortable time signatures here – but the solid bottom end gives plenty of space for some expressive organ and guitar work. That said, “Caerbannog” is nearly as hard to follow as it is to pronounce. Strong ensemble playing means that everybody’s doing their own thing, but it all holds together, just. Challenging, and somehow still accessible.