From a commercial standpoint, The Blues Magoos were largely over after the lackluster chart performance of their third LP. “After Basic Blues Magoos, we broke up, because we knew we were banging our heads against the wall,” Peppy Castro admits.

But the band did continue, albeit in an unusual fashion. With a new lineup – only Castro would remain – and a wholly different musical approach, a reconstituted Blues Magoos would release Never Goin’ Back to Georgia (1969) and 1970’s Gulf Coast Bound. Castro is pleased to be given the opportunity to discuss those rarely-considered (and long out of print) albums. 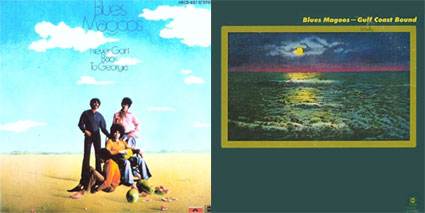 “First,” he stresses, “you have to understand that at that point in time I was only nineteen years old. My father was born in Bogotá, Colombia. He died when I was five months old, so I never got the history or the culture of being half Colombian. So I decided that if I was going to continue to do music, I wanted to do something new for myself. I started putting a band together to explore, to be the first band to come out with ‘Latin rock.’ And at the time, the only things I had access to were offices with The Blues Magoos’ managers, and they offered me a place to rehearse and stuff like that.”

“My idea was to come out with a whole new band, in that style. But when they saw what I was doing, they came to me and said that they – the managers – owned the name The Blues Magoos, and that they had signed the name to ABC Dunhill. So if I wanted to, they wanted me to continue as The Blues Magoos. They were ready to offer me a deal.” Their strategy would be to take Castro’s new project and leverage it with a “brand” that was already known.

But, Castro says, “I turned down the deal. This wasn’t The Blues Magoos. But what I realized – at age nineteen – is that what I’d have to do is go back to square one with this entirely new entity. And that was going to take an awfully long time to get it off the ground. And I was worried that it might take so long, that the style might come and go, and it wouldn’t be fresh any more.” He recalls what he told himself at the time: “If I take the deal, at least I can still be productive. I can still move along as a talent, as an artist.” So he reconsidered, and took the deal. 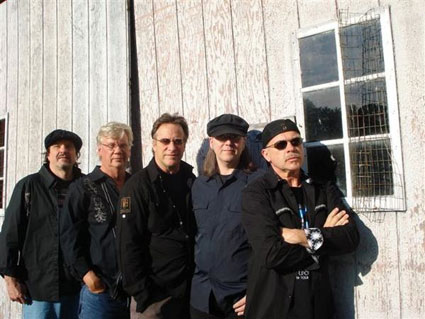 Complicating matters, the remaining members (or ex-members, depending on how one views the complicated circumstances) regrouped and released a single of their own, “Let Your Love Ride” b/w “Who Do You Love,” on a small west coast record label, billing themselves as – you guessed it – The Blues Magoos. The inevitable round of legal wrangling quickly ensued. As a result, Castro says, “the release of Never Goin’ Back to Georgia got tied up for nine months. And in that time…Santana came out! I had the record cut, covered, and in the can.” Castro’s plan of premiering the first Latin rock band were preempted by the Carlos Santana-led band’s debut. Eventually Never Goin’ Back to Georgia came out, with the Blues Magoos name on it. Old fans were confused, and as for new fans, there weren’t many. (“It got tremendous airplay in New York,” says Castro.) He pauses. “Looking back on it now, I would have done things differently.”

But Castro makes clear that he can’t – and doesn’t – complain. “I’ve been able to make music on my own terms for fifty years,” he points out with pride. And part of those terms led to Castro reforming The Blues Magoos (with some original/early members plus some younger, new ones) in 2008. He felt the time was right. “There’s a feeding frenzy in modern culture,” he says. “Every week there’s a new this, a new that. Our society is so fast-paced, it’s like a runaway train. You never know where the fashion is going to go, what’s going to hit next. But when push comes to shove, people still look back upon the [1960s] era as being the most potent, the most intense. A new generation comes along every ten years, rediscovering the genre.” 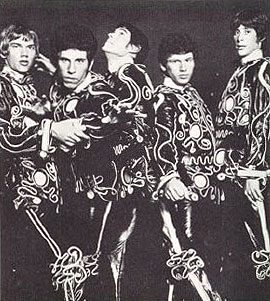 And a key part of that genre was always the visual presentation. The Blues Magoos were famed for their Diana Dew-designed electric suits; the lights grew brighter as the music’s intensity increased. So what ever became of those suits? “God knows what the others did with theirs,” Castro laughs. “But I still have mine. It’s in ratty condition.” He mentions that at some point he might donate it to the Hard Rock Café; I strongly suggest he send it instead to a place of honor at the Rock and Roll Hall of Fame in Cleveland. “One of the suits,” Castro chuckles, “was put into a time capsule by the Smithsonian Institute. It’s there as an example of 1960s art. It’s to be opened in the year 2065! Hopefully my kid can go see it then with his grandkids, and tell ’em, ‘Hey, here’s your great-grandfather.’”

“For me to bring back the Magoos,” Castro says, “this is like my high school reunion! I left home at fourteen, and I never went through high school. Now, I’m retired; it’s not about money. This is about a love for the genre, and it’s nice to spend a moment going back to the era that was the most exciting time in my life.”