Bill Kopp: This current tour [coming to Asheville’s Orange Peel on Nov. 8]  is billed as Dave Mason’s Traffic Jam. From what I’ve read, it seems that you’ll split the show between versions of material that we know from farther back, and the other part is newer material. Tell me a little bit about how the show works.

Dave Mason: I thought it would be kinda cool to put something together where I could revisit things from the beginning, from the Traffic work forward. Essentially what the show becomes is a sort of two-hour travelogue, I guess, of all my music up until this point. We start out with early Traffic stuff, and then after we take a break – though sometimes we do the show straight through, depending on the venue – we come back and I focus on stuff from my own career. From Alone Together to Let it Flow through what’s on the new CD, Future’s Past. 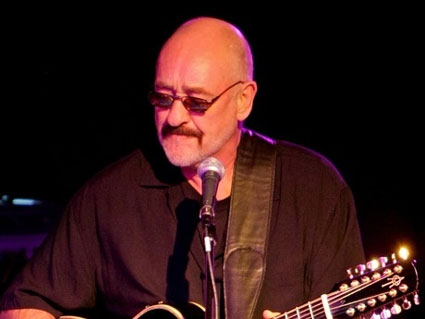 I wasn’t planning on putting out a new CD, frankly. It’s a compilation of things I had been working on at home, playing around with. So there’s some new songs on there, and as you say I revisit new versions of “Dear Mr. Fantasy,” a completely revised version of “World in Changes” from Alone Together, and a live performance of “As Sad and Deep As You.” That’s included because it turned out so wild that I just felt it had to be on there.

Another thing about the show is that it includes some pictorial stuff, and I tell a few stories and things like that. It’s kinda fun, and it’s going over really well.

BK: I believe that I read that the album that became Future’s Past started out as an EP…

DM: Originally, I was just going to put four tunes out. But I had stuff at home, because I’m always futzing around in the studio. And then it was, “Oh, let’s put that one in.” and, “Let’s put that one in, too! That’ll be good.” It ended up being nine songs. 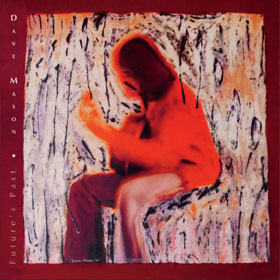 BK: 2008’s 26 Letters 12 Notes was your first album of original material in many years. And now in 2014 there’s this new one. These follow a steady stream of live albums. It seems that in some ways you prefer the stage to the studio; is that true?

DM: The bottom line is now, that it’s truly all about live performance. Frankly, it’s…I don’t want to say the internet killed things, because it’s just another delivery system, but the big flaw is that there’s no radio any more. There’s no way for people to know that there’s something new out. So that’s, to me, the really big problem. In the days of FM, you’d hear some great, mixed-up stuff. Some great music. And for a start, there’d be somebody there deejaying! But as a national format, it just doesn’t exist any more.

The other problem with the internet is that it’s just destroying intellectual property. And the problem there goes to writers [journalists] as well as songwriters. Because everybody’s just taking everything…

BK: There was a time when music journalists could make a living!

DM: Exactly! And that’s the down-side of the internet. I could go on and on, be then it becomes…as people could say, “oh, you’re just bitching.” But I’m not. Because it’s my livelihood. As it would be for a journalist or anybody else.

And so it all circles back to the point that yes, it’s all down to playing live. Which is where it all started, anyway.

BK: The way I look at it, in the days of radio, you had broadcasting; nowadays, it’s narrowcasting. Back then, you’d turn on the radio, and you might hear a hard rock tune followed by a pop sort of thing, followed by something else; kind of all over the map, based at least in part on the whims and tastes of the real-live disc jockey. So people were exposed to different things, some of which they’d like, and some they won’t. Today we’ve got things like Pandora, which to some extent operate on the opposite idea: “So you like this song? Well, here’s something a lot like it that you might enjoy.” So the listener’s focus gets narrower.

DM: Yeah. The focus groups killed everything! [laughs] Everybody gets pigeonholed, tagged. It’s a shame. Because music is much more diverse than that. FM radio was diverse. And not only that: when they played something, they actually told you what it was!

BK: Now there’s an app for that.

DM: But we soldier on!

BK: When I go to a concert featuring artists who came to fame in the 60s or 70s, I’m always interested to look around the room. For some of them, the demographic is simply people in their fifties and over, full stop. For others, it’s more balanced, with younger people in the crowd. Have you noticed, which is it for you?

DM: The bulk of my core audience is 40s up to…hmm…late 70s. But I see younger people being there, for sure. And younger people who come – who are, let’s say, hearing my music for the first time – they come up to me afterward and are like, “Wow! That was incredible!”

Everything gets so categorized, and formularized, pasteurized, homogenized – “it should be this” and “it should be that” – but the bottom line is this: if something is good, and especially if it has the ring of authenticity, then I don’t care what age you are. You’re gonna “get” it.

Mason notes also that signed copes of Future’s Past may be ordered from davemasonmusic.com, and the individual tracks are available for download/purchase. And it is also available on vinyl. — bk