New Crest on an Old Wave: The Dave Mason Interview (Part One)

Guitarist, singer and songwriter Dave Mason was born in Worcester England, halfway between London and Liverpool. A few years younger even than The Beatles‘ George Harrison, Mason came up in the sort of second wave of British rock acts, first gaining fame as a member of Traffic. Alongside Steve Winwood, Jim Capaldi and Chris Wood, Mason was a major force in the band, most notably on their second LP, 1968’s Traffic, on which half of the ten tracks were Mason compositions or co-writes. 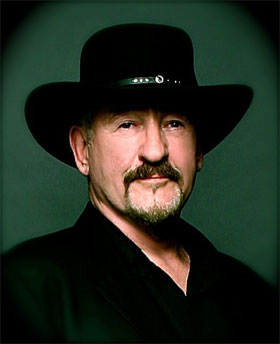 But Mason’s relationship with his bandmates in Traffic was always problematic: he had appeared on their debut LP (writing several songs for it as well) but had left by the time of its release (the American LP used a photo of the band that didn’t include him). His on-again, off-again status in Traffic yielded some excellent tunes – “Hole in My Shoe” (an early hit single), the original version of the now-standard “Feelin’ Alright?” and others – but ultimately he found himself on the outside of the group.

By 1970 Mason began a solo career. He also collaborated with Cass Elliot on a well-received album, and thanks to both his skills as a player and his well-connectedness in the rock community, he picked up a lot of high profile session work. If you’re a fan of rock from the late 60s though the mid 1970s, you’ve probably got a good bit of Dave Mason in your collection, whether you know it or not. He’s on albums by The Rolling Stones, Jimi Hendrix (that’s him on acoustic twelve-string on “All Along the Watchtower”), Paul McCartney and Wings, Stephen Stills, Delaney and Bonnie and more. He was even – for a time in the mid 1990s – a member of Fleetwood Mac.

As a solo artist, Mason enjoyed several hit singles, including “Only You Know and I Know” (1970), 1977’s “We Just Disagree” and several others. These days, Mason concentrates more on public performances than studio work – as we’ll see in a moment – but he’s touring now in support of a new album called Future’s Past. Alongside new songs, the album – and its accompanying tour – takes an encompassing look at Mason’s musical career, most pointedly back to his earliest days in Traffic. In advance of his upcoming Asheville date (Saturday November 8 at The Orange Peel), we chatted about the new album, music old and new, and the state of what used to be called “radio.” The first thing I noticed was that – to my great surprise – having moved to the States decades ago, Mason has all but lost his British accent.

Bill Kopp: On the early Traffic albums – especially the second, self-titled one – your songwriting was a key component of the band’s sound. Did you bring those songs to the band, or did they develop out of group jamming to which you eventually applied lyrics?

Dave Mason: No, they were already written; that’s how I work. Which was sort of a conflict with the rest of them in the band, really. But I usually have a pretty good idea of what the song’s going to be, before I even walk into a studio. Other than how the other musicians might interpret it, the song itself is finished.

BK: Judging by the versions of old Traffic-era songs on Future’s Past, some of the arrangements are often quite different from the versions that Traffic recorded… 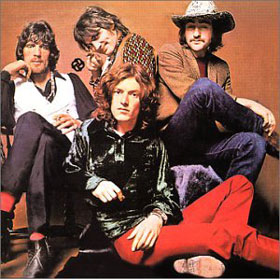 DM: Yeah, “Dear Mr. Fantasy” – which is not my song anyway – the original is in a major key. I put it in a minor key, and added a few more chords. I didn’t change the melody, but I changed it musically, adapted it. I don’t see the point in trying to reproduce what was already done.

BK: It seems that after your work with Traffic, Delaney and Bonnie, Cass Elliot, Derek and the Dominoes and a number of highly regarded guest spots on some of my favorite early to mid 1970s albums, you largely made a decision to work with your own bands. Is that an accurate characterization, or did it just sort of evolve that way?

DM: Well, there really was no [laughs sardonically] – it’s hard to put it into the right terms – there was really no place for me in Traffic any more. That’s why I went on my own. And then at that point, rather than staying in England, I thought it was time to pack a bag and come to the land where it all originated.

BK: Do you find fronting a band more appealing than, say, a more collaborative approach?

DM: [Lengthy pause while he mulls the question] I never wanted to be a solo artist per se. I always liked being part of a band; I thought that differences were what made things stronger. It sort of just turned out this way, I guess. And then I had to sort of [chuckles] learn to stand up there in front and “be the guy.”