Bill Kopp: I thought it was a nice bit of contextualization to include Veronika Kalmar‘s snarky and negative review in the liner notes of the Failure reissue. It might be tough for you to cast your minds back to that time, but how did you react when you first read it in that magazine?

Jon Auer: I have to be honest: I was really hurt when I read that review. As a naïve, music-loving innocent eighteen year old, I didn’t consider that people could try to do you harm publicly. It wasn’t just a bad review; it was a targeted piece. It really cut us down.

Reviews are ultimately opinions, but people read them, and when it’s put into the context of a magazine, it’s an important thing. Everybody’s got an opinion, but the don’t have a vehicle for it. Well, of course now they do; it’s called the internet. There’s another great quote – I’ll paraphrase it because I don’t have it handy – that suggested the magazine made a poor choice of reviewers. [the letter writer] likened it to having a skinhead cover an Al Green concert. I thought that was pretty great. 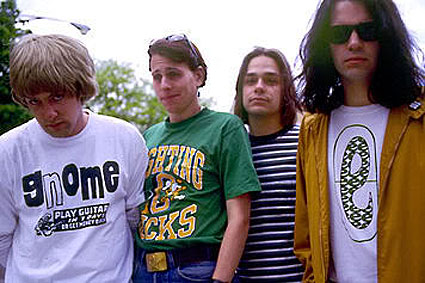 Ken Stringfellow: Well, something had to come up; things were just going too well for us. And the story didn’t really look believable. It really is unbelievable what happened to us. So it looked like there was some payola, or some weird anti-marketing going on. There must have been a master plan to make a band from Bellingham — a duo as unlikely as us – to suddenly be everywhere at once. It defied the laws of credibility. We were two cuts deep into Seattle commercial radio a hundred hours after releasing this homemade cassette; it just didn’t make any sense. And over the course of that summer, it grew so rapidly. If we did a free show where kids could attend, we’d have thousands of people showing up. And we could fill clubs by that summer.

Jon: We became vilified by a certain segment, but it worked in our favor in a way: we kept the letters section in the magazine alive for six months.

And, you know, Veronika apologized to me. She said she didn’t think the review was fair, though she didn’t think it was the greatest record. So there you go. Sometimes you have to wait awhile in life for things to reveal their true colors.

Bill: And in her note included in the liner notes for Failure‘s new reissue, she does refer to Dear 23 as “a masterpiece.”

Jon: But she still thinks the lyrics are too angst-ridden and teenager-y. And you know what? I’ve got to agree with her. Some of the lyrics are that way for me, too. But I was sixteen years old when I wrote half of those songs. We sort of incubated for a couple of years in Bellingham, writing songs until we had enough to make Failure.

Ken: We weren’t from the same music scene as the bands we’d come to know as the recognizable SubPop bands. They were all nascent at that point, just about to happen. Those guys were all just a few years older than us, so they had played in bars; they could hang out in bars! So they had that scene going; Seattle and its environs didn’t really have an all-ages scene. We weren’t old enough to hang out in bars, so nobody knew us. So, who were these dorky-looking dudes playing this dorky music, anyway? It took awhile. So I think Veronika’s reaction at the time was based on an assumption that there must be something un-DIY about us.

The music’s good, I think, but it seemed like more than it just being good: a whole bunch of dominoes fell at once.

Jon: We were hand-dubbing cassettes, and selling them out of our backpacks. We moved like 800 copies that way. That’s not insignificant without anybody helping you.

Bill: In hindsight, Failure is really pretty out of step with what people now think of as the Pacific Northwest scene of that era. What sort of music were you listening to in the period when you were writing the songs that ended up on that first album?

Jon: Oh, jeez. There were things we were listening to that might make you think Failure was the obvious result. But you’re talking about a couple of guys who listened to everything growing up, who went through every phase. We’re just fans of songs and good music. And that comes in any genre, any shape, size or form. At the time, that would have included anyone from Elvis Costello to The Beatles. Or Depeche Mode, as you can maybe see when you look at the picture on the back of the album. We went through a quasi-goth phase.

In fact, I’ll go off on a tangent here about that picture. It tells you a lot about us then. We were always doing our own thing, slightly out of step with whatever was happening at the moment. We had a complex mixture of elements. 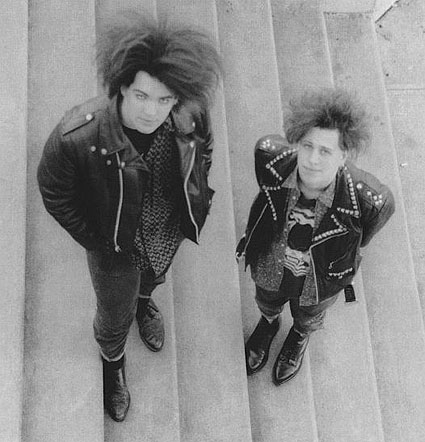 Bill: I look at that picture and I think, “Boots by George Harrison, hair by Robert Smith.”

Jon: Y’know what? Please put that in your piece. Because it’s brilliant.

My first job was working in a record store. I had been one of those kids who went to the record store every day after school. So eventually they just gave me a job. And at the time I looked like I was probably in The Cure or some goth band. But I was into everything musically. I was there when the first CDs arrived in the store, the first ones ever. And you know, of course what some of the first CDs that came out were: reissues of the Beatles albums. It was a pivotal moment; it made those records ripe for rediscovery. I grew up with my parents’ Beatles records, but to get these digital versions and explore them, we started to do that.