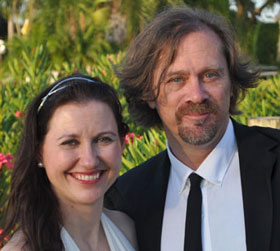 Happy Labor Day to my readers in the USA; happy September to them and everyone else. This month is going to be an especially event-filled one for me: near the end of September, I will be getting married to my sweetheart. The plan is for my normal posting schedule to continue, with some minor modifications.

This week is an unofficial “vinyl week,” duration which I’ll take a look at four 2014 vinyl releases. Some are reissues; some feature new music.

Also on tap: interviews with two classic pop songwriting duos: Ken Stringfellow and Jon Auer of The Posies; and Paul Myers and John Moremen aka The Paul & John. A feature I’ve written on Mardi Gras Indian funk collective 101 Runners will be published in next week’s print edition of Mountain Xpress; it will appear on the blog two weeks thereafter. Next week a reissue of Rick Wakeman‘s Criminal Record will be out on Real Gone Music label; I wrote the liner notes. This month’s Stomp and Stammer (print edition) features my interview with rockin’ Jason D. Williams.

My backlog of albums for review is as large as ever: upcoming reviews will include new music in several genres: loads of timeless pop (Gramercy Arms, The Brittanicas, The Legal Matters, Sloan, Nina Persson, Three Minute Tease, The Psycho Sisters, Martin Newell, The Penguin Party and more), rock and prog (Keith Emerson and Greg Lake, Brian Jonestown Massacre), jazz, blues and soul (Thom Douvan, Mark “Muleman” Massey) and much more. Reissues and/or rarities from X, Sun Ra, Big Star, Jethro Tull, Dream Academy and Cass Elliot are just some of what are in the queue for review.

And a pile of DVDs including a ’74 Queen concert, a recent Ian Anderson show, and a documentary on the life of BB King are all set for coverage.

Around the time of my wedding, I’ll feature a few retrospective posts that will point the way toward some of my older pieces that you might have missed, drawing from my more than 1300 pieces published here on the Musoscribe blogzine.

As always, thanks for reading.