“How did we get where we are right now?” A Conversation with Todd Cochran (Part 1)

Earlier this year, I spent a delightful and fascinating afternoon in conversation with Todd Cochran, aka Bayeté. His 1972 album Worlds Around the Sun has just gotten the deluxe reissue treatment from Omnivore Recordings.

Our discussion began informally as we discussed where I was coming from. As a relative newcomer to jazz, I approach most everything new I hear with the ears and sensibility of a rock fan. That has led me to two specific types of jazz: the highly melodic, pop-leaning work of Cannonball Adderley, and the fusion-leaning experimental jazz of the late 60s and early 70s. As it happens, the latter genre is well-represented by an Adderley album, Black Messiah, recently reissued by Real Gone Music. I wrote the liner notes for the reissue, and a brief discussion of that project helped establish some common ground between Cochran and myself. That said, we quickly discovered we had much more than a love of that album in common, but it served as a touchstone to get our interview going.

We began the more structured part of our conversation discussing the philosophical framework and outlook that Cochran brought to Worlds Around the Sun. — bk

Todd Cochran: The thing that we all come in touch with, once we’re touched by a piece of music, by something that the player wanted us to experience, is that we’re breathing the same air. And the day cycles are the same. We live in parallel existences. I came to a realization, summed up in one sentence: there’s a ring around the world. All of it can be reached at the emotional level. And it’s very exciting when we reach that place. 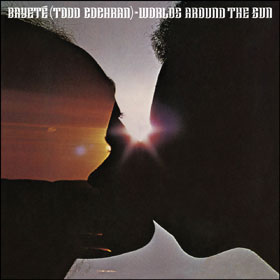 All creative musical forms are only one generation away from extinction. So they have to be explained and described in a way that people can absorb the important aspects of the forms. Like folk music: to really understand that it’s a fundamental type of creativity. So it’s important that we understand how it came into existence. When we try to represent that experience, we’re really re-creating something. And then it takes on an art form in and of itself. And I feel that’s the foundation of jazz, soul, r&b and rock. They take those folk elements to the next level and interpret them.

Bill Kopp: For a brief period – probably no more than a few years – in the early 1970s, there was a rich cross-fertilization between jazz, rock, and what we now call world music. You were in Automatic Man; Stomu Yamashta did his Go albums with some of the same artists; and people like Cannonball Adderley were enlisting musical help from Mike Deasy, Airto Moriera and so on. What do you think it was about that era that provided the fertile ground for these sorts of hybrids to occur?

TC: I feel that it originated with the intensity of the times. There were many different aspects in the cultural stream, all intersecting at the same time. What we saw with younger people – of which I was one; I was very young at that time – were ideas that were new, and a lot of assertions that were often completely opposed to those of our parents. I think that what we experienced on the outside, the expression of that, was revolutionary. And the rebellious part was us reacting to our parents’ outlooks, and their attitudes about us coming into our own, finding our own ways to express ourselves.

The punk music that came forth in the late 1970s and early 80s was an expression of that rebelliousness very directly, whereas the music of the late 60s and early 70s was actually an expression of revolutionary ideas. We all eventually come into a time in which we want to feel something very deeply, and the massive shift in the social dynamics of this country allowed a lot of people to have that deep feeling. And it was certainly transferred into musical forms. And when you have things that are impacting each other, the operative response is to try to find balance. And there were a number of people who were working to find that balance. And that resulted in a lot of experimentation. And one thing that made it very interesting is that a lot of people were able to follow this change in musical tastes; that wasn’t true with the events leading up to this period, with the avant garde. Because these were not avant garde, margin ideas.

BK: Worlds Around the Sun was initially released on Prestige, and had a relatively low profile in the commercial world. Adderley was on Capitol, Miles Davis was on Columbia. I wonder if your album had been on a more mainstream (as in, less associated with jazz) label, if it might have gotten wider notice. 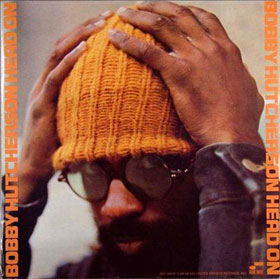 TC: It probably would have. I was on Prestige at the time, along with Hampton Hawes, and Bill Evans had been there. I was signed by Saul Zaentz, who went on to become and auteur in filmmaking. He had tremendous taste; of course everyone knows him for One Flew Over the Cuckoo’s Nest and The English Patient and Amadeus; he had really very refined and sophisticated tastes. And he’s known for Fantasy Records, and his association there with Creedence Clearwater Revival. Saul was married to Charlie Mingus‘ second wife.

My first recordings were on Blue Note, an album I wrote for Bobby Hutcherson called Head On. That featured a twenty-one piece orchestra. And then I did a record with Duke Pearson on Blue Note. I was never signed with Blue Note, though; I wrote a record for Hadley Caliman on Mainstream Records, where I worked with producer Bob Shad.