Home  »  interview • new release • prog • rawk   »   RPWL in Color and in Black and White: The Yogi Lang Interview, Part One

RPWL in Color and in Black and White: The Yogi Lang Interview, Part One

Freising, Germany-based RPWL came together in 1997, initially as a Pink Floyd cover/tribute band. But the group quickly moved beyond the limitations of covering Floyd, creating their own original music in the process. Since their debut, the group has release twelve albums (three of those live albums); their latest is Wanted. 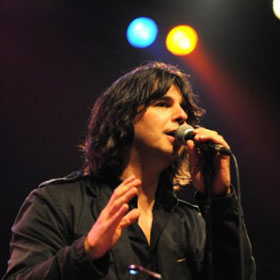 Despite their accessible, melodic style, the band hasn’t gained much of a profile in the USA. Progressive rock fans might know about them, but their polished and accessible sound hasn’t gotten a wide hearing stateside. I discovered their music while listening to a Pandora “Pink Floyd” station I had created, and my introduction to the band was several tracks from 2008’s The RPWL Experience. I later reviewed their third live album, A Show Beyond Man and Time, a live reading a a 2008 studio release. With the release of Wanted, I took the opportunity to speak with keyboardist/vocalist Yogi Lang, one of two founding members still with the band. Here’s our conversation. – bk

Bill Kopp: It sounds like you’re making some changes to your stylistic approach on Wanted. “Revelation” opens up sounding a little bit like Radiohead or The Pineapple Thief, or Porcupine Tree at their most metallic. Did you feel a need to consciously move away from the more – dare I say it – Pink Floydian sound of your earlier albums, at least on some tunes?

Yogi Lang: Absolutely, I know what you mean. But there’s another point: we always try to be very, very close to our lyrical content. You can see that Wanted is like a follow-up of the previous album, Beyond Man and Time. That album was full of pictures, a colorful story about life and our role as individuals going into this world. And so it was full of allegories, so of course the music was more colorful.

And now Wanted tries to get the thoughts of Beyond Man and Time into a story of our here-and-now. So the music is getting rougher and more direct. The life in the here-and-now is of course a [different] life than the one in Beyond Man and Time. Musically, we tried to get at the simplicity of the songs. Beyond Man and Time has all those production [techniques] that you need to draw that picture; on the other hand, Wanted is more black-and-white. [We would ask ourselves,] “Where is this one guitar part that works here? Where is the one bass line that carries the song?”

BK: I suppose those considerations affect the stage presentation of the music as well…

YL: The Beyond Man and Time stage show was colorful, too. We tried to bring onstage all of the figures that are on the album. With Wanted, we want to [convey] the idea of being chased. So there will be more tempos in the show, anyway. 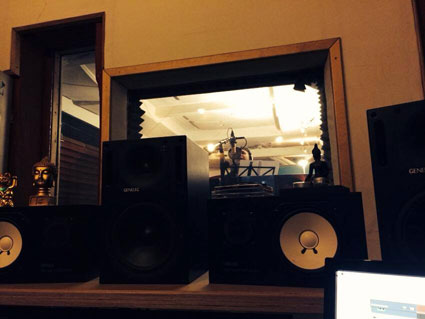 BK: That said, there are still some lovely keyboard textures on the album, a hallmark of your sound. Do you use a real Mellotron, or have you gone the sample route?

YL: I use samples. When I start a song, I always use the keyboards in the computer using the plug-ins. It’s really a comfortable thing when working on demos, on the basics of production. But then I always change to real keyboards for the final version…with the exception of the Mellotron.

I had a Mellotron many years ago, and it was [laughs heartily] a real pain! It never worked really properly.

BK: I had an old Moog that had pitch drift problems, so I know what you mean.

YL: My main keyboard that I use is a Memorymoog!

YL: Yeah. Fifty percent of all the keyboard sounds on the album are Memorymoog. I love it, really. Besides a couple of Roland and Korg pads, I use the Moog. In fact, I try to double every keyboard part that I play with a Moog sound. This brings presence to the music.

BK: Opening the album with an instrumental like “Revelation” seems to point the way to an overture, like one might find on Quadrophenia or Tommy. I know there’s a thematic linking/concept to the songs from a lyrical point of view, but did you work to make Wanted a unified musical statement, or was that not really a concern?

YL: Yes. The music follows the lyrics as closely as we can. That is what we have tried to do since World Through My Eyes in 2005, to move in this direction. But that doesn’t mean [it has to be] a concept album, you know. We never wanted to do a concept album. It was just that with Beyond Man and Time, the work itself forced us into this track. And since Wanted is a follow-up, it was clear that the lyrics would tell a story.

There are a lot of people who are talking of progressive rock as being a category that has to invent a new kind of music, has to go in new directions. I absolutely disagree. What we try to do is find new combinations, new ways to emotionalize lyrics. And this can be something new: what we have to say, combined with the music. And I don’t like this category, prog-rock, anyway. We have to bring in new ideas, but it doesn’t have to be only in the music.

I’m a big Residents fan; they have the ability to bring something new to the music, something that I had never thought about. They create new worlds based on the music. But we just want to connect music to an idea, a thought. And this combination has to be the new thing.