Capsule Reviews: And Yet Three More from Real Gone Music

Here’s the third of four collections of brief reviews of recently-released reissues and/or compilations from Real Gone Music. 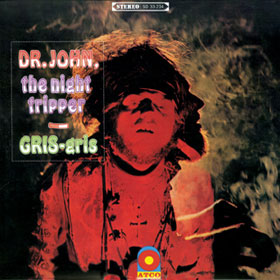 Dr. John, The Night Tripper – GRIS-gris
Dr. John (aka Mac Rebbenack) was a well-known fixture on the New Orleans music scene long before he cut this, his debut album in 1968. And while he’d later enjoy commercial success with his 1973 single, “Right Place Wrong Time,” this album makes no concessions to the marketplace. As Richie Unterberger‘s liner notes mention, Atlantic head Ahmet Ertegun is reputed to have asked, “How can we market this boogaloo crap?” It’s a weird, spooky gumbo of cajun, voodoo, jazz and funk styles, all filtered through a thick, (hard-) druggy haze. The audio quality on some tracks – notably “Danse Kalinda Ba Doom” makes it sound as if the mics were all in the next room over from the musicians (who sound as if they’re dancing over a cauldron while playing).

Definitely weird stuff and not for the faint of heart, GRIS-gris is nonetheless a historically important musical document. For a bit of fun, compare Dr. John’s reading of “I Walk on Guilded Splinters” (sic) with the one cut live by Humble Pie. If you’re open to the sonic equivalent of a bad trip sprinkled liberally with Louisiana hot sauce, this is the ticket. 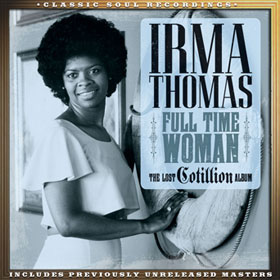 Irma Thomas – Full Time Woman: The Lost Cotillion Album
Speaking of New Orleans, here’s a previously unreleased cache of recordings from the vocalist known as the “Soul Queen of New Orleans.” Irma Thomas had cut a pair of albums for Imperial in the mid 1960s, and even earlier (1960) enjoyed a brief chart presence with “(You Can Have My Husband But) Don’t Mess With My Man.” And in the early part of the 70s, she was signed to Atlantic associated label Cotillion, for whom she cut fifteen songs. Only two were released: “Full Time Woman” and its b-side, “She’s Taken My Part.” For reasons that seemed to have to do with changing popular tastes, none of the other material was ever released.

But once again, Real Gone Music comes to rescue, and the results are quality stuff, very much in line with what Aretha Franklin was doing in those days. David Nathan‘s liner notes tell the story in rich detail. 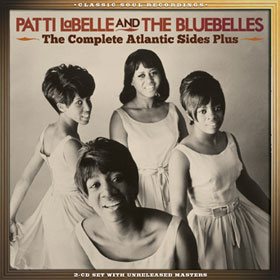 Patti Labelle and The Bluebelles – The Complete Atlantic Sides Plus
If you like your r&b female vocal a little gritter and soulful than The Supremes, then if you don’t already know about Patti Labelle & the Bluebelles, you owe it to yourself to check out this comprehensive set. Acts like The Bluebelles were always focused more on singles than album-length releases, so with this collection – forty tracks including all the single releases the group had on Atlantic, plus some other scattered gems including several previously-unreleased cuts – listeners get a good overview of what they were all about.

Despite their efforts, not a single one of these tunes (other than “All Or Nothing” b/w “Over the Rainbow”) dented the pop charts. Of course once they’d altered their approach and shortened their name to Labelle, they’d hit it big with 1974’s “Lady Marmalade.” But these earlier sides – dating 1965 to 1969 – are quite good and have sadly been long overlooked.

Still more on the way.