Ask Me Some Questions: The Graham Parker Interview, Part 4

Bill Kopp: As much as I love your songwriting, two of my favorite tunes of yours have always been “Hold Back the Night” and “I Want You Back,” both soul/r&b covers. How did you discover that sort of music when you were young, and – since it has clearly influenced your style – what do you think it was and is about that kind of music that connected with you on an emotional level?

Graham Parker: None of that was a stretch in England in the 70s. After The Beatles and The Rolling Stones, there was a sort of subculture of soul, ska and Motown. And a sort of mod look, but more like skinheads. We looked like skinheads, but without the violence. Well [chuckles], sometimes, but not always. 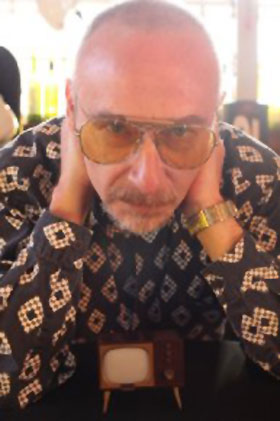 And the culture was going to the clubs and listening to that music. Even going to see The Skatalites in the suburbs of England! I saw them, for goodness’ sake, in a provincial town, a nowheresville. These people would tour ’round here. [In the 60s] Otis Redding would play at a big scene about five miles from me. I was probably about fourteen [circa 1964-5]. Maybe sixteen. And in those days, we knew about things by seeing posters. And if you didn’t go out in a car that week, you wouldn’t see a poster. And you’d miss Otis Redding, playing down the road!

It wasn’t a stretch for us to be into that kind of music. It was a semi-underground thing; the charts were still much more pop music. But it was really something that got into my blood at that age. And then you get out of that and into the psychedelic era, then the blues era – Peter Green and Chicken Shack – I went through all that and forgot about soul music.

By the time I got to my early 20s, I might hear “I Want you Back” on the radio. And I realized, “That’s never gonna die.” Whereas a lot of this progressive rock, it’s dead in the water, y’know? So my entire attitude changed once again. I rediscovered that music, and I suddenly had a plan, as it were, or a direction to reinstate soul music into the culture. But to do it in an English way, of course. Like the Rolling Stones had done blues in an English way. And the Beatles did “Please Mr. Postman” and stuff like that.

BK: It’s part of the proud tradition of British artists serving up American music to Americans, filtering it though a British sensibility.

GP: Right. There was really nothing original about what I was doing. I was just doing it in my way, and it sounded like me. And it was extremely aggressive. We were also doing “You Can’t Hurry Love.” It’s on the [1976] Live at Marble Arch record, I think. Which at the time, 1976-76, was radical. The audience would see us doing that, and they would think we were doing bad pop music. They didn’t understand, because it wasn’t progressive, and there weren’t big lead guitar solos. But we took soul music and beefed it up into hard rock’n’roll style. But as I say, it wasn’t any more original than what The Beatles or Stones or Chris Farlowe were doing.

I was writing songs that were very soul influenced, but with more intellectual lyrics. But it wasn’t slavish, like the Alabama Shakes, which is basically a very good slavish copy. I wasn’t doing that, ever.

BK: A good bit of the film focuses on the events leading up to and including the making of Three Chords Good. What abut the experience of making that record was the same as the old days, and what was different?

GP: It was much different because we didn’t have a producer. It was me and my engineer/co-producer Dave Cook, saying, “We’re doing it. No way are we looking for some outside producer; it’s not going to happen.” And the band went along with it. Everybody in the studio was very glad of that. We know what we’re doing now; all that mystique about a great producer, that’s gone. It’s rubbish. What you need is an engineer who knows what he’s doing. And I had the experience to know what my songs are about. You don’t need someone walking in who’s heard them twice and thinks they know what they are! They never did; it was really getting in the way.

It was better. Everyone could relax and come up with their own ideas. And nobody had to listen to another guy who they’d barely met. Because [producers] always want to put their ten cents in. They’re being paid to do that.

BK: All the upcoming dates listed on your site are in the UK or western Europe. Do you have any plans to tour the states, or is that even feasible?

GP: Because we did it twice – and we did all of my markets in the States, and let’s face it: I have a limited amount of markets – there are only so many markets that make it feasible for a six-piece band and crew to come through without going broke.

It just seemed to happen. We did four dates in England; Shepherd’s Bush was sold out months in advance. To a certain extent, the response was even better than in America. In America, we’d just fill out a 1000-seat venue in New York for the last few dates. In England, we’d fill out a 2000-seater months in advance. So basically, I go where I’m in demand. And as soon as my agent saw that – him and the promoter – they went out thick as thieves and said, “Let’s do some more!” And I kind of got bowled along with it. Now we’ve got all this stuff lined up, including Europe, and I don’t really know how much I want to do this all year’ round. And – to talk in hard terms – I don’t think I can strain my market. And to tour America again that soon with The Rumour, I think that this year is out as far as the U.S. Is concerned. I’ve got other markets, like Scandinavia and Spain, that I have not toured in a long time. They want me to go other there solo, or any way possible. But how much life there is in this dog, I don’t know. I really take it bit by bit.

BK: Two Chords Good was released more than a year and a half ago. And while the bootleg box set is a recent release, what are your plans as far as recording releases for the future?

GP: Well, the lot of us are meeting in London, and we’re doing a record in about a week’s time. How about that? [chuckles]

GP: You may be the first to know that.