Zombies Among Us: A Conversation with Rod Argent and Colin Blunstone (Part Two)

“I can’t tell you why [Odessey and Oracle] wasn’t successful when it first came out,” offers Rod Argent, “unless it was the fact that everything was so much more based in the country where you lived in at that time. And we only ever had one hit in the UK. Fewer hits in the UK than anywhere else in the world! We later found out we almost always had a hit somewhere in the world at any point that we were together, except in the UK. And because our profile had got so low in the UK, Odessey and Oracle came out – and it actually got great critical reviews, let’s be honest – but it didn’t sell. There was no real viability to it.

Argent continues. “There are two reasons why it later became successful. One was that it was picked up by well-known people who became fans. Paul Weller became a huge fan, and then more and more young indie groups of the time. I mean, Paul was a young hotshot when he first came out in the UK and he picked this as his favorite album of all time. And that is something he still says now. And then just succeeding waves of young indie bands and established artists, people like Tom Petty and Dave Grohl have said absolutely lovely things about it all the way along. Now that has obviously helped.” 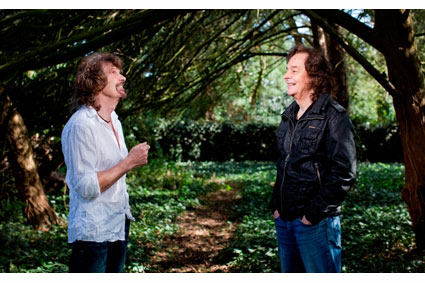 “The other reason that I think it hasn’t faded away, if you like,” Argent adds, “is that we never tried to just be commercial when we made that record. In the same way that we recorded everything all those years ago – and we still do now, – and we don’t think, ‘How can we make a hit record?’ We never thought that; we just thought, ‘I’ve got this musical idea. How can we make it work?’ And that was always the focus of what we did, and that is the focus of what we do now.”

Colin Blunstone agrees. He says that “radio programmers ask, ‘What is it? Is it rock? Is it jazz?’ People don’t know how to program it. I think that is really a problem that the Zombies suffered from all the way through their brief professional career from ’64 to ’67. We didn’t really fit. We never wrote to have hits. We wrote what we wanted to write.”

“When you are honest like that,” says Argent, “it might not be the most commercial thing in the short term, because what you are not doing is trying to tap in to what used to be in the old days ‘zooming up the charts.’ Instead, you are trying to please yourself. In the long term, I believe that that means things don’t date quite as much as some other things. It is important not to try and make it with that in mind, but just try and do it for the right reasons. When young artists come up to me and ask what advice can I give, I say, ‘Well, there is not much I can give except really to say be true to yourself. Just do what turns you on. Do things for the right reason. Don’t try to do things just to be famous.’ There is nothing wrong with trying to be famous. But first of all, try to be the best at what you can do. If you asked an 18 year old when we started, ‘What do you want to be?’ he would say, ‘I want to be in the best group in the world. I want to be the best guitar player in the world.’ Nowadays you ask and they say, ‘I want to be famous.’ And it is a very different thing.” 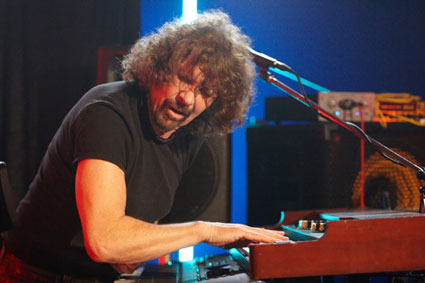 “We still cut records now that we like,” says Blunstone, “and just hope that just hope that if we like them, and if the performances mean something to us, it seems logical that there is at least a chance there are other people out there that will derive the same pleasure that we do from these performances.”

I remark that Blunstone’s voice seems largely intact, having changed little since the group’s debut some 45 years ago. “I do work at it. Rod and I both started with a singing coach probably ten or fifteen years ago. Not when we were young; we did it in this incarnation of the Zombies. He taught us some things about technique, and I think it helped us to keep our voices strong and fairly accurate.”

“And it is important that your voice is strong,” Blunstone adds, “because we have to play…we usually keep it to five nights on the trot, five nights and then we try and have a day off. Because a lot of these songs we play are, for our voices, in very high keys. We’re really straining. All the songs we play are in the original keys. We’re singing in the same keys, in our late sixties, that we were singing when we first recorded them. When we were eighteen. It really does pay to have a little bit of singing technique, and to know how to support your voice. And to sing from your diaphragm.”

Blunstone believes something valuable is lost when a song’s key is changed. “The song won’t sound the same. By the by, [laughs] I do feel that I’ve strained my voice this week! And here I am agreeing with you about how strong my voice is. I’ve been singing a lot, and we’ve got a lot of singing next week as well. I’m trying to keep my fingers crossed; I do everything I can to keep my voice sharp, to keep it in shape.”