As previously threatened, here is another clutch of jazz capsule reviews. Each of these albums is a reissue of an old release, but is worthy because of its (a) relative unavailability of late or (b) the addition of some bonus tracks of note. And, of course, (c) its unassailable musical value. 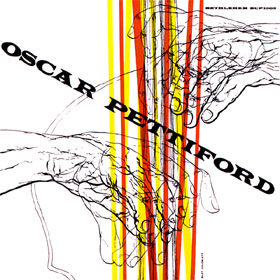 Oscar Pettiford – Oscar Pettiford Modern Quintet
As I mentioned in a recent review of another Oscar Pettiford release, this man doesn’t get his due. A bassist on a part with Mingus, he played in a sprightly, nimble bop style. This 1954 album dates from the earliest part of his relatively short career. Though – like many of his jazz contemporaries — he would relocate to a more musically receptive Europe, Pettiford was still stateside when he cut this delightful collection. In addition to bass, Pettiford played cello, rarely found in jazz of this type. The music – like Burt Goldblatt‘s striking cover art – is timeless. 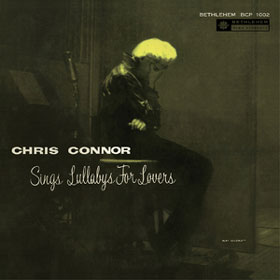 Chris Connor – Sings Lullabys for Lovers
As a rule – with exceptions – I don’t gravitate toward jazz vocalists. But Connor‘s nuanced, cool, controlled pipes are in fine form on this, her debut recording. Originally released on the Bethlehem label as a 10” vinyl record, this collection of standards – not really lullabys – features wonderfully varied musical backing on each of its eight tunes. On each, The Vinnie Burke Quartet plus drummer Art Madigan provide a sympathetic musical backdrop for Connor; they’re interesting enough on their own, but never compete with the vocalist for the spotlight. And the monaural (“Micro Cosmic Sound”) recording is stellar. 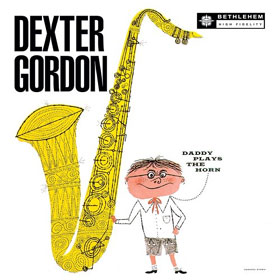 Dexter Gordon – Daddy Plays the Horn
Gordon had been recording for a decade by the time he got around to cutting this six-track record for Bethlehem in 1955. His tenor sax is ably supported by drummer Lawrence Marable and Leroy Vinnegar on bass, but for me it’s Kenny Drew‘s piano work that provides the most interest, with a style that feels a bit like more mainstream Thelonious Monk. Not to take away from the other players, including Gordon himself. The upbeat, melodic tunes swing, most notably on a reading of Charlie Parker‘s “Confirmation.” The sultry ballads (check “Darn That Dream”) work quite quite well too. 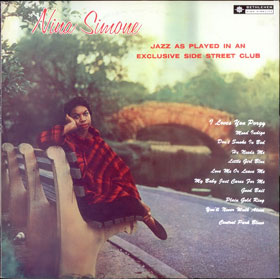 Nina Simone – Little Girl Blue
If fans of Julie Driscoll (of Brian Auger’s Trinity) want to know from whence came that British vocalist’s biggest influence, they’d do well to discover this, the debut recording from Nina Simone. As something of a jazz novitiate, I wasn’t even aware that Simone played an instrument; her chops on the piano are equally amazing. The cover of this 1958 record describes it as “jazz as played in an exclusive side street club.” A helluva club, I’d wager. Simone on piano is joined only by Al Heath on drums and bassist Jimmy Bond. But then, nothing more is needed. 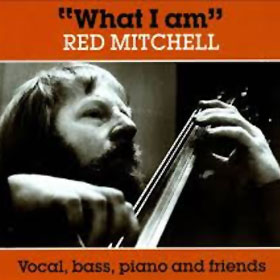 Red Mitchell – What I Am
One of the more modern albums in this group of reviews, this album collects a number of recordings made at the bassist/vocalist’s apartment in Stockholm. Seeking a political climate more in tune with his values, Mitchell left the USA in 1968. This pop-jazz outing has a distinctly Ella Fitzgerald vibe to it. On the title track, Mitchell name-checks musicians he digs, a list not limited to jazzers (“I could go on all night,” he sings). His humorous lyrics are the album’s highlight, and the new CD reissue of this Caprice LP includes those lyrics and more in the informative booklet. 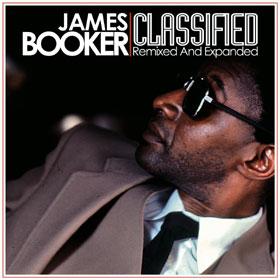 James Booker – Classified: Remixed and Expanded
Pianist James Booker coined any number of highfalutin titles for himself, including “The Piano Prince of New Orleans.” Luckily he had the goods to back up such a claim. This 1982 album was one of only two albums completed during his short time on this Earth (he didn’t make it to his 44th birthday). The 2014 Rounder reissue adds nine cuts not included on the original release, showing Booker as a master of many styles. A deft pianist and expressive vocalist, he was as at home performing swaying, gospel-inflected numbers as he was doing blues, r&b, rock’n’roll and classical.