I’m making progress in bringing my the contents of my in-box down to a manageable size, but there are still so many albums deserving of coverage that I’ll be doing a few more of these capsule reviews. This time ’round I’ll take quick looks at artists who have either self-released, or put their music out on an indie label. All deserve wider notice, and like the government, I’m here to help. 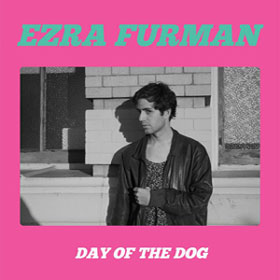 Ezra Furman – Day of the Dog
I have difficulty getting past a vocalist I don’t care for; even if the songs are strong, if you sing like Geddy Lee or that guy in Cake, I’ll have a tough time with your music. But that doesn’t mean I won’t try. This is just such an example. With a sound that combines a stripped-down Phil Spector vibe with punk, Ezra Furman’s album is bitter, angry and restless. And filled with some pretty cool music. Greasy r&b saxophone battles it out with noisy guitars, except when Furman goes in an acoustic direction (see “My Zero,” an album highlight). 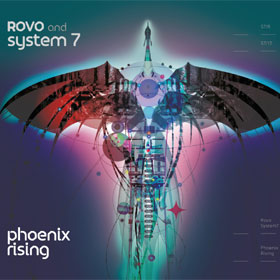 Rovo and System 7 – Phoenix Rising
When I first heard Ozric Tentacles, my first thought was that they had successfully updated the sound and aesthetic of Steve Hillage for the 21st century. But of course Hillage is still at it as well, and his latest project is this, a collaboration that includes him and partner Miquette Giraudy (as System 7) with Rovo, a five -piece from Japan featuring a former member of notorious band The Boredoms. Hints of 90s-period Porcupine Tree can be found. If you understand and appreciate the distinction between “trance” and “jam” and prefer the former, this one is highly recommended. 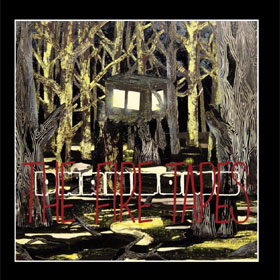 The Fire Tapes – Phantoms
This one makes me sad. I discovered this Charlottesville VA band in 2012, and found their moody onstage musical presentation even more affecting than their (excellent) debut LP Dream Travel. With a sound that builds upon the fuzzed-out sonic drone of the Dream Syndicate, the band offered a twin guitar attack that reminded me of Television. They followed up with a single later that year, and in late 2013 released the full-length Phantoms. But right on the heels of that release, they broke up. What they left behind is an album that betters the debut. Find it if you can. 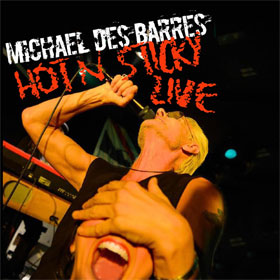 Michael Des Barres – Hot N Sticky Live
On this live album, Des Barres avoids the crushingly obvious temptation to self-cover his Power Station-era material, and instead lends his raspy pipes to material from his latest studio album (2012’s Carnaby Street) and knowing covers .The highlight among the latter is a reading of Humble Pie‘s version of “I Don’t Need No Doctor,” as part of a medley. Des Barres was born to sing that kind of material, and he and band (featuring Bigelf‘s Damon Fox on keys) crank out rock, soul and r&b as if their lives depended on it. It’s as fiery as prime-era Graham Parker. 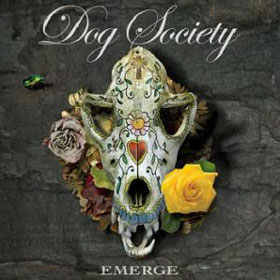 Dog Society – Emerge
Is there a place in the 21st century’s second decade for straightahead rock? Apparently, NYC based Dog Society think so. With a sound that builds on the best of 70s album-oriented rock, the five-piece is all about the vibe. The songs are catchy and memorable. Soaring, sustained guitar lines will transport you back to rock’s classic era. Bonus points for great vocal harmonies and stellar arrangement. Fans of Howlin’ Rain are sure to dig this, though Dog Society have a wider musical palette (see the clever melding of bossa nova and arena rock on “A Good Friend” for proof). 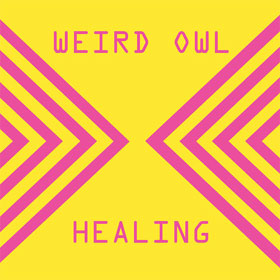 Weird Owl – Healing
This year’s winner in the Cleverest Band Name sweepstakes (say it out loud if you haven’t already gotten it), this Brooklyn outfit is of a musical piece with like-minded associates such as Black Angels and Brian Jonestown Massacre. Much of the album sounds if it was recorded in an empty gymnasium, but that deep-echo vibe is what the fuzzy, head-nodding-inducing songs require. Points to you if you can decipher the lyrics amidst the sonic haze, but that perhaps misses the whole point. Memorable Revolver-styled guitar leads and some tasty analog-sounding synth work are among the highlights of this excellent record. 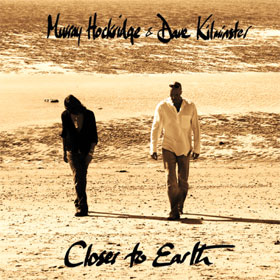 Murray Hockridge & Dave Kilminster – Closer to Earth
I reviewed Kilminster‘s solo album Scarlet: The Director’s Cut about a year ago, and generally I don’t cover indie artists twice with in a year unless they do something especially remarkable. And that’s just what he’s done on this new record, in collaboration with fellow guitarist/vocalist Murray Hockridge. There are no original songs on this album; instead it’s filled with fascinating, soulful acoustic covers – reinventions is a better word – of well-known songs. REM, Elton John, Leonard Cohen, Steely Dan and Radiohead are just a few of the acts whose work is recast here, and it works amazingly well.