This time ’round in my capsule reviews, I take quick looks at five new reissues from Concord’s Original Jazz Classics series. All five were originally issued on Norman Granz’ Pablo label, and all but one date from the 1970s, not generally considered a prime period in the evolution of jazz. None of these releases has anything to do with fusion – the happening movement at the time – but all are fascinating and worth a listen. My arbitrary 150-word limit is once again in effect. 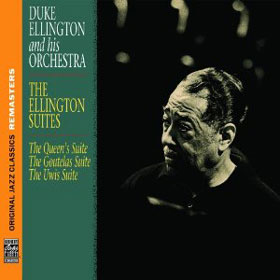 Duke Ellington and His Orchestra – The Ellington Suites
The catalog of Duke Ellington defines easy classification. Much of his work fell into the jazz and/or big band classifications, but his talents and ambitions were too expansive to fit neatly inside those bags. In his later years, he composed a number of long-form pieces – suites – and in the early 70s, an album called The Ellington Suites collected two then-new suites and another from 1959. This collection has been newly reissued by Concord, adding a previously unreleased short number (“The Kiss”) from the 1972 sessions that yielded “The Uwis Suite.” This is all serious music, but bears the hallmarks of Ellington’s highly melodic, often romantic style. The 1959 work “The Queen’s Suite” was dedicated to Queen Elizabeth II, and its highlight is the dynamic “Northern Lights,” but the whole package is thrilling, showing the man’s musical vitality extended well into his seventh and final decade. 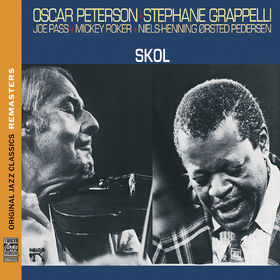 Oscar Peterson + Stephane Grappelli – Skol
Recorded at a 1979 Copenhagen Norman Granz-organized concert, this was originally released in 1982. Culled from the same show that yielded an earlier release, Skol collects the numbers on which pianist extraordinaire Peterson joined the players. Nominally billed to him and violinist Grappelli, this record is really a tour de force that showcases the lyrical interplay of the duo plus guitarist Joe Pass, fiery bassist Niels Henning Ørsted-Pedersen and drummer Mickey Roker. The term “musical summit” is overused when describing this kind of thing, but here the term truly applies. As Granz biographer Tad Hershorn‘s new liner notes point out, Grapelli takes longer solos than was his custom. The delightful manner in which the quintet tackles “Makin’ Whoopee” and other standards must be heard. The title track (credited to Oscar Peterson) is a tasty blues improv. Three bonus tracks (previously unreleased) make a great album even better. Essential. 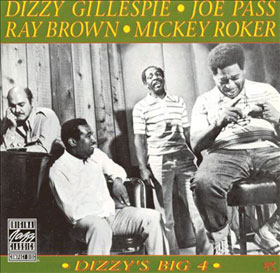 Dizzy Gillespie / Joe Pass / Ray Brown / Mickey Roker – Dizzy’s Big 4
Do you like your jazz fast? I mean, really fast? Then you’ll definitely want Dizzy’s Big 4, a 1974 recording that sounds instead as if it’s from bebop’s prime era. The reasons are legion, but foremost is the lineup: a quartet schooled and skilled in the style (named after Gillespie’s tune, a high octane version of which is included here). All four men are playing on fire, but Joe Pass‘ lightning guitar runs are breathtaking. In fact, those who don’t generally cotton to jazz guitar might note a strong similarity between Pass’ playing on cuts like “Russian Lullaby” (included here in the original album and alternate take versions) to Robert Fripp‘s work, Giles Giles and Fripp through King Crimson‘s Islands era. And of course Gillespie blows big-time; the tunes are solid, but exist mostly to let each of these hotshots in turn take their well-deserved moments in the spotlight. 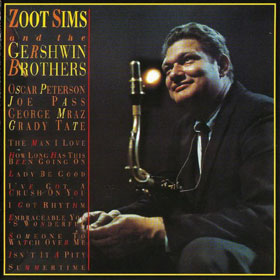 Zoot Sims – Zoot Sims and the Gershwin Brothers
A major impetus for the creation of the Pablo label was jazz impresario Norman Granz’s restlessness at not being as involved in the jazz scene as he once was. So Granz started a label that quickly became home for many of the artists he managed and/or otherwise worked with. He often (as with Skol, reviewed above) brought several players together for some amazing dates. Recorded in a single session in Summer 1975, this album finds the beloved and prolific Zoot Sims in the studio with four ace players: guitarist Joe Pass, Oscar Peterson on piano, bassist George Mraz, and Grady Tate on drums. The five work their way through the Gershwin songbook with predictably delightful results. Everyone gets his turn to solo, and while there’s all manner of improvisation, the quintet remains true enough to the base melodies to make this disc enjoyable for those not enamored of exploratory jazz. 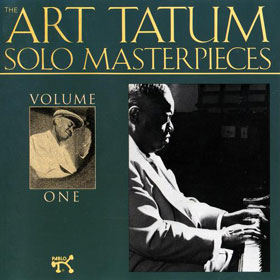 Art Tatum – The Art Tatum Solo Masterpieces, Volume One
Granz got Tatum to show up at the recording studio for a one-man session in the final days of 1953. Tatum sat at the piano and started to play. That session would be the first of many in the project that would eventually yield Tatum’s Solo Masterpieces series. That series – initially released in 1975 – ran to eight CDs in reissue. Here Tatum – who did no advance planning – works his way through the Great American Songbook. Effortlessly and lyrically, Tatum interprets Cole Porter (“Love for Sale”), Wizard of Oz composers Yip Harburg and Harold Arlen (“It’s Only a Paper Moon”), Johnny Mercer (“Too Marvelous for Words”), Rodgers and Hart (“You Took Advantage of Me”) and many others. The original ten track LP was expanded to sixteen tunes for this (remastered) re-re-reissue from the inimitable and incomparable man widely regarded as the greatest jazz pianist of all time.