Home  »  fusion • instrumental • interview • jazz • new release   »   You Can Be Who You Are: The John McLaughlin Interview, Part 2

You Can Be Who You Are: The John McLaughlin Interview, Part 2

Bill Kopp: A Tribute to Jack Johnson is among the most underrated of all Miles’ works, I think.

John McLaughlin: A lot of people don’t underrate it, though. Especially him. And in the end, he’s the one that counts. 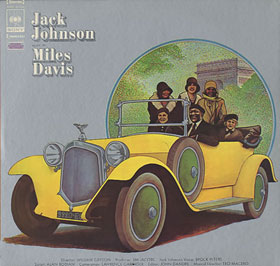 BK: You composed all of the tracks on the new album. How do you approach composition: a melodic line, a chord sequence, or something else?

JM: You know, I don’t have a formula. In fact, it’s impossible for me to sit down and write music. And believe me, I’ve tried. It’s doesn’t work; I can’t sit there and say, “Now I’m going to write something.” What comes out? Nothing. Because I haven’t got anything in my head. And then I’ll be…I don’t know…in the shower, driving, at a restaurant, and I’ll get some crazy idea coming to me. And that’s why my wife always brings paper and pencil with us: so I can write it down quickly; otherwise I forget. I’ve been known to do it on napkins, serviettes, even once in the cabin on a plane, I filled an entire barf bag with notes! I ripped it apart so it was a sheet, and I [laughs] wrote all over it.

So that’s how it comes. No formula; the music tells me straightaway, as we talked about before, if it’s acoustic or electric. Or synth. The music comes, and tells me where it wants to go. That’s the only way I can describe it; it might sound strange, but that’s how it is.

BK: It doesn’t sound strange at all. The famous story that Paul McCartney tells about “Yesterday” is that it came to him fully formed, that he initially didn’t think he had written it. Sometimes musicians describe themselves as conduits for music, as opposed to people who sit down and write music.

JM: Yes! And sometimes we pick something up and think it’s ours. One time what happened…there was a movie that came out a few years ago called Tower Heist [2011]. The opening music comes from [To the One]. And I think that the guy heard it, and carried around with him, and then thought, “Oh, wow! That’s really nice. I’m gonna use that.” And I got emails from people saying, “John, listen to this! He stole your music!” It’s the bass line, the time signature…but hey, you know. What to do?

BK: To what degree in your compositions do you leave spaces open for the other players to develop their own parts?

JM: As much as possible, really. They [only] need a skeleton form. When the music comes out, I see it, and of course I’m the one that has to organize it. Then the band – with Etienne [M’Bappe, bass], Ranjit [Barot, drums], and Gary [Husband, keyboards] – can be who they are.

There’s a great lesson that I learned from Miles. And it’s a great lesson of jazz. It’s that the whole point in jazz music, and why it’s so wonderful, is that you can be who you are. Even if you’re crazy; it doesn’t matter. Because in music, everything’s fine. All the years I worked with Miles, all he ever wanted was for me to be who I am, in a way that fitted into his music, into his concept. And it was a fantastic lesson for me. And all of Miles’ boys were this way. Whether it’s Wayne [Shorter] or Herbie or Tony Williams or Jack [DeJohnette]. 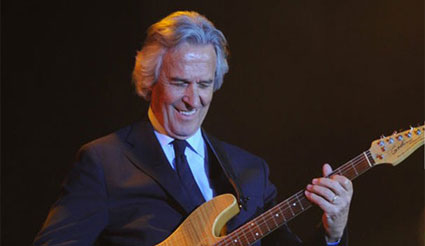 Because if you have the respect of the musician, they want to contribute. But at the same time, I want them to be who they are. So of course when we go into the studio, they know. Because I’ve sent them a demo and a score. They’ll know which way I want to go, the concept of the tune. The music will speak itself to them. And I will make sure that the space is there so that they can be themselves.

In jazz, writing the music, the arrangement, is very important. Of course it is. But what’s really important is the space that the soloists get to have in which they can be themselves. And there has to be a situation whereby we can have a collective experience. That’s one of the most important aspects of jazz to me. When we go into the studio, we play live. The great thing about being in the studio is that you can do several takes of a given tune, until everybody’s happy. And inside of that, you’ve got to have this collective vibe going on where it’s just spontaneous and together.

And this really happens on Now Here This. I try to get it on every recording. But I’m particularly happy with this band at the moment; they’re just marvelous players. And great people, great human beings. 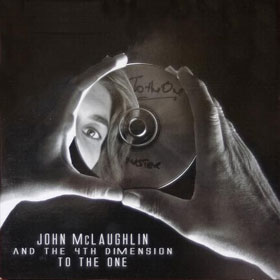 And this is important, too: if you’re playing with somebody who’s head is…if he’s thinking about his girlfriend, or wanting to buy a new car…there’s no room for that. It’s a spiritual experience, if you’ll allow me to use that much-abused word. The music unites us in the studio when we start playing. And in fact, if the music doesn’t have any spirit in it, then it’s pretty worthless, I think.

JM: Right; you might as well have a computer play it. The whole point is that I want the deeper feelings of these men whom I admire and love and respect; I want to know what they feel. And they want that too: knowing what we each feel about ourselves, about the world, about music, about everything. Because that’s really the story we tell in jazz music: what story can you tell when you improvise. What are you going to say? The only thing you can say is the story of your life, and how deeply you feel about where you are, who you are, and the environment and people that are around you. And even the universe. And those deep feelings help enrich the music as a consequence.