Chris Stamey has been an important – if ever-so-slightly underground – part of the American music scene for decades. An early post-Big Star collaborator with Alex Chilton, he went on to create some of the best and most timeless music in rock/pop as a member of Sneakers, The dB’s, and as a solo artist. He’s remained busy with all manner of projects, and his latest is the new album Lovesick Blues. I chatted with him about that and other things; here’s our conversation. – bk

Bill Kopp: How did the songs on Lovesick Blues develop overall: did you go through your recent compositions and cherry pick the ones that seemed to fit within a certain stylistic framework, or did you decide on an approach and then write songs to work within that format?

Chris Stamey: I wrote a group of songs in two weeks, one or two a day, then looked at what I had. The song “Lovesick Blues” was the cornerstone to me. When I write songs, I just sit in a room and write and don’t try to direct the song, it’s a question of being in the zone so to speak and allowing room for that 15 minutes that it takes to write a song. I also don’t usually rewrite. Even when I try to rewrite, I usually go back to the original in the end; I’m okay if it doesn’t quite make literal sense sometimes. 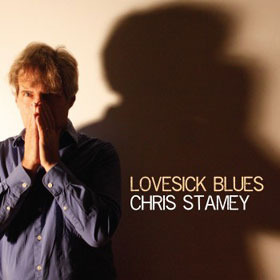 I woke up every morning, early, and went in a room where the light was good and wrote a song every day. Then I played them for (producer) Jeff Crawford and we picked the ones that seemed best for the way I wanted to record–singing and playing at the same time, so that part was all done, then adding string and wind and vocal colors to my performance using the Fellow Travellers, the ad hoc NC group that had been playing the Big Star Third record.

Once we had a good list, I stood up at the mic and sang and played the record (thus putting the horse before the cart), then we added what we thought was needed to underline the meaning of the songs. I wrote out the parts and tracked the strings and winds and percussion, then Django Haskins, Brett Harris and Evan Way (from the Parson Redheads), among others, sang harmonies. We tried to frame the words in a way that would be a tight match between musical and lyric sense; we were not ever trying to just make cool sounds.

In the process, we added a few other songs. I always think that a record should be like a wedding, “something old, something new, something borrowed, something blue.” For the old, we cut a new version of an obscure song of mine, “Occasional Shivers. “London” is also older, from an era when a transatlantic call was filled with static.

BK: The arrangements on Lovesick Blues are subtle and textured. As you composed the songs, did you often have an idea of how they’d be arranged, or did they being in skeletal form and come together over time? 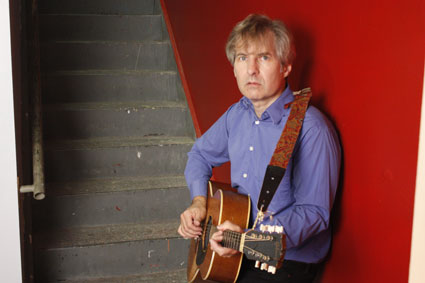 CS: I can hear the whole effect, but figuring out what I’m hearing takes longer. There’s a lot of “ah-hah, bass clarinet, guitar with a hat rack, that’s the ticket!!” It’s like looking at a movie of a dream…if you could record your dreams and then view them later. Starting with my part (singing and playing guitar) first, with that as a given, let us orchestrate to match the nuance of the specific performance, instead of later shoehorning (overdubbing) the performance into a fixed, prerecorded arrangement, as it’s usually done.

BK: In your work with The dB’s, I assume that – at least to some extent – the final form of the songs you write is influenced by what the other guys in the band bring to the table, so to speak. In a situation like this – a solo album – do you assign everyone their specific parts to play, do you afford them wide latitude, or something in between?

CS: For most of the record, players came in and played what was already written on paper, the arrangement was precisely fixed in the score. I played the basic guitar parts and the bass parts. Mitch Easter and Jeff Crawford were, however, trying out different things; the electric guitars were more improvisatory and collaborative. 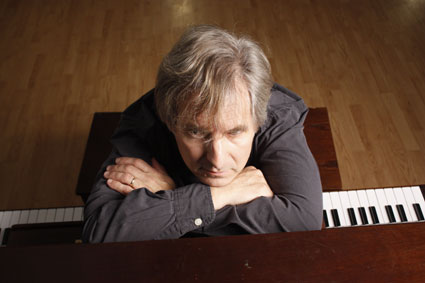 BK: Because of the gentle, subtle nature of many of the songs on Lovesick Blues, I would think that the setting matters a lot with regard to live presentation. I saw you debut a number of the Lovesick Blues songs last September in Nashville; as much as I enjoyed the show, I thought the venue – pretty much a standing-room-only bar – did not lend itself to the performance in the way a seated “listening room” would have. What do you think about all that?

CS: I have larger-ensemble arrangements, when I can afford the 15 players, and I hope to be doing this in the right situations. It’s the difference between “orchestral” and “quartet,” and we are trying to match the venue to the lineup. However, that was during a music festival, the AMA; those are always catch as catch can. I did some of these songs at SXSW last year with only a cellist and a violist (from the Tosca Quartet) and think we pretty much wowed them, and it was also a standing room, so I don’t know. I used to see the Williams Bros. in art galleries, I think that’d be nice if the room sounds nice. My preference would be to have the natural sound of the instruments heard (without mics and speakers), but that’s usually not practical. I also don’t plan to give up on rocking out, either; I’ll do some electric shows this year. 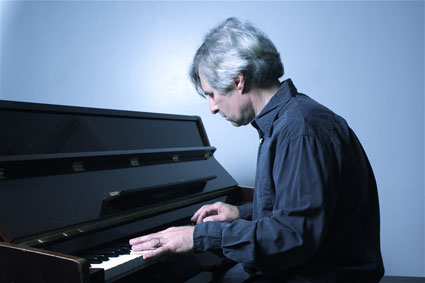 CS: “You n Me n XTC” is an outlier, it’s true. I was envisioning our two ferrets sitting in a lowrider car, steering their way through Arizona, and it made me laugh. I could have made a record of consistent sadness and I thought about that, but I steered away from it in the end. Records I like often have a balance (of yin and yang?) to them, it seemed to me that “You n Me n XTC” fit. Actually, I thought that this song could have fit on my older record Travels in the South!

BK: Paradoxically, even though “Astronomy” is one of the more classically-oriented pieces (in terms of instrumentation) on Lovesick Blues, it’s one of the more “rocking” tunes. Is that tension/contrast something you consciously strove for?

CS: It was written last for this record, right before it was due to be mastered. It was actually written for a show of the Fellow Travellers, in about 20 minutes as something to play in the set, but I grabbed it for my record as there wasn’t a Travellers record on the drawing table yet. It’s really me with them, though, just the live arrangement from the gig, everyone playing their live parts. So it’s probably more rockin’ because of that. I really like the “electric mix” of it, a bonus track that’s on the video of this song, as well. It’s got a slide solo and a drumbeat all the way through, it’s quite fun, you should check that one out.

BK: Other than being older and possibly wiser, what skill set or collection of knowledge and experience do you think you brought to the making of this album, that you didn’t have, say, ten (Travels in the South), twenty (Fireworks) or even thirty (It’s a Wonderful Life) years ago when you made a record?

CS: I’ve learned much more about how to write serviceable orchestral arrangements—that’s a big change. I can find those sounds in my head, more or less, and get them on tape. I’d been writing smaller-scale string arrangements for records I was producing and mixing, for several years. My first large-group scores were for the Big Star’s Third concerts, including for “Kanga Roo” and “Holocaust.” And I wrote one for a song of Peter Holsapple’s, called “She Won’t Drive in the Rain Any More,” that I was quite happy with, in fact I wrote a lot of classical-player arrangements for that last dB’s record, and found my feet with this. Not saying I don’t have a long way to go, but I’m working on it. 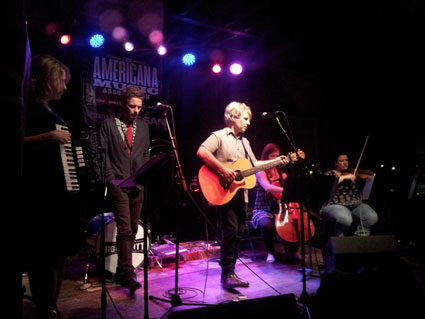 BK: To what degree is Lovesick Blues a stylistic exercise, and to what degree might it represent a new direction for your future work?

CS: I am not sure what you mean. I was just being creative, I always try to make records that are expressive instead of commerce-driven. But there isn’t a grand plan other than waking up each morning as long as I can. Having one producer for the whole record (who was not me, thank goodness) brought a consistency to it, I think; that is something I’d like to have continue.

BK: You’ve been quite busy lately: the dBs album and select live dates last year, the chamber-pop ensemble you led that opened for The Zombies at Cat’s Cradle, and the new Lovesick Blues album. What’s next?

CS: I’m making a video for every song on the record, pretty much all on my lonesome – and I know less than the hamster next door, about cinema! So it’s really fun, it’s wide open when you don’t know what you are doing. But mainly, I’m trying to find more time to write music. I earn a living these days primarily mixing albums for other people, and I really enjoy that. But I want to put aside more time to write.

Lovesick Blues will be out February 5 on the illustrious Yep Roc Records. – bk