Reviews: 7″ Records from The Fire Tapes and Concrete Blonde 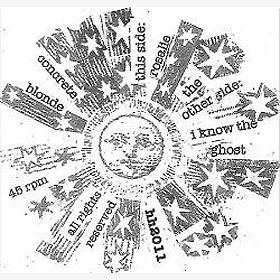 Concrete Blonde – “Rosalee” b/w “I Know the Ghost”
There are countless bands whose most well-known songs end up creating an identity for the act that is (at best) an inaccurate portrait of them or (at worst) wholly at odds with what they’re really about. Somewhere netween those two poles is the commercially-successful but often critically-maligned song “Joey” by Concrete Blonde. The success of that 1990 single (#49 on the Billboard 200) gave some listeners the idea that Johnette Napolitano and her band were just the latest Heart-come-latelys.

Not true, of course. Though the group released only one album between 1994 and the new century, Napolitano’s performing, composition and lyrical skills have continued to evolve.

The latest from Concrete Blonde is a lovely 7” white vinyl 45rpm record, “Rosalee” b/w “I Know the Ghost.” The a-side (Napolitano describes it as “an old ’30s cowboy song that I imagined Willie Nelson doing”) has a Cowboy Junkies vibe to it; the spare, skeletal arrangement conveys a haunted, melancholy spookiness that suits the lyric well. Napolitano’s voice, a sole electric guitar and a pair of tom-toms are all that are used (and all that are necessary) to get the song across. Despite the fact that “Rosalee” is nearly eighty years old, there’s nothing old-school about Concrete Blonde’s reading of it.

The b-side is something else entirely. “I Know the Ghost” is an amped-up, raving, snarling punk song. Though the vocals are more spoken than sung, you’ll likely be as out of breath listening to it as Napolitano and James Mankey were cutting the song. There’s a clear lo-fi aesthetic at work, and that intimate, direct, no-b.s. approach suits the song – a mix of campfire vibe and X-styled hardcore punk snottiness – perfectly.

No word at the moment on a pending full-length, but plans are underway for a European tour. No doubt these two songs (a DVD of which is also in development) will go over well live onstage. 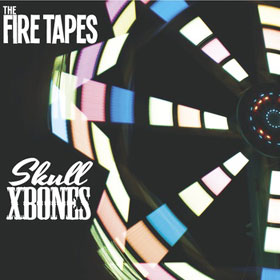 The Fire Tapes – “Skull Xbones” b/w “Elements”
The Fire Tapes first came to my attention earlier this year. Their album Dream Travel is informed by the work of Television, Dream Syndicate and other heavyweights, but they have a distinct personality all their own. That individuality came out clearly when I met them and saw them play onstage last summer, and it’s on even more prominent display in the form of their latest release, a green 7” 45rpm vinyl single, “Skull Xbones” b/w “Elements.” Dialing back the shoegazey vibe of Dream Travel just a bit, “Skull Xbones” rocks really hard; there’s an exciting tension between the soaring, gauzily-produced lead vocals of Betsy Wright and the taut, wiry, fret-buzzing guitar interplay between Todd Milton and Wright. “Skull Xbones” displays a knowledge and appreciation for rock traditions that include the work of Neil Young and Black Sabbath just as prominently as the later underground artists. A slowed-down coda adds even more texture to the song.

“Elements” places even more emphasis on melody and the band’s trademark guitar dialogue; there’s a subtle Chris Isaak vibe to some of the guitar work. This track is both hypnotic and alluring, and it’s slightly reminiscent of the paisley underground sound of groups like Rain Parade.

Dobson tells me that both cuts are early versions of songs from their upcoming full-length, due in Spring 2013. He says of the single, “We think it’s a significant improvement both musically and production-wise.” Not to take anything away from Dream Travel, but I’m inclined to agree.