Bill Kopp: There was no Dūrocs II. Was your deal with Capitol a one-off or were you dropped?

Ron Nagle: I don’t even remember how we were informed. I think it was some sort of Dear John letter.

Scott Mathews: Clearly, it was a two-way street. After we had that meeting with Bobby Colomby, there wasn’t any love there. We could feel that. We were ambitious, and thrilled to get on with the next step – whatever that would be – but it didn’t feel like Capitol was behind that. There wasn’t a lot of regret; it didn’t feel good to fold, but at the same time, it didn’t feel great to be someplace where they didn’t “get” it. But we continued: we built our own studio and started recording like mad…

RN: And people started recording our songs. We have sold millions and millions of records that other people have done. Barbra Streisand, The Tubes’ “Don’t Touch Me There,” et cetera.

SM: the other thing people forget is that there was a guy called John Carter; he was the one who revived Tina Turner‘s career. And he was not at all happy with us being on Capitol.

RN: He was not a supporter. It took a lot of work on the part of those who were our advocates to get us signed.

SM: Here’s why. I worked on an album at Abbey Road, a Sammy Hagar record. Carter was not really his manager, but he was kind of his A&R guy. I wasn’t very interested in Sammy Hagar, but I was surely interested in going over to London and recording at Abbey Road. So I wouldn’t join the band, and he had all these other people who were toeing the line, following the rules. I was not one of those. I was a renegade, ringer kind of guy who they brought into do this record. I had no interest in ever performing live with Sammy, and that caused some issues between me and Carter. To the extent that when he sent me the finished record, the note that he put in with it read, “You belong on the road, asshole.”

RN: So [sometime later] we were out in the middle of the parking lot, smoking a joint, and I walked up to Carter and I said, “You know what? You should be on the road, asshole!” I don’t know if he caught the reference or not. 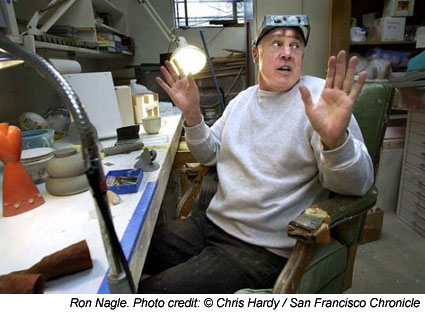 SM: What we’re saying, I guess, is that one guy can sign you, but it takes the whole team getting behind you. The label has to all get together and agree, “We’re gonna promote this band.” And that certainly didn’t happen with us.

RN: Speaking of The Knack, Doug Fieger – now the late Doug Fieger – came up to us once and said, “I really like your record.” That was very gracious of him; they were huge at that point. I don’t know what that has to do with anything, but some people got us.

BK: To my ears, the eight “bone-us” tracks on the new RGM reissue are – taken as a whole – actually a bit stronger than the album-proper.

BK: I have my suspicions as to why that is the case…

RN: Tell us why, Bill. Because after 30-plus years, we’ve come to the same conclusion. Not that the other ones are bad, but we’ve just developed as songwriters. I mean, the shit we’re doing now is amazing.

BK: I will say this: I could play the original album for any of my hardcore music friends, and they’d listen and then look at me and say, “1979.” They would know exactly when it was recorded, not because of the songs, but because of the production. I don’t hear that kind of dated production aesthetic in the bonus tracks. I hear more of a timeless, direct, no-bullshit kind of production.

SM: Direct and no bullshit: you know how we got that? Nobody was watching us over our shoulder. We didn’t have a watchdog, like Elliot Mazer was for the album. I’m not putting him down, but they didn’t give us the keys to the highway. It was more like, he was the guy, and they let us co-produce. Later, we built a studio for ourselves, and we made music for ourselves. And that is what you hear on those bonus tracks.

RN: What you hear is our sense of freedom; we didn’t give a shit if they were commercial songs, or “is anybody gonna get this?” We did it for the sheer love of doing it, in our own place. The two of us, no engineer. We just did it, and we brought our individual abilities and talents.

RN: They’re less dense, too. I think on the album we may have been a little overindulgent. Later we were looking for a different approach. What we’re doing now has that, but it still has the freshness of those bonus tracks. 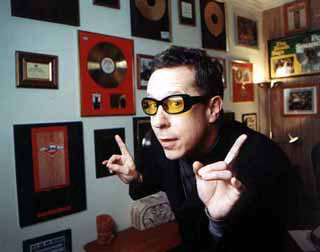 SM: We had control over the mixing and the mastering on those, too. Because when the album came out on Capitol and I heard it, I was so disappointed. It was flat and mushy. It doesn’t stand strong, especially in the rhythm department. I’m bangin’ those drums as hard as I can, and I listen to the record and think, “Wait a minute! Why is it soft?” Part of that is the layering. When you put something else on top, other things get taken away. On the bonus tracks, we had sixteen tracks, and the limitations perhaps served us well.

RN: It’s also the songs. Some of those were actually written around ’79. Then we went back and revived them worked on them more. Sometimes even years later.

BK: And that’s actually my question. The liner notes tell us the what and the where, but there’s no clue as to the when. Are those tracks unused demos from the album? A second album demo session in progress? Something else?

RN: When you do bonus tracks, the label usually says, “Give us something that was done around the same time.” Our memories being what they are, I would say…yeah. Five years, maybe.

SM: We made a whole second record, but we were trying to keep those separate from the bonus tracks. But one song, “Pete Has Got the Power,” is from that.

BK: Really? That’s my favorite track on the entire disc.

SM: Thanks. We kinda couldn’t keep that one out.

RN: I’m glad we did this. We have another album which will eventually come out. Our sophomore release, thirty years later.