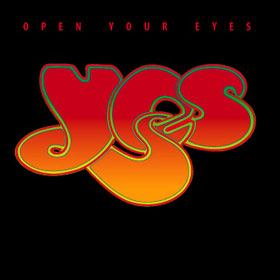 For some bands, personnel changes are the mile markers by which we chart their history. Members come and go, and (usually) each time, the character of the group changes in some measurable way. For whatever reason or reasons, progressive rock bands seem to engender the most frequent lineup changes; are prog players more difficult to get along with than others?

Recently I’ve engaged in a few lively debates with fellow music journalists (plus a number of just plain music fans) on the topic of what is or isn’t the “real” [insert name of band here]. The initial impetus for the discussion centered around my purchase of tickets to see The Who this coming fall, a tour during which they’ll perform Quadrophenia in its entirety. The “they” this time around includes Pete Townshend (aka the guy who wrote the songs), Roger Daltrey (aka the guy who sings most of ’em), but of course does not include the Who rhythm section of John Entwistle and Keith Moon, both deceased. My own argument – in that case at least, is that it’s The Who as long as Pete and Roger say it is.

Others clearly disagree. Which brings me to the knottier case of Yes. Few other bands have seen members come and go (and come and go again) as often as has this British progressive group. Only bassist Chris Squire has been in every incarnation of the band since its formation in 1969, and while Squire may or may not be the de facto leader, he’s no autocratic man-with-the-inflexible-vision such as another prog group has (I’m not mentioning names; last time I did, said guitarist complained about me on his blog.)

The thing is, the Yes “sound” has gone through a number of changes in the band’s lengthy and convoluted career, and those changes haven’t always corresponded to the arrival or departure of the musicians one might expect. When ace keyboardist Rick Wakeman left (the first of, like, three times), his replacement Patrick Moraz arguably didn’t change the band’s sound all that much. And when Jon Anderson jumped (or was pushed; accounts vary), his replacements – Trevor Horn in the 80s, Benoît David, and now a Jon Davison – traded in a very similar vocal style.

No, the biggest sonic change with regard to the Yes sound came when Steve Howe exited the group, to be replaced (so to speak) by South African guitarist Trevor Rabin. When Rabin came on board, the band’s commercial fortunes were raised; thus began the 90125 era. But that version of the band often sounded very little like “classic” Yes; in places (such as the smash single “Owner of a Lonely Heart”) they sounded instead like a cross between The Art of Noise and The Police.

The band’s history got really complicated in the 90s. At one point there were essentially two Yes bands, and when they made up, the result was the Union era, a product that some found great, others gruesome. Toward the end of that whole era came the 1997 album Open Your Eyes. What’s especially odd about this record (re-released in 2012 as a double vinyl LP in a gatefold sleeve) is that while it features four of the “core” members (Anderson, Squire, Howe and Alan White) plus multi-instrumentalist Billy Sherwood, musically it’s more of a piece with the Rabin era. Howe conceded as much in an interview with Chris Welch; as quoted in Close to the Edge: The Story of Yes, Howe admitted, “[T]he tracks on Open Your Eyes were basically initiated and put together by Chris [Squire] and Billy [Sherwood]. It’s not really Yes music. We had to grin and bear it and add a few bits and pieces.” Whether it’s completely accurate or a polite (and intra-band political) fiction, all tracks on Open Your Eyes are credited to all five members of Yes.

That shouldn’t be construed to suggest that Open Your Eyes doesn’t have some good music. While the opening track “New State of Mind” sounds like a Big Generator outtake, the titles track displays the trademark Yes balance of high-flying, muscular music. And the vocals on Open Your Eyes support an argument I’ve long made: that particular vocal sound that we’ve come to think of as “the Yes vocal sound” is every bit as much Chris Squire as Jon Anderson. This explains why non-Anderson albums such as Drama (1980) and Fly From Here (2011) still have that classic Yes feel. But on Open Your Eyes, Squire’s vocals are pushed just a bit more forward in the mix.

“Universal Garden” features Howe’s expressive Spanish guitar, but in the end the the song feels like two separate song fragments that don’t quite fit together. The lyrics of “No Way We Can Lose” display that curious hippie ethos unique to Yes; it sounds like a rock arrangement of a song they might have sung around the campfire at a Yes summer camp. “Fortune Seller” has the feel of 90125-era Yes, and again sports some musical ideas that – each taken on their own – are compelling, but together don’t seem to blend. “Man in the Moon” is a catchy number, but alas, it’s the sort of track some would hold up to prove that the music on Open Your Eyes doesn’t sound like classic Yes. In particular, the track’s lack of interesting keyboard flourishes is emblematic of the musical approach throughout the album.

“Wonderlove” has flashes of that classic sound, but they’re shot through with a plucky rhythm guitar part that explicitly recalls “Owner of a Lonely Heart.” The brief “From the Balcony” is acoustic-based but doesn’t sound a whole lot like Howe, even though the guitarist is dizzyingly versatile and adept at any number of styles; it’s just that this song sounds like none of those. (Maybe it’s Sherwood.) “Love Shine” is one of the catchiest, successful tracks on Open Your Eyes. No lightning bass runs from Squire, and still leaning in the direction of “modern” Yes, but it’s still a pleasantly memorable track. “Somehow…..Someday” (why five dots in the ellipsis? I dunno) is pleasant enough, but musically seems to cover the same ground as most of the previous cuts. A few melodic lines within do vaguely recall Close to the Edge, however.

The entirety of Side Four of the 2012 vinyl reissue of Open Your Eyes is (theoretically) taken up with “The Solution,” a 24-minute piece. But it’s a curious concoction, even by Yes standards. The basic song runs a few minutes, and is a slight cut above most of the other Open Your Eyes tracks. But the number fades out at its end, followed by a long stretch of silence. Then some ambient noises – tweeting birds, waves crashing on a faraway shore, etc. – come in, punctuated ever thirty seconds or so by a cappella snatches of other tracks from the album. Interesting, to be sure, but not the sort of thing one listens to with any regularity. Overall it has the feel of a “Yes vocal remix” novelty track. It sounds as if someone got access to all the master tapes from the Open Your Eyes sessions and decided to have a bit of post-production fun with them. One suspects that the process of assembling the cut was more fun that sitting through a playback of it, however.

Packaging on the new vinyl reissue is exquisite: the thick vinyl and heavy stock paper gatefold sleeve help make the whole affair feel very substantial; the stark graphics – a giant Yes logo set against a black background – unsubtly put across the point that this really truly…no, really truly..is a Yes album. Not a single band photo is included, but the inside of the gatefold does include all the lyrics. In total, Open Your Eyes doesn’t rank among the top half-dozen Yes albums, but neither is it a total disaster. It’s worth hearing for anyone who enjoys the band, but new listeners are advised against expecting to wander in and finding some heretofore undiscovered gem.