Harry Shearer is well-known in several areas of entertainment. As a long-time cast member of The Simpsons, he gives voice to many of the show’s characters (Montgomery Burns, Smithers, Principal Skinner, etc.). As an actor he’s appeared in many films, from The Right Stuff to A Mighty Wind. As an artist combining music, comedy and commentary, he first gained notice as a member of the 1970s comedy troupe The Credibility Gap, then later on his own (as host of the long-running Le Show radio program), and on a succession of albums. And of course he was immortalized as the bass player for one of Britain’s loudest bands, Spinal Tap. His latest album, Can’t Take a Hint, draws on all his areas of entertainment expertise. I got a rare chance to talk with Harry about the new album, the creative process, and the durability of the kind of work he creates. – bk

Bill Kopp: So many of the songs you do for Le Show are based on topical events, yet they still pack their punch even years later. I enjoy the material on It Must Have Been Something I Said even though I’ve had it for eighteen years now. When you write topical pieces, do you put any thought into trying to make them timeless, or do you think of them more like magazine articles – sort of designed for the here-and-now, with no real thought toward posterity?

Harry Shearer: When I write songs, I’m trying to write the funniest – or most effective – song. Either from the point of view of the character, or looking at the character. I don’t really – partly because of the present time – I don’t have the luxury of giving thought to things like, “Will this last?” or “Will they even remember this?”

So when I went back and looked at some of the songs, obviously the Iraq War is something people remembered. Sarah Palin is still in the limelight; “Joe the Plumber” was running for Congress this year. And BP is still running ads about how great the Gulf coast is, even though they’re the people who fucked it up. And people are still getting groped by the TSA. 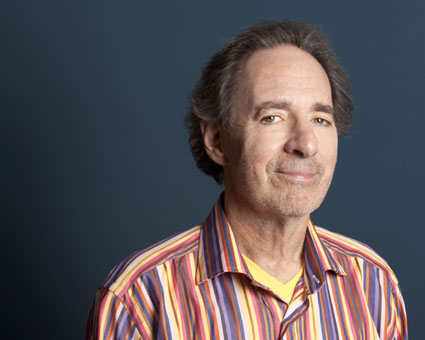 So everything I chose [for inclusion on Can’t Take a Hint], I liked musically, and I thought that they had some relevance. There were things I didn’t choose for the record because I thought they didn’t have as much relevance. Given the more leisurely job of choosing songs for a record, I think that way, but when I’m writing…absolutely not.

BK: Because your songs are “about stuff,” so to speak…

HS: That’s [laughs heartily] the best description I’ve ever heard. I may steal that.

BK: …does that sort of box you in, in terms of arrangements? I mean, do you have to limit the tempo, mix the vocal louder than you’d otherwise do, etc? Or do those sort of considerations just happen at a subconscious level? 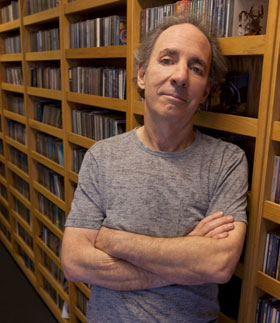 HS: The second one, yes; the first one, no. Arrangements – musical settings – are basically something that comes to me as I’m thinking of the original ideas for the song. The song is inspired by a phrase or a word, very often. And I’ll often think about who’s singing it: the character that I’m lampooning, or an observer. And then the musical setting arises from that. Before I can sit down and write the lyric, I have to know what kind of song it is. The rhythm, what shape the lyrics take. So the musical setting is based on nothing more than part of the creative process.

But in terms of the vocal, yeah. I’m always aware of that. My wife [Judith Owen] who’s a singer and songwriter, is a whiz in the studio. And she is very adamant on this subject: we mix the lyrics/vocals up from where they might be normally, because the words are important. And we like people to hear them the first time around. So, very definitely.

Everybody does mixes and then does an ultimate mix with the vocal “up one.” But we start with vocal up one, and go from there.

BK: I saw Judith perform a few years ago with Richard Thompson.

HS: She and I are both performing with Richard again in Los Angeles at the end of October. It’s the most amazing show that Richard has written. It’s astonishingly good.

BK: I’ve been a fan of your work long before I knew who you were. When I was a kid listening to FM radio in the 70s, our local rock station had a program on Sunday nights, where they’d play the sound of someone scanning the FM dial, and then they’d land on a station, so to speak, where they’d play a track off of a comedy LP. I heard George Carlin, Lily Tomlin, lots of Firesign Theatre, and – best of all – The Credibility Gap. Especially “Who’s On First,” my vote for the best routine of them all. So even then, your writing was keyed into the present-day zeitgeist. What was it that drew you early on to set your creative sights on present-day news, pop culture and observational humor?

HS: I guess the one-word answer is: revenge. There’s all this shit, and I have to have a response to it. And I decided my response would be humorous. I grew up around comedy – all kinds, from the gentle comedy of Jack Benny to the very satirical comedy of Mort Sahl and Stan Freberg. I kind of melded those two strains into what I do. 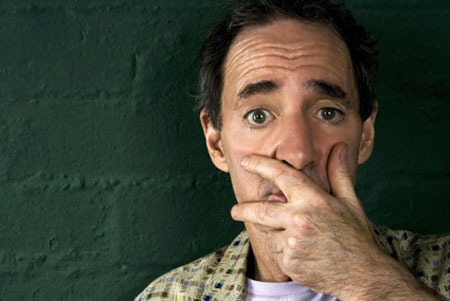 When I grew up, my parents were avid newspaper readers, and we watched television a lot. And I grew up in the business. So I was sort of exposed to all this, and I knew a lot about how it came to be made. And that gave me a more informed slant on stuff, perhaps sometimes. And then I worked in government for awhile, which gave me an informed slant on that stuff. I combined the immersing of myself in the flow of this stuff with some sense of knowledge of how it all worked. There’s always a tension between those two things, and a lot of humor lies in there. And I go mine it.