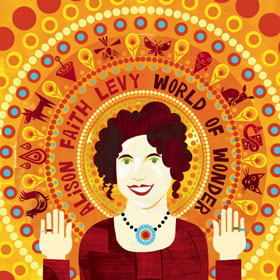 Quite a few years ago – I mean a good 17 or more years back – I was buying albums by an artist named Joanie Bartels. My kids were adorable little toddlers then, and their mom and I picked up these cassette albums called Lullaby Magic. Featuring lush yet gentle orchestration and some nice acoustic guitar, one side featured Joanie singing sweet traditional lullabies. The other side had an instrumental mix, so that mommies and daddies could sing to their kids. Luckily my ex-wife had (and still has) a lovely singing voice. Me, I’m more at home vocally covering ELP, Uriah Heep or Cream. Try falling asleep to “Easy Livin'”.

As it turned out Joanie Bartels’ career sort of grew right along with my kids for awhile there. She did a number of other albums with titles like Bath Time Magic (featuring “Splish Splash” and my daughter’s then-favorite, “Barefootin’”). These albums employed a more mainstream, almost-rock arrangement style, and did away with the karaoke element. (Leave the singing to the professionals.) When Joanie Bartels embarked on a tour of sorts, we jumped at the opportunity to take the kids to a Real Concert. That Ms. Bartels was about my age and quite attractive had no influence on my interest level, I must most vigorously assure you. Alas, I was happily married in those days, and by the time my relationship status changed well into the 21st century, Joanie Bartels had – according to scant available reports – semi-retired from the kid-pop biz, married and moved to somewhere far away. New Zealand, if I recall.

Early thirtysomething male fantasies aside, Joanie Bartels filled a market and artistic demand that few others have been able to fulfill. Sure, there’s been all manner of pop artists for kids – Raffi, The Wiggles, GG Allin (…No, wait; that’s not right…) – but most have leaned pretty far in a saccharine direction. I’m sure frustrated/bored parents have often thought to themselves, “Hey: Disney makes those movies for kids – you know, Toy Story and Aladdin – and fills them with enough pop culture references to keep the parents entertained. Why can’t someone do that with music?”

I’m happy to report that just such a recording and performing artist does indeed exist. Based in the Bay Area, her name is Alison Faith Levy. And, to put it plainly, Alison is a tot-rocker. With a sound that’s the aural equivalent of a broad grin, Levy’s World of Wonder is a delightful listen.

Employing a musical approach that is best described as powerpop-meets-bubblegum, Levy’s songs rock out in a big way. You’ll hear tight, exuberant rock ensemble playing. And if you don’t listen to the lyrics, you’d think the music to be pretty close to, say “The Banana Splits Theme” as covered by Liz Phair with Material Issue, or something by The Pandoras. But there are no naughty come-ons in Levy’s music. The lyrical subject matter – abetted by copious amounts of handclaps, natch – is all about movement, dancing, good clean kid-style fun…that kind of thing. Yes, the subject matter and lyrical content are for the kids, and the arrangements are for Mom and Dad. But the melodies, well, they’re for everybody. “Like a Spinning Top” is fetching enough to deserve hit status well outside of the kids’ music box. “Detours” is surprisingly sophisticated musically, but straightforward enough to keep the young ones enraptured.

The musical machine behind this project is a successful collaboration between ex-Sippy Cups member Levy, who wrote all the music and lyrics (except for the pair of traditional numbers) and Allen Clapp, the prime mover of that bottomless well of wonderment that is Mystery Lawn Music. Familiar names from the Mystery Lawn stable lend support here and there, but World of Wonder is essentially Levy with Clapp. “Itsy Bitsy Spider” is reinvented here as a Spectorian wall of World of Wonder, with Levy channeling her inner Ronnie Spector. And the title track sounds like it belongs on The Soft Bulletin, except that Alison’s a much more conventionally wonderful singer than Wayne Coyne.

Sure, Alison sings “I love ice cream” and her youthful backing vocalists answer ”Yum yum!” But adult listeners – even ones whose kids have moved on to Fleet Foxes and Best Coast – won’t be in danger of going into insulin shock if they spin this disc when there are no tots nearby. Lyrically for kids, but musically as adult as one could imagine, World of Wonder is undeniably fun stuff, and it’s recommended.