It’s worth remembering – especially when one is primarily a rock fan – that it’s not necessary to turn the amps up to ten to make formidable music. The intricate, carefully crafted sounds of Clare & the Reasons make for a highly engaging listening experience. And while the group’s music as showcased on three albums (their latest, KR-51, will be out soon; more on that below) is generally classified as chamber pop, leader Clare Muldaur-Manchon thinks of the band (“our boys,” as she endearingly calls them) as a rock band. “But when I say ‘rock band’ I mean that everybody’s only playing three instruments,” she laughs. The group’s sound owes as much to the French chanson tradition (think of Françoise Hardy) as anything else. 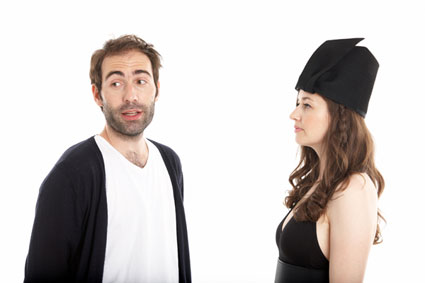 Clare’s background is in jazz and compositional theory; she studied at the prestigious Berklee College of Music. With such a credit, one might expect her music to draw upon the tools she developed there, applying them to the songs and arrangements on the group’s album. But Clare insists that’s not the case. “Berklee was an interesting place,” she allows. “What’s great about it is that you can learn what you like, but mostly what you don’t like. A lot of the things, you have to kind of unlearn. Because otherwise, you might be stepping into the land of a generic approach to things.” Speaking about her group’s music, she continues, “I would say that we do not utilize those tools much. Olivier [Manchon, Clare’s husband] is the main orchestrator, and he’s been studying and writing for so many years. He’s very schooled in orchestration, and in the use of color and texture. So I’ve learned a lot along the way from him. More from him than from Berklee, actually.” 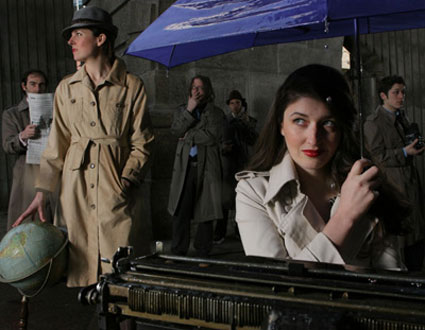 The group’s songs wisely avoid a mannered, fussy approach. “When we approach arranging, I am absolutely the most interested in painting a picture that goes along with the complete story – musically and lyrically – that we’re trying to tell. So I would never apply any rules to anything.” She says that the group tries to take each song and present it in the context of itself.

Clare comes from a show-biz background: her parents Geoff Muldaur and Maria Muldaur are respected folk/blues/roots musicians, her aunt Diana Muldaur is a well-known actor (now retired), and her sister Jenni is a solo artist and in-demand session vocalist. Traveling in that world, she met famed arranger Van Dyke Parks through family, and Parks has worked her band on a number of levels.“He played piano on a track on our first album, and that was fun,” Clare says. “But then he called me up and said, ‘Why don’t we do a show together in Paris?’ It was super out-of-the-blue; he left me messages on all my different numbers. He even called numbers I didn’t know I had. ‘Call me back! Call me back!’” She laughs and points out that “We ended up doing shows in dozens of cities. But never Paris!” 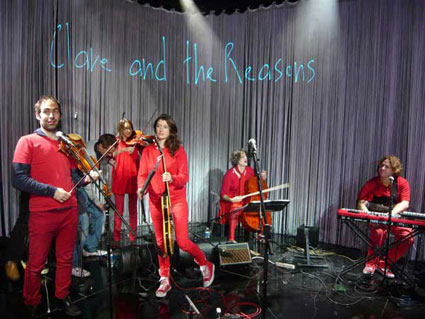 “We feel a certain affinity and a likeness toward Van Dyke; the boys play really well with him. We would play a set of Clare & the Reasons music, he would join for one song at the end, and then he would play a set of his music with my boys. Olivier did some really cool arrangements for some really stripped-down versions of his songs. It was just violin, cello and bass. I know it’s sometimes nice for an artist – it’s true for me, too – when somebody else steps in and has fresh ideas. Even when you have that skill already.”