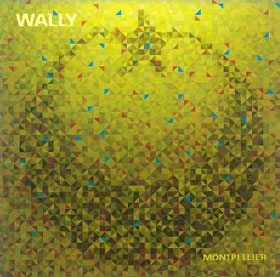 With a sound that falls somewhere between Dire Straits and Pink Floyd, the goofily-named Wally creates a musical ambience that is rooted in classic rock styles, yet vaguely contemporary-feeling. On their latest, Montpellier, they go lots of places, and it’s an engaging ride.

“Sailor” opens with keyboard textures straight out of Meddle – complete with “seagull” guitar work, but then quickly shifts gears into a piano-based melody that owes more to Supertramp or Harry Nilsson. There are a lot of appealing qualities to Wally’ music, but their not-so-secret weapons are steel and pedal steel guitar. Not since David Gilmour, Steve Howe and Glenn Ross Campbell (The Misunderstood) has steel guitar been used so effectively in this sort of music. Soaring, dive-bombing guitar runs are joined by female-chorus vocals (more shades of Pink Floyd, but with less of a space-rock bent) as the lengthy-but-never-boring “Sailor” unwinds.

As the liner notes explain, Wally had been working on what would have been their third album for Atlantic around 1975, when something happened. The notes don’t make it clear what that something was exactly, but it’s safe to assume that either the band broke up, Atlantic dropped them, or both. In any event, the songs on Montpellier thus have a pleasantly timeless quality that is firmly built on a foundation of that album-rock era.

Wally is a big band with a big sound: Montpellier credits seven musicians (plus a guest guitarist on one track, and those three female auxiliary vocalists). But the song arrangements – “Thrill is Gone” being one of many good examples – aren’t fussy and overwrought; the band crafts a sound that is halfway between meat’n’potatoes rock and more subtle and finessed styles.

“Surfing” edges closer to a progressive approach, and is reminiscent in places of Roy Harper or Jethro Tull, albeit with a subtle reggae flavor. Like most of the songs on Montpellier, it’s a longish number, running in excess (but not excessively so!) of seven minutes. Pete Sage‘s violin – the other sharp weapon in Wally’s arsenal – is central to the appeal of the track, adding color to the song’s spoken/sung lyrical approach.

The initially understated “In the Night” sounds a bit like Sting‘s 90s work, but a delightfully long instrumental break with loads of stratospheric guitar lines give it more texture before returning to earth. The country-flavored “She Said” is based on a familiar melodic approach, but as with all the other songs on the set, the effective use of pedal steel and other slightly outside-the-box sounds help take it somewhere more interesting. A ghostly, melancholy violin solo opens “Giving,” continuing the Americana vibe (Wally’s a British group, by the way), but again employs a well-worn but effective arrangement approach: halfway through, the song opens up, goes instrumental and really takes off. The band is adept at conveying emotion wordlessly, and “Giving” is an exemplar of their skill at doing so.

Interested listeners will come to Montpellier for the guitars and fiddle. They’ll stay for Wally’s well-written, -arranged and -played songs.