Jump Out the Window: The Brotherhood Story (part 10/conclusion)

After Brotherhood, Drake went on to do a good bit of studio work, including sessions with Emitt Rhodes, Lee Michaels and (reuniting briefly with Joe) Ananda Shankar; for many years he ran a guitar store (Drake’s Guitars) in Los Angeles. Lynnette Stevens — who was divorced from Drake in the early 1970s – notes that “he was wonderful, and I’m sorry that he never got the kind of recognition that he should have.” At home in San Francisco, Drake lost his battle with cancer on July 4, 2009. 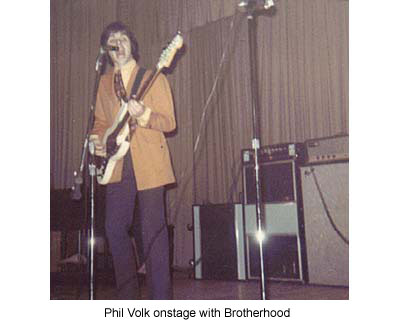 Sandra Levin says that “Drake felt that Brotherhood was his biggest hurt, his biggest failure. He never played any of those albums at home; I never heard them. He never talked about the band; it was very painful for him. But,” she continues, “two weeks before Drake died, Phil came to visit, and brought [a CDR of] the first album.” Hearing it for the first time, she discovered that a song that Drake often sang to her was on the album. Drake sang it to her again, and she realized that “Forever,” with its lyrics about “meet[ing] you on the other side of forever” was now her husband’s way of saying goodbye to her. The printed program at Drake’s memorial service would feature the full lyrics of the song. 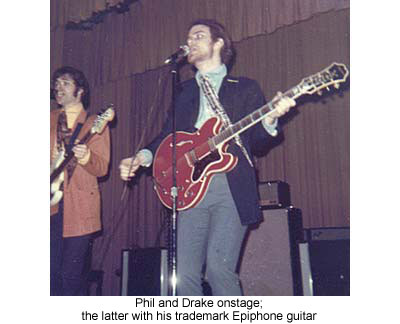 Drake’s remains were cremated; Phil playfully reminds Sandra of a lyric that his best friend Drake wrote back in 1967: “You can shovel up my ashes and bury me in a box guitar.”

All three records – the two Brotherhood albums and Friend Sound’s Joyride LP — went out of print in the very early 1970s, and none has ever been issued on CD or digitally. In recent years there has been some talk about a potential re-release. Sundazed Records’ Tim Livingston was one of the principals involved in those informal discussions. Tim is a fan of the band’s music but explains that “the major labels ask for a sales guarantee. Labels [like Sundazed] have to be extremely careful and selective these days about which titles they feel can sell enough to meet that guarantee.” Phil mentions that “RCA’s up-front fees were too high” as well. As of this writing, there are no formal plans to reissue any of the Brotherhood material, though a few clips circulate on YouTube, and some collectors have ripped clean vinyl copies to mp3 and made these unofficial (pirated) copies available online. 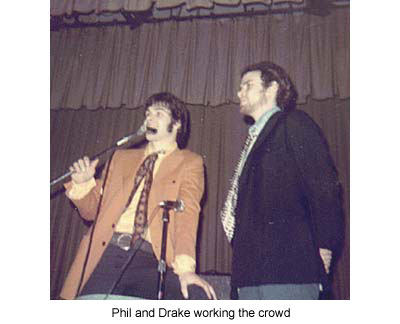 Though conceived with great promise, Brotherhood’s momentum was stunted by lawsuits and less-than-clear direction. In their brief time together the group created a relatively small but impressive body of work; sadly, their music went all but unnoticed. Combining experimentation with a positive Aquarian-age ethos, they took artistic chances and got little in reward. And, on Brotherhood Brotherhood, when the group finally found its style, it was a case of too early for the marketplace and too late for the band. 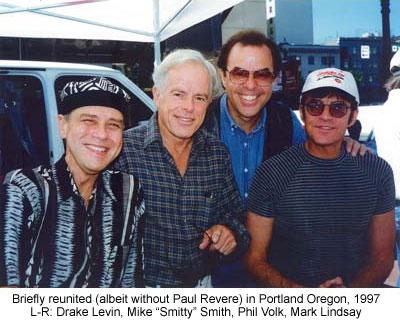 “Even though it wasn’t commercially successful,” observes Phil, “I know that what we put out there in the universe for people to listen to has value. It has a good message of peace and love. And that was really the mission statement for Brotherhood.”