Jump Out the Window: The Brotherhood Story (part 5)

Friend Sound — Joyride The group’s next project was a wholly unexpected musical left turn. “It must have been the drugs,” Phil laughs. Not done as part of the two-album deal for RCA, it was an experiment. “We brought the tapes to Terry Melcher; he was considering releasing it on his Equinox label,” Phil recalls. “But he decided it wasn’t commercial enough.” It’s easy to hear why: credited to Friend Sound, Joyride is an excursion in musique concrète influenced by Cage, Stockhausen, Zappa…and hallucinogenic substances. “It’s a part of our body of work that I’m very proud of,” says Phil. In contrast with the year taken to record Brotherhood, “We did that album in about three weeks.” 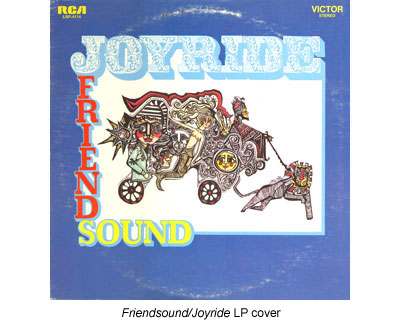 “It started out as a free-for-all jam session with some friends,” Phil recalls. “But then Drake and I got a vision of where we wanted to go with it. Because of our assertiveness and our dominance over the project, the friends that we brought in started to feel, ‘Well, this is a Drake-and-Phil deal.’” That approach bore creative fruit, but it would soon lead to the band splintering. The record was cut at Valentine Recording, and the studio bill went unpaid until Drake and Phil got some cash from RCA. “Don Nelson sold Joyride to RCA for twenty-five hundred bucks,” Phil recalls.

“The client that had been at Valentine right before us was Frank Zappa,” Phil says. “Zappa’s music was a direction we were trying to take this Friend Sound album, putting our own spin on it. So Ed Valentine said, ‘You guys want to do something crazy? Let me play you what we just did with Frank Zappa.’ He played us some masters [possibly Uncle Meat], and they were almost symphonic, orchestral.” 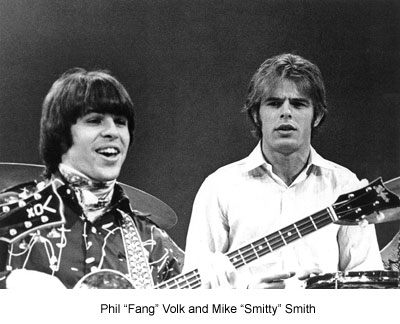 “The reason Ken Dunbar and those cats were in on it,” Phil says, “is that some of those guys played with Nooney Rickett; we were always big fans. Nooney Rickett did dance steps that we incorporated into the Raiders’ choreography.” Phil describes the network of players and friends as a “boys’ club.” Other players included Davey Burke from the Standells and Chris Etheridge, later of the Flying Burrito Brothers.

The Joyride title track is a one-chord jam with spoken words floating in and out of the mix. Ron Collins’ celestial organ sounds similar to the textures Rick Wright was using on Pink Floyd’s A Saucerful of Secrets around the same time. 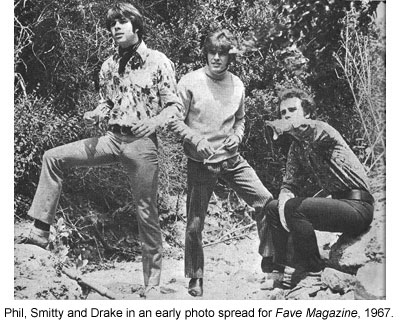 Phil recalls the circumstances leading up to the “Childhood’s End” track. “I had inherited a lot of portable recording gear from my brother, who had recently died in Vietnam. And I loved to do remote recordings of things. I was building a swimming pool, and a concrete/gunite mixer was parked in front of my house.” When the machine was pumping, “it had this perfect rhythm. So I set up the recorder close to the truck, and scraped a shovel onto the sidewalk in time with the beat.” True to the vibe of the era, Phil and Smitty “jammed with the concrete truck.” An outtake snippet from one of Drake’s 1966 solo sessions is tagged onto the short track, which explains why the rhythm section of Jim Gordon and Jerry Cole is listed on the song’s credits.

Phil recalls that the sessions for the ethereal “Love Sketch” made them crazy. “It doesn’t have a beat; it started to sound like a tape loop. Guys would come in the studio and get a contact high just from hearing it.” Even after putting the track on the Friend Sound album, they weren’t quite done with it. 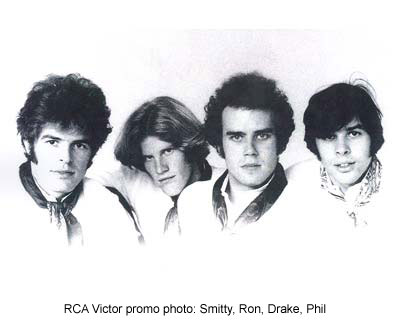 “Drake and me and Smitty took my portable recorder – a real star of this album – to two elementary schools during recess,” Phil says. They recorded kids playing together at each of the schools – Dixie Canyon Avenue School in upscale Sherman Oaks, and 95th Street School in Watts – and merged the two recordings together. “Children are children,” Phil observes, “no matter where they live.” In the studio they overdubbed celesta, wind chimes and Don Nelson’s flute recorder. The piece also incorporates an archival recording of a three-year-old Phil Volk singing The Andrews Sisters’ “You Call Everybody Darling.” Phil recalls that his mom cried when she heard the finished track which they titled “Childsong.”

“Lost Angel Proper St.” is, according to Phil, “about the dark and sinister qualities of Los Angeles.” He describes as a “tone poem, a sound picture” representing what the city meant to Brotherhood. It’s a heady sonic swirl from the four Brotherhood members and auxiliary players plus a variety of found sounds, not unlike The Beatles’ “Revolution 9.” 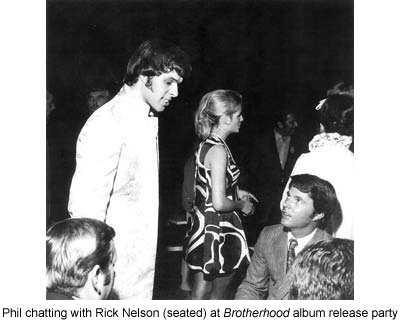 While all of the Joyride tracks up to this point included outside players, “The Empire of Light2” was just Drake, Smitty, Phil and Ron. Phil played prepared piano, while Ron played an organ. Meanwhile, Drake and Smitty were in the control room, working the console effects and faders, creating the track in real time. The spontaneous track distills the band’s influences of avant garde artists such as Karlheinz Stockhausen (who had performed his “Zyklus” at the University of Colorado when Phil was a student). “This recording,” Phil notes, “is where Ron Collins and I had our most significant musical moment together.” He describes Ron’s work on the tracks as “masterful.” The song’s title refers to the group’s feeling that it was a musical answer to the 1954 René Magritte painting L’Empire des Lumières.