Jump Out the Window: The Brotherhood Story (part 3)

The First Album “As it turned out,” Phil grimaces, “it took another eight months to finish the stinkin’ album. Brotherhood had been getting way out, into too much production. We had that Sgt. Pepper mentality. We had a hard time just scaling back and being a rock band. We sabotaged ourselves by being so eclectic.”

“RCA were very disenchanted with the fact that we went way over budget on the first album. They were thinking about $50,000 [about $310,000 in today’s dollars], and we ran it up to $80,000. And they kept asking, ‘When are you going to get this thing finished?’” Ernie Altschuler was the band’s A&R contact at RCA Victor. Phil recalls, “He’d come down and listen to something we’d finished, and he’d ask ‘Why don’t we put that out as a single?’ And we’d say, ‘No, we’ve got another song we’re going to record. It’s gonna be even better.’” 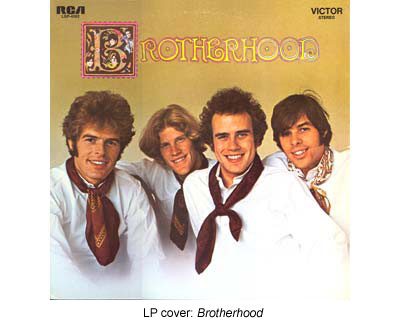 The Brotherhood LP – released in May 1968 — opens with “Somebody,” one of the tracks started at Sound Recorders. A bluesy number with an almost—reggae bit in the middle, the song features manic piano work from Ron Collins. Engineer Eirik “The Norwegian” Wangberg was responsible for some of the innovative sonic effects on this and other tracks. “We don’t know how he did it,” Phil says.

Written on the final Raiders tour by Drake, Phil and Smitty, “Woman Unkind” features massed vocal overdubs and bright horn fills; it was also put down at Sound Recorders. “We had Stephen Stills’ stamp of approval on that one,” Phil notes with pride. 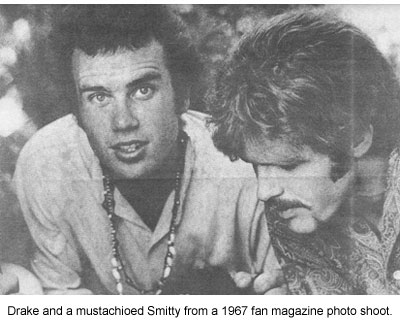 “Pastel Blue” is a Drake Levin spotlight number, with a bossa nova, jazz crooner ambience. Phil recalls that this track was recorded separately (and before) the Brotherhood sessions, and features Jim Gordon (later of Derek & the Dominos) on drums. “It was stuff like that,” Phil observes, “that sabotaged our image.” With the benefit of hindsight, he notes that “We needed to establish our name and sound before we did so much experimentation.”

Heeding — at least for the moment – Altschuler’s concerns that the music being recorded was too far away from the Raiders’ pop style, the riffy “Close the Door” moved things back in a rock direction. (In one of the odd sorts of cross-fertilization unique to the late sixties, a female vocal group called The Clinger Sisters would later use the instrumental track from this recording, overdubbing their vocals; their version doesn’t seem to have ever been released, however.) 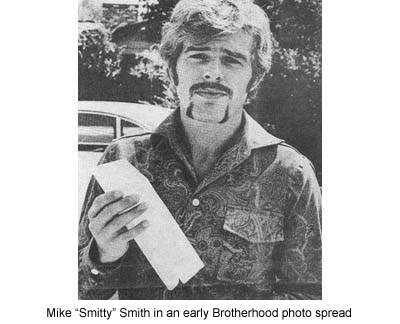 Phil recalls the LSD-influenced heavy waltz of “Doin’ the Right Thing (The Way)” as the band’s “protest song.” The cut features Drake’s sitar work, and Phil recalls that “it’s possible Ron Collins was missing in action on that session, because Smitty and I played Hammond organ together.” He notes that the glissando effect was achieved by playing a clumsily de-fretted Hofner Club bass guitar.

“Drake had to do the National Guard thing,” Phil recalls, “so it was just Smitty and me to finish up tracks like ‘Seasons.’ In Drake’s absence, Smitty got a chance to step up to the plate, to be a little more of a decision-maker.” Musically, Phil describes “Seasons” as representative of Brotherhood’s “core vibe,” which he characterizes as himself plus Drake and Smitty, “all playing acoustic guitars together.” The finished track features contribution from what Phil calls “a gypsy cello player” whose name has long since been forgotten. The song’s elements come together to create something that wouldn’t be completely out of place on The Velvet Underground & Nico. 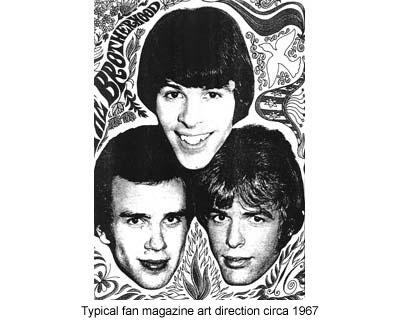 The swirling, psychedelic “Love for Free” was cut mostly at RCA Victor, and has a feel similar to what the Zombies would create on their Odessey and Oracle LP, released around the same time. Written on Phil’s pump organ, it features a baroque string and woodwind arrangement from Kirby Johnson. The band fussed over the track endlessly before settling on a completed mix.

Brotherhood crafted some Parisian cocktail jazz in the style of Charles Aznavour or Serge Gainsbourg for “Lady Faire.” Phil wrote the lyric in English, and asked his mom, Mimi, to translate part of it into French. “We brought in a whole studio band for that track,” he recalls. “And we played with them. We had the budget for it, so why not?” He recalls that Drake didn’t like the vocals, calling them “affected,” but Phil insisted on keeping them as-is. 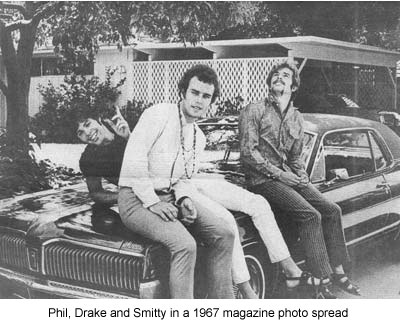 “Ice Cream” is described by Phil as “a tangled lyrical piece.” It starts out with a two-chord vibe similar to Donovan’s 1966 hit “Season of the Witch,” and develops into a heavier guitar-based arrangement as it unfolds. Drake in particular was a fan of the Scottish singer’s style, having covered his “Catch the Wind” on the Raiders’ Just Like Us! LP. “We ran into Donovan a few times,” Phil chuckles, “and probably smoked some grass together. I can’t remember.” 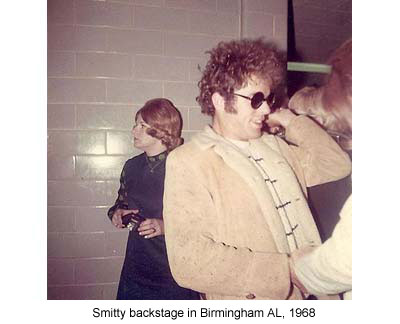