Jump Out the Window: The Brotherhood Story (part 2)

During this period, Phil says that the unsigned band “did some session work for Terry [Melcher] to make some money.” One of those projects included writing and playing on a pair of songs that would eventually appear on Barry McGuire’s 1968 album The World’s Last Private Citizen. The March 30, 1968 issue of Billboard mentioned one of these in its “Special Merit Spotlight.” In this section “spotlighting new singles deserving special attention of programmers and dealers,” Billboard cited McGuire’s Dunhill single titled “Top o’ the Hill,” and credited the composers as “Smith-Volk-Levin.” Billboard described the track as “a wild and raucous gang sing-a-long performed with a ‘live’ audience.” Phil likens the song’s arrangement to Dylan’s “Rainy Day Women #12 & 35.” The other — and better, says Phil — tune they gave McGuire was called “The Grasshopper Song.” 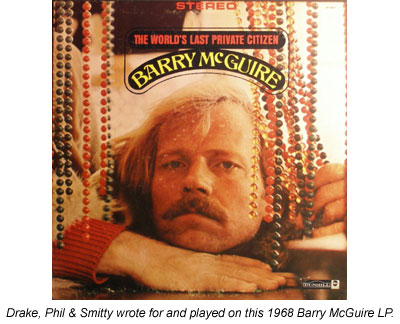 At this stage the band was managed by Leo Makota, a tough character Phil describes as “sort of a John Wayne on acid.” In early 1967 Leo brought Donald “Buddha” Miller in from San Francisco to work for the band. “I had had to leave the Bay Area,” Buddha chuckles, without further elaboration. His new duties included serving as Drake’s driver. “Drake was a wonderfully horrible driver,” laughs Buddha, “and he had lost his license.” Living at Drake’s “Camellia House” in the San Fernando Valley, Buddha was witness to the goings-on there; the house was the site of frequent jam sessions. These involved Lee Michaels, members of The Turtles, Buddy Miles and many others. Although drugs would influence some of the band’s work, at this early stage “there were not a lot of drugs flying around the compound,” Miller stresses. Brotherhood’s newest member, Drake’s friend Ron Collins, lived there too, as did many other people, some “living in closets,” Buddha recalls. “Leo had left to go help David Crosby form CSN,” Buddha explains, and he was left behind as aide-de-camp to Drake and his bandmates. 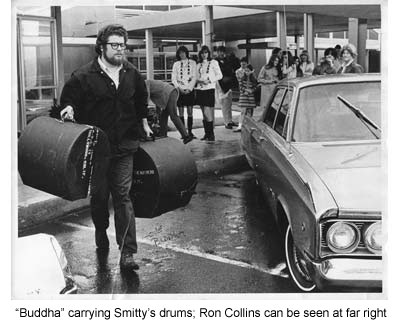 While awaiting resolution of the lawsuits, the quartet retreated to a remote location to relax and get away from the bad vibes. “We used Smitty’s credit card and took a trip to Hawaii,” laughs Phil. “We left our families, our wives behind, and we went to Hawaii with hardly any cash in hand.” Shortly after landing, they rented a pickup truck and drove to the far side of Oahu. “The four of us slept in the cab of that pickup, because we had no place to go.” The next morning, they found some coconuts, broke them open and ate from them. “That was our breakfast,” Phil says. The quartet finally “hooked up with some of Drake’s hippie friends” and crashed at their place. While in Hawaii they wrote some songs and played a few gigs. “We had some fun experiences there,” Phil says, “but we had no money. So we had to come back home.” 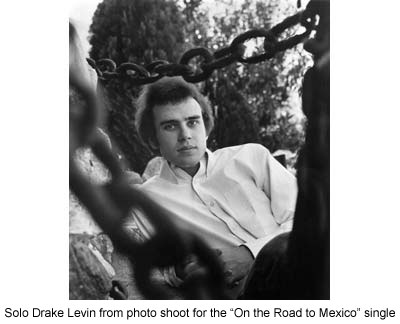 Even though the band wasn’t making much headway, these were fun and interesting times. Once the band was back in California, Buddha recalls a trip that he, Drake and “two TV execs” took to visit the infamous Sonny Barger at the Hell’s Angels clubhouse. “We went up there to pitch Sonny on an idea Drake had: to follow the Hell’s Angels, documentary style, and film a day-in-the-life piece.” Buddha says that Sonny was interested, “but the other presidents didn’t ‘grok’ the concept,” and nothing came of it. Buddha recalls other spontaneous excursions that he and Drake took, including flights to San Francisco to see Jimi Hendrix at Winterland (probably February 1968).

Leo Makota – described by Buddha as “a man for whom the ends justified the means” —would eventually return and dismiss Buddha, telling him they couldn’t afford him any longer. But, Buddha chuckles, “they hadn’t paid me a dime!” With the aid of a baseball bat, Buddha was able to collect all monies owed before leaving. At some point Leo and Drake had an altercation – the details remain shrouded in mystery – during which Makota “took Drake outside and beat the shit out of him,” says Phil. Soon the manager was gone, replaced by Don Nelson, uncle of Rick and brother of Ozzie. Phil says Don “helped us through a difficult period. He helped negotiate a record deal; he helped us focus.” 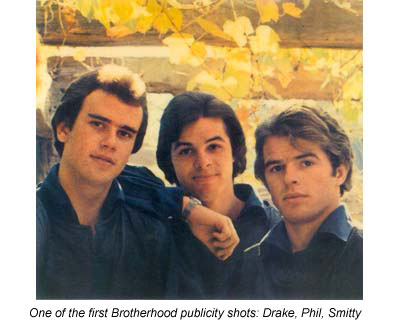 Not long after returning to Los Angeles, Brotherhood sorted out their lawsuits and got a deal with RCA Victor. In the “Signings” column of Billboard‘s June 1, 1968 issue, the magazine gave the band its first and only mention. Calling Brotherhood “a new West Coast group,” the brief blurb noted that “The group writes its own material and will produce its recordings for RCA.” Other notable signings that week were “the Deep Purple, a London Group” (signed to Tetragrammaton), and “the Strawbs, an English group, to A&M.” 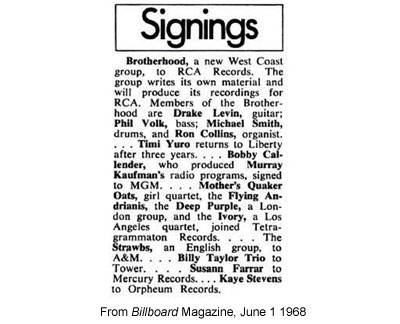 Finally, more than a year after leaving the Raiders, the new group could get moving. “The record deal was our coming-out party,” Phil says. “We had been doing a lot of writing and recording at Sound Recorders in Hollywood,” he recalls. Engineer Eirik Wangberg characterizes those pre-album sessions as “highly effective…working constantly.” “We had a few songs in the can,” Phil recalls, “and we were able to present those to RCA and say ‘Here’s what we’ve got; we’d like to finish the album.’” One song from that period — a cover of Larry Williams’ “Slow Down” by way of the Beatles’ arrangement – was never released, and that tape’s whereabouts are unknown.