Album Review: Mayer Hawthorne – How Do You Do 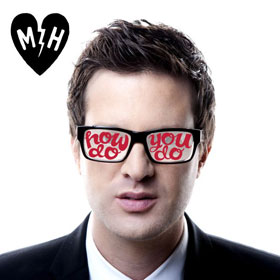 Get ready for a musical experience that will take you back to early 70s Detroit. Close your eyes while listening to How Do You Do, the second full-length from Mayer Hawthorne, and you’ll have no difficulty imagining yourself seated on a comfy naugahyde couch. If you’re a gentleman, you might just imagine a lovely lady there on the couch with you; she’s dressed in a halter top. You might be sharing a fine glass of Champale, even.

Yes, Mayer Hawthorne is decidedly retro. This slight, bespectacled Jewish guy from Detroit (born Adam Cohen) got his start as a rapper, but listening to this album (and his debut A Strange Arrangement), it’s clear that he consumed a steady diet of classic soul and r&b. You’ll hear distinct echoes of Barry White, the Dramatics, and even a bit of Gamble-Huff Philly-style soul on these grooves.

Understated but meticulously-crafted arrangements are the foundation of How Do You Do. While A Strange Arrangement was built on Hawthorne’s laptop, this album – on a major label and presumably benefiting from an increased recording budget – doesn’t really sound all that different. That’s not to say that it’s not high-gloss, note-perfect production; it’s rather to point out that irrespective of his budget, Hawthorne nails the aesthetic.

Concessions to modern trends are few: you could easily pass How Do You Do off to your friends an a long-lost collection of classic sides. Hawthorne strikes a Hall and Oates vibe on “A Long Time,” and “Dreaming” sound like nothing so much as Electirc Light Orchestra (Hawthorne’s a fan: he covered “Mr. Blue Sky” on an EP earlier this year). Leave it to Mayer Hawthorne to point out the sonic connections between Detroit sweet soul and British progressive-pop.

“The Walk” sounds like classic beach music (east-coast style); it’s easy to imagine people shagging to it (both kinds). Lyrical splashes like “Baby’ you’re pissing me off” and “change your fuckin’ attitude” might keep it off the charts in its current form, but the smooth “so long, you did me wrong” backing harmonies are a delight.

On one hand, Hawthorne’s retro shtick is slavish in its attention to detail: there’s not a note out of place (or, more succinctly, out of time). But a pastiche of such high order cannot be created by someone lacking a full and heartfelt understanding of the styles referenced throughout. Whether it’s a slow jam like “Get to Know You” or an uptempo Miracles-styled outing like “Hooked” (with subtle horn charts), Hawthorne always hits his mark: his aim is true.

There are plenty of highlights on How Do You Do, but “You Called Me” is a strong contender for the album’s best track. Hawthorne illustrates his vocal versatility; he trades in a variety of vocal personae throughout the album. Here he’s the smooth and smokey (sic) romantic leading man, backed by female chorus.

“You’re Not Ready” recalls the Dramatics and the Miracles (specifically “Ooh Baby Baby”). In fact How Do You Do improves on Hawthorne’s approach: while some of the tracks on A Strange Arrangement were rewrites – albeit clever, well-executed ones – of older songs (witness “Your Easy Lovin’ Ain’t Pleasin’ Nothin’,” an alternate-universe “You Can’t Hurry Love”), the songs on How Do You Do take the styles from the past, but apply them to songs that are a bit more original.

“The News” features toy piano as its centerpiece, and this sprightly little tune is over in just past a minute and a half. Which makes a point: Hawthorne’s songs never wear out their welcome. The hooks are generally front-loaded, making sure the songs don’t waste time getting to their point. And only one of the twelve tracks breaks the four-minute mark. One of Hawthorne’s musical rules seems to be to make his mark and move quickly on to the next one. The net effect is an album that blows by quickly — never flagging, never faltering – racing to its end. It’s quite likely you’ll want to play it again immediately on its finish.

Note: Mayer Hawthorne will return to Asheville NC to perform at the 2011 Moogfest. 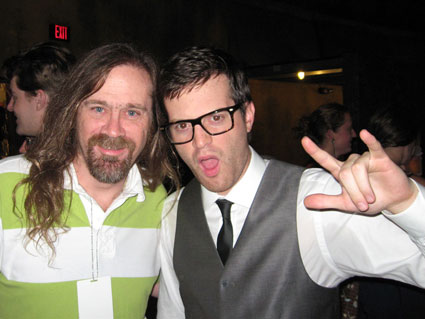