Continued from my previous entry, here’s Part Two of my conversation with legendary bassist/vocalist John Wetton.

Bill Kopp: Two tracks on your new album, Raised in Captivity, feature Tony Kaye. Have the two of you worked together before? 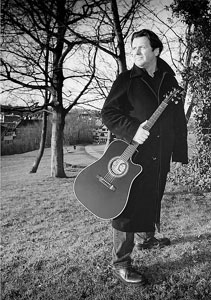 John Wetton: That came straight from Billy Sherwood. [Ex-Yes members Sherwood and Kaye have a band called Circa; look for a review of their new album And So On in this space, soon. – ed.] We needed some Hammond organ. As you may have noticed, the album is guitar-driven; it’s not keyboard-driven. Most of my stuff is written on keyboard; that’s my first instrument. So usually my stuff is ninety percent keyboards, and ten percent guitar. And on this one, the ratio is exactly opposite. And it’s really because I tend to write…I live in a very kind of semi-rural situation where I’ve got a piano and a guitar. I will end up on my own writing dreary folk songs. And unfortunately, my record company is not overly fond of my dreary folk songs.

So what happens is, I take those dreary folk songs to Los Angeles, where life is on the edge. Helicopters, police all over the place. Lots and lots of action going on. And I work with a guy who probably drinks too much caffeine. So I get that edgy energy going into my hideous folk songs, and end up with what you’ve got in front of you now. This sort of high-energy soup contains — somewhere in there – my little old dreary folk songs.

You get a song like “Goodbye Elsinore” stuck in the middle of “Lost for Words” and “Raised in Captivity.” For me, if I were a record buyer and not making records, that’s exactly what I’d want to hear from me. I would not want to listen to fifty minutes of John’s dreary folk tunes. I’d love to hear that, but I want something else as well. I want that energy; I want that rock’n’roll. And that’s what Billy provides. That’s what the setting provides, and that’s why I went to Los Angeles. 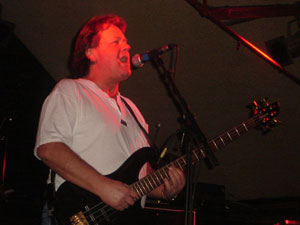 BK: Is there anyone you’ve not worked with, that you’d like to collaborate with on a musical project?

JW: Yes. I’ve always wanted to do a duet with Agnetha Fältskog, the singer from ABBA. I worked with her in the eighties on one of her solo albums. She’s got such a beautiful voice.

The great thing about having a solo album is that you can do what the fuck you want. And with whom you want. The thing I can’t do on Asia records…if I want to write something intensely personal, I don’t feel I can drag the guys into my corner and say, “This [character] is at the lowest point.” Because they’d say, “We don’t relate to that.” They also feel that, with Asia, I’m the spokesman for the group. If I’m singing, I’m the spokesman. And I don’t particularly want to get my stuff involved with…I don’t want people to think I’m representing the group [with that kind of material].

So I don’t drag them into my corner, and a solo album is the place where I can do that. One of the first people I listened to, ever, was Joni Mitchell. I was shocked that she could come out with lyrics that were so intensely personal. She would always write in the first person; it changed the way I thought about songwriting.

There was a whole wave of songwriters like that: James Taylor, Carole King. And I had always thought in the prog-rock way, where you’re making an observation. It got me into writing more and more personal stuff. Whereas now, I don’t mind spilling my diary onto the pages of the rock tune. But there are certain places I can’t go with the band. So Raised in Captivity was a good outlet for me. There’s a lot of stuff on there that’s intensely personal. And it’s a good way for me to get it out.

Life is not a bowl of cherries all of the time. And people can listen and realize, “Yeah, my life is like that, too.” The feedback that I get from fans — from people who buy this stuff – is that they love reading about that someone else’s life isn’t so perfect.

BK: I understand what you mean; some things work in one context but not in another. Though history proved him wrong, Mike Love famously told Brian Wilson, “Don’t fuck with the formula.” 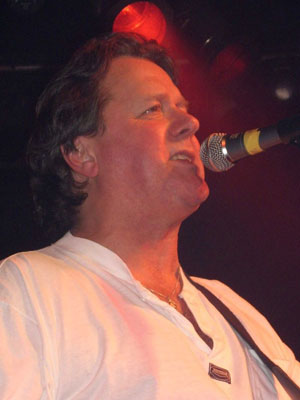 JW: Brian Wilson is one of my biggest influences in terms of making records. I will forever remember the day when I was listening to my transistor radio under a pillow – you know, Radio Luxembourg – and “God Only Knows” came on. I just freaked. I thought, “This is the most beautiful thing I’ve ever heard.” And, it also told me that anything is possible. You don’t have to be afraid of doing anything in the studio.

JW: Seriously? Well, if he thinks it’s good, it must be good!

BK: Last year Fripp and Steven Wilson did what I thought impossible: they made King Crimson’s Red even better than it was.

JW: I went to the playback of that. And Steven Wilson said to me, “Great, isn’t it?” And I said, “Yes, but it did sound great in the first place.” It’s got better with age, though, yes.

BK: On that record you set the standard for bass playing, one that other players have spent their entire careers trying to catch up to. Do you agree with people like me who hold that work — and your contribution to it — in such high regard?

JW: Yes. In a certain way, I was at the peak of performance on that record. I was young, muscular and full of energy. And I didn’t have all of the jaded stuff that goes with middle age. The whole thing was that we captured that record when we had just come off tour. We’d been playing a lot of that material on tour. We walked into a studio in south London, and it was a gorgeous summer. We just laid it down. We laid it down as we would if we were playing it live. Then we proceeded to overdub onto it. 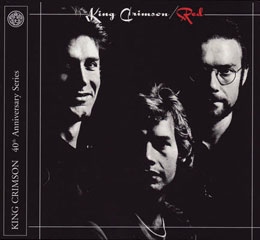 The sound that comes out on that record is as it was, played live. We were in the right studio at the right time, with the right engineer. And it was fabulous; we were all at the top of our game. I was really knocked out with the album; I thought it was great. No one else was that keen on it at the time, but since then, it’s blossomed. Nobody liked the fact that we had our photograph on the cover…

JW: Three Beatles, yes. And we did a few things on there that King Crimson didn’t normally do. At the time, there was a bit of, “Whoa, not so sure about that.” In retrospect, I’m glad we did the whole thing. 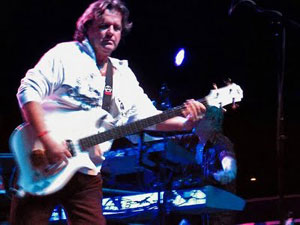 And I’d agree that the 5.1 mix is fantastic. It’s as clean as a whistle. But it was pretty good to start with.

BK: I’d argue that you’re equally known in progressive and pop circles for both your bass work and your voice. And in fact you’re one of few artists — especially on the progressive side — that is renowned for two things; usually an artist is lucky to get even one. Both when you started out and now, who influenced your playing style?

JW: Basswise, Johann Sebastian Bach, Jack Bruce, Ron Carter, Miroslav Vitous, Paul McCartney, Chris Squire, John Entwistle, lots of others. I’ve been influenced both basswise and vocally by pretty much everyone who’s any good. I always try to take something away when I see a great concert or hear a great record. So inevitably we end up an amalgam of everything that we want to be. Everything we see, we take little bits of.

My roots are in church music, which is probably why I identify so strongly with Brian Wilson. Because he thinks in church harmonies. The way he uses an organ bass pedal instead of a bass guitar.

So, all of those people I mentioned. And vocally, everyone from the Beatles, Eagles…Don Henley is one of the greatest singers ever. He also performed one of the best concerts I have ever seen — ever, ever – in my life. It was in Los Angeles, ‘round 1991-92. It was an invited audience to the soundstage at A&M lot. It was a coliseum show, but for about three hundred people. Unbelievable. Full band, full lighting rig, everything. He did a fifty-minute show, and his encore was “Hotel California”  and “Desperado.” [laughs]  I was practically in tears!

BK: I bought Caught in the Crossfire when it came out and was surprised at how — in a good way — conventional it was; having at that point heard you mostly in Crimson and UK, I expected something a bit darker. In retrospect it pointed the way you would bridge progressive and mainstream rock with Asia. The constant, of course, is your voice and thundering bass. You’ve explored a lot of different styles on your own records; is there a style or sort of music you’ve yet to take on, that you’d like to explore?

JW: I don’t think you’ll be getting any trumpet solos out of me.

I say this with pride: my roots are church music, and I love orchestral music. I grew up in the middle of progressive music, and I try never to forget the little bit of rock that separates it from being a mishmash of orchestral and prog stuff. For me, it always has to have a little edge of rock. Sometimes it has a big edge.

It wasn’t church music that made me join rock bands. It was rock. For me, progressive music — as it was in the 70s and 80s – is purely an amalgamation of classical and rock music. Putting those two together, you have melodic rock music. From there springs the Beatles, Beach Boys, Procol Harum. Everything comes from that amalgam. And it’s a beautiful marriage; I think classical music and rock music were made for each other.

BK: Will you be doing any live dates in connection with Raised in Captivity?

JW: With any kind of enterprise, there has to be desire. And at the moment, I’ve just come back from three months on tour. And I am so loving sleeping in my own bed, and making a cup of tea in my own kitchen. I am just adoring being at home at the moment.

Give me another month, and it will be the easiest thing in the world for me to put a band together and go out and do some dates. But right now…mmm…I’m enjoying my creature comforts at home. But…just for the moment.