When presented with the specious argument that the music of the 1980s sucked, part of my own Exhibit A is the music of The Psychedelic Furs, especially that group’s first three albums. Way back in 1979-80, around the time of its release the London group’s self-titled debut was rightly hailed as innovative and groundbreaking. The group’s sound drew from punk, but imbued the songs with a slower, moody and occasionally sinister vibe. In music magazine print features of the era, much was made of the fact that the band members could barely play their instruments. Speaking to bassist Tim Butler days before the group’s July 2011 show in Asheville NC, I asked him how much of that story was hype, and how much was true.

“The whole thing about Richard [Butler, vocalist and Tim’s brother] saying, ‘Do you want to form a band?’ was that I couldn’t play anything,” Tim admits. “I hadn’t even been messing around at home with a guitar, or anything.” Richard asked Tim what instrument he wanted to play. “I said, ‘bass.’ And he said, ‘Get a bass, learn to play it, and we’ll form a band.’” 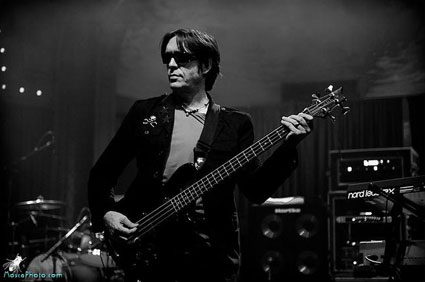 “I had only been playing bass for about a year when we did our first shows,” Tim recalls. “I think that Roger [Morris] — the original guitarist – had been playing for a few years. John Ashton [guitar], for a couple of years. Duncan [Kilburn], the sax player, was barely proficient,” Tim laughs. Vince [Ely] the drummer had played with a few bands, but he wasn’t incredibly proficient.”

“We were all pretty much beginners at it,” Tim reflects, “which is why, I think, the sound came about. We’d go into a studio, we’d all be messing about on our instruments, and something would come about. If you were a taught musician, if you played a certain chord against something else, that would be a no-no. But for us, when those accidents would happen, we’d say, “Cool. Let’s do that!’ And that made our sound different.” There was no one there to tell them what they were playing was wrong. “It’s the right way if it sounds good,” Tim says.

When The Psychedelic Furs came out in the USA, it sounded like nothing else most people had heard. The record had the energy of other punk acts, but the Furs always managed to change it up in terms of tempo and general feel of songs. From the beginning the band had more texture and dimension than, say, the Ramones. “A reviewer at the time dubbed our music ‘a wall of chaos,’” Tim says. “Everybody in the band was trying to make themselves be heard. Someone else said we sounded like ‘a fairground in a cement mixer,’” he laughs.

In the early 80s, Tim and their bandmates considered acts including The Cure, U2, The Soft Boys and The Monochrome Set among their peers. While each group had its own signature sound, each applied something fresh and new to their brand of rock, creating enduring music in the process.

Over the course of the 80s The Psychedelic Furs went from one producer to another, enlisting the skills of Steve Lillywhite, Todd Rundgren and Keith Forsey to help create their studio releases. For a time – and for better or worse — each change seemed to move the group in more of a commercial, mainstream direction. While each producer had his own approach, Tim says that the band’s musical goals influenced their choice of producer, not the other way around. “What influenced our direction was us listening to music around us — what was on the radio – and then we’d write the songs, and choose the producer from there.” 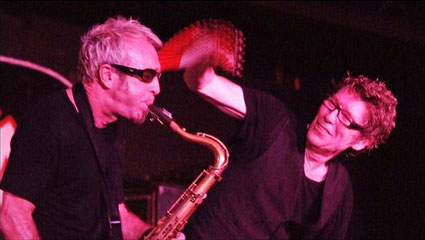 Many groups have latched on to the very interesting and successful idea of presenting whole albums live onstage. The Church, Camper van Beethoven, Arthur Lee and Love, Brian Wilson…the list goes on and on. On their current tour The Psychedelic Furs are recreating their second release, 1981’s Talk Talk Talk in its entirety. “It’s funny,” says Tim. “I had an argument with Richard about this: his favorite album is Talk Talk Talk. Mine is Forever Now [the Rundgren-produced 1982 album featuring the hit single ’Love My Way’].” The fact that 2011 marks the 30-year anniversary of the former – featuring the original and best version of the hit single “Pretty in Pink” — settled the argument.

Asked if he foresees a time when the band might perform the first album or Forever Now, Tim replies, “Absolutely.” But, he quickly adds, “Definitely never, ever Midnight to Midnight!” That record is the group’s most pop-oriented outing, and suffers from a reliance on now-dated drum machines. “People think it’s all drum machines because it’s so poppy,” Tim observes,” but there are more real drums on there as well.” 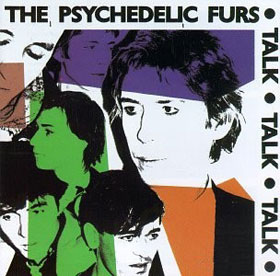 There is talk of an eventual new album from The Psychedelic Furs, but on the current tour they’ll be sticking to already-released material. “Some of the songs that are in the Talk Talk Talk set, we haven’t played since the album came out,” Tim says. “It’s quite refreshing. It’s been more than thirty years since we’ve done songs like ‘I Wanna Sleep With You’ and ‘So Run Down.’ So that stops it from being the usual suspects.”

“Although,” Tim hastens to add, “the usual suspects do show up in the second set.” He calls the current configuration of the band – brothers Tim and Richard Butler plus Rich Good (guitar), Mars Williams (sax) Amanda Kramer (keys) and Paul Garisto (drums) — “the best-ever touring version of the Furs.”

When I mention the 80s-music-sucked argument to Tim, he has a ready reply. “I think that most nineties music for the most part sucked. Rap-metal!? I think most grunge sucked. Mind you, I think it’s the eighties, people said ‘70s music sucked!’ All those decades had their fair share of pretty bad music,” Tim concludes. “And hairstyles.”

Note: The two photos that accompany this feature are © their original copyright owners.