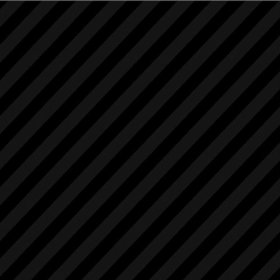 Will Owsley (known as just plain Owsley) was a tragically underrated powerpop musician of the highest order. As an early collaborator with Zak Starkey (Ringo’s son and later drummer for Oasis and The Who) in a group called The Semantics, he made a great album that almost nobody outside of Japan heard. That record, Powerbill, did establish a template for his sound. Yet for this he gets not much more than a footnote in musical histories.

His later work with Amy Grant (no, really) and Shania Twain was his bread and butter – he worked with Grant for sixteen years, up until his senseless taking of his own life in 2010 —  but powerpop fans revere him most for his first solo album titled Owsley. Thankfully it sounds nothing like Amy Grant or Shania Twain.

What does sound like Owsley, though, is the new self-titled album by The Genuine Fakes. A four-piece acts from Sweden, the group includes members with fanciful names (Joey Fake on guitar, Johnny Fake on drums, etc.) But any similarity to The Ramones ends there (and the bassist’s name is Morty Fake, a not-very-Ramones-ish moniker after all).

The album kicks off with a theme song (or commercial; it’s about a minute long) called “The Genuine Fakes.” The hey-hey-we’re-the-band approach features earnest powerchording, clearly enunciated Midwestern pop vocals, and plenty of oohs and aahs. “The Promise” is like most of the record’s songs in that the vocals are nearly too perfect: these Swedes have clearly studied pronunciation; there’s nary a hint of Svensk.

The Genuine Fakes’ recipe is equal parts Owsley powerpop and early 2000s pop-punk, expertly played and with dollops of catchy riffs. In a few places – as on “When Reality Hits You” the band’s sound suggests Jellyfish, but the arrangements are more close-in, never reaching for the epic, widescreen aura of that band. The insistent “I Don’t Want It” is the highlight of the album, but there are no clunkers on this consistent set of tunes.

There’s nothing on the record (known unofficially as “the striped album”) that pegs it as a 2011 release; in fact most of the tracks would be right at home on Jordan Oakes’ Yellow Pills compilations. There’s no great art within the grooves, no great secrets within the lyrics. But then for the most part that’s not why people are drawn to powerpop. (Of course if/when they are, there’s always Big Star and Badfinger.) This record won’t change your life. But for a more modest goal – delivering straightahead, top-down-cruisin’ music —  The Genuine Fakes are the real deal. (Available from Kool Kat Musik.)