Progressive rock band The Pineapple Thief recently released their latest album, Someone Here is Missing. In my wide-ranging conversation with TPT leader and songwriter Bruce Soord, we discussed the concept of album-based music, the new record’s distinctive artwork, and the inescapable comparisons between The Pineapple Thief and a couple of other well-known bands.  Continuing from Part one, here’s part two of our conversation. 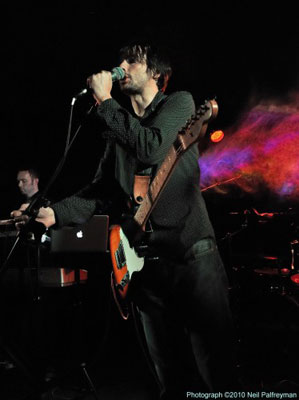 Bill Kopp: I have to admit that I was as guilty as anyone upon hearing 3000 Days, my first exposure to your music, of thinking you sounded like a cross between two bands I won’t name…

Bruce Soord: Well, I read your review. And I remember commenting that I really enjoyed reading it.

Bill Kopp: That said, I liked the music very, very much. If you don’t mind my making a slightly different sort of comparison, both of those bands, over the course of their first several albums, faced similar criticism. the music got good reviews but was viewed — by some — as perhaps too similar to other artists. Now, of course 3000 Days was a compilation of your material up to that point. I hear more of a distinctive The Pineapple Thief sound coming through on this album. So, do the comparisons annoy you?

Bruce Soord: Ever since day one – even with the band I had before The Pineapple Thief – where I wasn’t really even the creative force – we were getting Porcupine Tree and Steve Wilson [comparisons]. And this was back in ’96, back when he was doing his more ambient stuff. I don’t know why – maybe there’s not enough people in this kind of arena, doing this kind of music – or, was I guilty of having the same set of influences. Or…of hearing Porcupine Tree and not realizing when I was in the studio that I was nicking something. I really don’t think I was. But a large proportion of the reviews picked up on that.

In the early days — when we were struggling to build up a fan base — if anything, it helped. Because loads of fans would come over and say, “I found out about you in a Porcupine Tree forum” or whatever. But then as we got bigger, we started to think, “No, this isn’t helping.” And you picked up on it. When I listen to the Porcupine Tree catalog, I personally can’t hear where the link is. But clearly, other journalists are.

So I do think it made me a little more retrospective after 3000 Days. I thought, “Hold on, mate. If everyone’s saying this, then I’ve got to think about where my influences are, and what direction I want to take this band in.”

Bill Kopp: For what it’s worth, from my standpoint – and I’m just one person – the feeling that I got was that it was not that you were nicking them, but that you grew up with the same set of influences, likes and dislikes as Steven Wilson did. 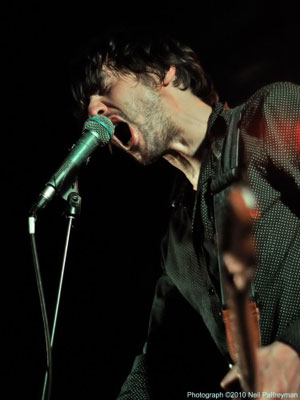 Bruce Soord: That’s true. We’ve both obviously grown, but we both listened to Pink Floyd as kids, and listened to all the progressive acts of the 70s. And in the 80s and 90s, there was a period when neo-prog was the happening thing: Marillion and bands like that. I wasn’t listening and thinking, “I’m totally turned off by that music.” But I wanted to take progressive influences and move them on. I wanted to get all the interest and emotion from the 70s, but bring all the modern influences. And I just think that’s exactly what Steve Wilson was doing, before me. And there didn’t seem to be a lot of other bands taking that same sort of trip.

Bill Kopp: I’ve been playing Someone Here is Missing constantly these last few weeks, and I really like it. The album has a curious effect on me, though. Similar to the other of those other bands whose name I won’t mention — their breakthrough album [OK Computer – ed.] quickly became one of my all-time favorites. It really knocked me on the head. But to this day I probably can’t identify more than a song or two off of it by its title. I think of the whole thing as a piece, and that’s how I listen to it. I put it on and sort of let it wash over me. That rarely happens with me, but it’s happened with your new album. So my question: is it just me, or did you approach the album a unified piece of work?

Bruce Soord: That’s a good thing; I’m the same way. I’ve gotten similar experiences with all of Radiohead’s albums, and I do listen to them. The other day, I was talking to someone, and he said, “’Wake Up the Dead’ reminds me of blah-blah-blah by Radiohead.” And I had no idea what he was talking about, so I had to Google it, find it and play it. Then I said, “Oh yeah! That song!” Because it’s just music to me.

Bill Kopp: A number of critically-acclaimed bands have made a point over the last few years to re-release their earlier material, which is otherwise quite difficult and expensive to obtain. Does that sort of approach — re-releasing the early stuff, which may or may not have much of a sonic connection to what you’re about now – does that hold any interest for you? Even as, perhaps downloads only?

Bruce Soord: That’s a really good question. K-scope are wanting to do just that. And that was a big part of it when they signed us; they didn’t just like the music, but they could see that we had a back catalog that was out of print. At the moment a lot of it’s going on eBay now. The Cyclops one [Abducting the Unicorn] is going for about £100 now. 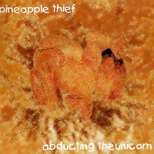 And it’s stupid. It’s annoying for me as an artist to think that fans are paying that to hear it, to get a CD. So for that reason, I’m keen to get the back catalogue out. And I know K-scope are. But as an artist, it’s always about the here and now. I do look back on my career and think, “At the time I was proud of that, and it’s made me who I am today,” but I haven’t got the same kind of energy for remastering and getting the back catalogue out as I have for “Let’s think about what I want to do next.” Because as a songwriter, I’m just desperate to think, “Right, what’s the 2012 album from The Pineapple Thief going to be like?”

So it’s mixed. Because it’s out of print and because the fans want it, it’s got to be reissued. And I think K-scope are on the case, doing that.

Bill Kopp: Artistic considerations aside, from a purely economic standpoint it makes more sense for you to make a couple pounds from your work than to have some clown make a couple hundred from selling one copy. Because it’s your stuff.

Amongst fans, a few of your live shows have been recorded and traded, including three shows from last year. What’s your position on fan recording and trading? 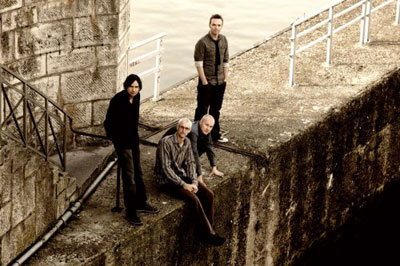 Bruce Soord: The main thing about people trading live stuff is, a lot of the shows you just wouldn’t want them to be out there! [laughs] I had a look around Youtube the other day, and was amazed at how many people are filming songs on their phones. Again, I have mixed feelings about that. The problem is, I just don’t think you can fight it. The internet is such an anarchy that if someone wants to record you on their phone, you can’t stop them putting it on Youtube and sharing it. So it’s a tricky one.

Bill Kopp: Speaking of live shows, when will we get to see the band in the USA?

Bruce Soord: At the moment, we’re really focusing on Europe, only because that’s where our promoters are getting us the gigs.

We’ve only played the US twice. Philadelphia, a good couple years ago, was an absolute disaster. It was a terrible gig. It’s awful, because it’s not like taking a band and driving half an hour down the road to a venue, doing a bad gig and going home. Flying across the Atlantic, doing a bad gig and flying home…oh, that was a long trip home!

So we came back this year, and we played Nearfest. Which is quite a unique experience. But a great crowd.

Bill Kopp: If they didn’t know your music already, you probably gained a whole lot of new fans there.

Bruce Soord: We did, and you can tell. Especially with the modern prog connection, there’s a lot of people who wanted their sort of technical, difficult-to-describe music. And when we come along, with more melody and modern influences, I think some people didn’t get it. But most people did, and we got a great, great reaction. And everyone there was asking, “Why can’t you come and play my town?” 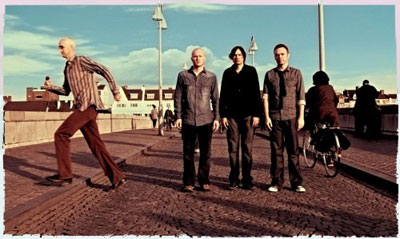 It’s really frustrating, because we’d love to just get on a bus and drive around America for a couple of months.

Bill Kopp: But that’s not practical, because the US is so spread out. And in my experience, rock acts are less likely to come to this part of the country (southern Appalachia) because it’s harder to get people out for that sort of show.

There are exceptions. A couple of years ago Smashing Pumpkins came here (Asheville NC) and played five nights at the Orange Peel. But in general it’s often prohibitive for acts to tour all over. Even American acts.

Bruce Soord: I was talking to our manager about that. I was asking, “What do you do?” We’d go on a tour bus maybe around the Northeast, and then you sort of turn east and drive across land until you get to San Francisco and L.A.! So it’s bizarre.

I’d love to, though. I’ll have to speak to Steven Wilson, to see what they do. Because I know they do a lot of dates around the States.

Bill Kopp: Not to belabor the comparison, but I think that anyone who enjoys what Porcupine Tree does would be interested in what you’re doing. In the same way that someone who likes Pink Floyd might like Led Zeppelin.

Bruce Soord: [laughs] You’ve taken one of my quotes almost exactly! People keep saying the Porcupine Tree thing, or the Radiohead thing. And I say, yeah, well, in the rock arena we’re not really a million miles away compared to, say, Celine Dion. We still make completely different music, but…yeah.